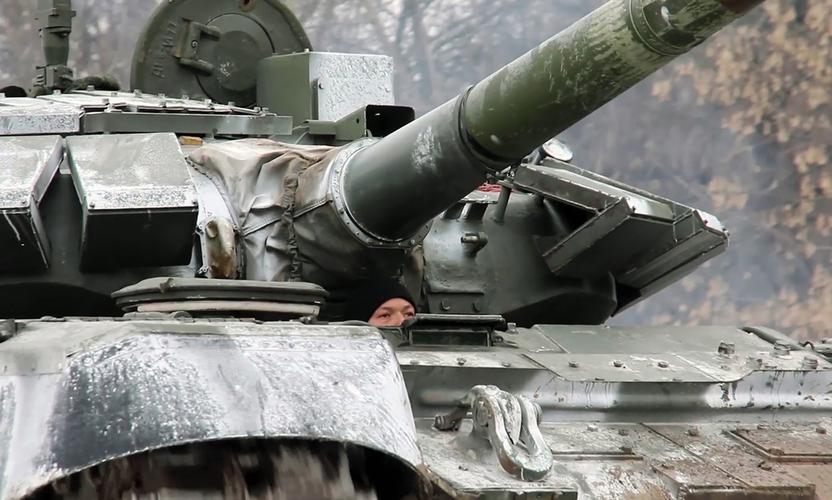 Global markets have reacted as expected to news of Russia's recognition of two separatist Ukrainian regions and troop movements in those areas, with stocks coming under pressure and energy and commodity prices rising further.

Much of the ‘war risk’ premium has already been factored into spot prices in recent weeks, but any tit-for-tat sanctions imposed by major powers in response to a full-scale invasion of Ukraine could have a bigger impact. Sanctions are more likely to be placed on capital rather than commodities, though the military disruption in Ukraine could push up food prices. Any additional inflation on top of already high energy prices could create further headaches for central banks.

Energy prices jump but sanctions impact is harder to quantify

Behavioural and technical market indicators, such as sentiment and positioning, are generally flashing red in the wake of recent events, even as oil prices climb. Many commentators have increased their estimate of long-term oil prices to $80+ per barrel due to structural underinvestment on the supply side and only a gradual impact on the demand side from the energy transition. This has taken spot prices to well above the long-term marginal cost of production, especially for natural gas (a far more ‘regional’ commodity than oil) which is now five times its marginal cost in Europe.

First order effects, i.e. the potential disruption to the export of oil and gas from Ukraine, have little impact as local production is limited. However, Ukraine is an important transit country - Europe gets 8 per cent of its gas from Russia via Ukraine’s pipeline - so any disruption to the flow of gas could have big second order effects as other operational pipelines are at capacity. Oil transit through Ukraine is less of an issue.

Third order effects could come from sanctions, but these are harder to quantify. There are a few ‘sanctions playbooks’ that we can draw from:

1. The Russian invasion of Crimea in 2014 - energy exports were not targeted with sanctions by the Obama administration at all, so the impact on energy equities was limited.

3. The sanctions bills currently being debated in the US, which allude to banks rather than energy firms; but some sanctions may apply to new pipelines.

Based on what happened with Crimea and the harm that would be visited on Europe if energy exports were stopped or metals production reduced, we expect any initial sanctions to be imposed on non-energy exports and financial services, i.e. attempting to cut Russia off from financial markets. Financial sanctions and some curbs on energy services imposed following the annexation of Crimea had little or no impact on Russian energy exports.

The danger with whatever type of sanction the rest of the world imposes is that Russia might retaliate by cutting exports of oil and natural gas. Russia is the third biggest oil producer in the world and a large net exporter of oil and oil products - about 7 per cent of global supply. It is also the second largest producer of natural gas in the world.

And while refusal to export energy to Europe would hurt Russia financially - increased exports to China would not be sufficient to offset the lost revenue - history has shown that Putin is willing to take financial pain for political gain.

With Russia’s gas exports to the EU making up 40 per cent of supply, any disruption would be significant. Given the already considerable rise in living costs and disproportionate impact on lower earners in Europe, it is unlikely to be palatable politically for consumers and already stretched utilities to have to absorb even higher costs. The global oil market is also particularly vulnerable to shocks due to inventory deficits, spare capacity, and industry capex levels.

So far, Russia is meeting its contractual levels of energy and gas exports but has held back on top up volumes. So while gas volumes to Europe might dip as seasonal demand wanes, there is no sign of a cliff edge drop in Russian exports as yet.

US shale cautious about coming to the rescue

If Russia did cut off supplies, Europe could not rely on the US to increase energy production and ease the global price squeeze. Big independent US producers are wary of being caught out after over-investing before the pandemic and waging price wars with OPEC, and then being exposed when oil prices briefly went negative in 2020. This time they are likely to be much more cautious about capital allocation and ramping up production.

Instead, Saudi Arabia and other Middle East producers may be asked to fill supply gaps. The US may even lift some sanctions on Iran to allow for greater energy production, but this would not be sufficient to close the supply gap left by Russia.

Implications for energy and food sectors

Higher energy prices are typically good for the energy sector. However, while the largest Russian energy companies - Rosneft, Gazprom and Novatek - are unlikely to be affected by sanctions immediately, their share prices could remain volatile depending on how the conflict progresses.

Beyond Russia, some global firms could face short-term uncertainty. BP, for example, owns 20 per cent of Rosneft and Total owns 17 per cent of Novatek. The impact on these firms will depend on the nature and extent of any sanctions, and could differ from those inside Russia.

Global food production may also be impacted. Ukraine is one of the largest growing areas in the world and the largest in Europe. Even without sanctions, local farmers may find production is disrupted by the conflict and this could have knock-on effects for global supply chains.

Given the backdrop of severe escalation between Russia and Ukraine, the key macro channel which is now in play is energy prices, given Russia’s dominant role as an oil and natural gas exporter.

Regionally, Europe, which has very high dependency on Russian gas, is heavily exposed and is likely to see a renewed inflation surge as the situation deteriorates. Should sanctions lead to disruption in energy flows, the associated rise in global energy prices will lead to a further inflationary impulse.

From a policy perspective, supply side shocks are incredibly tricky to manage. On the one hand, monetary policy can do little to affect supply side issues but at the same time supply side shocks can start impacting inflation expectations, a dynamic which took hold as a result of the Covid shock too and led to the current hawkish pivot.

All in all, this increases the likelihood of stagflationary outcomes in the near term with potential for further deterioration in the growth/inflation mix if energy supplies from Russia were to be disrupted.

Here, it’s important to note that the challenges facing the European Central Bank are likely to be more complex than those facing the Fed given the differential linkages, and any hawkishness will need to be tempered against the backdrop of a potentially stronger growth impact.

Moreover, any tightening of financial conditions as risk sentiment turns will be important to watch, as will its permanence. At the current juncture, we still think that upside inflation risks which can turn into negative growth disturbances remain the main scenario facing key central banks.

In terms of non-traditional risks, the dimension of cyber risk will be an important one to watch closely. We think central banks are unlikely to lean against the hawkish expectations for now and will let the market do the job for them.

A stagflationary shock here only makes the policy-making environment trickier especially for the ECB and we continue to flag that the current macroeconomic environment remains challenging for risky assets. China remains an outlier, with easing set to continue as the inflation shock from higher energy prices is likely to be buffered through state-owned enterprises.