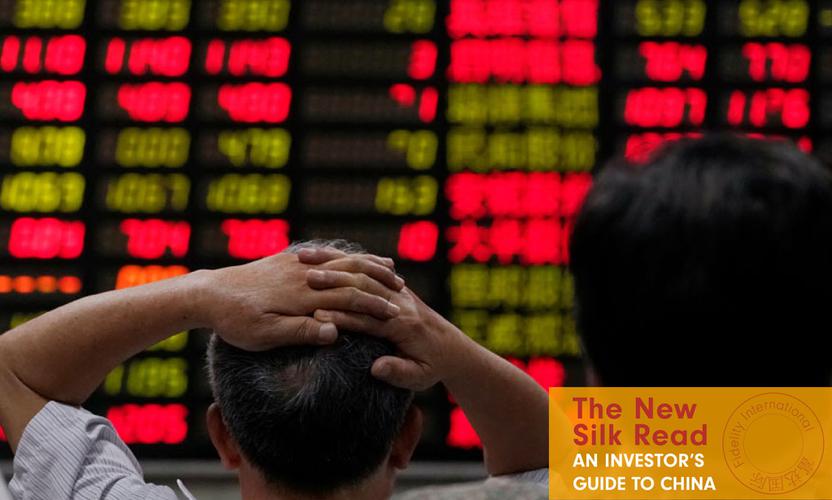 China’s onshore equities fell by around 8 per cent on Monday in a tumultuous session that was the worst for Shanghai’s main index since August 2015. However, this was to be expected as markets caught up in the first trading day following the weeklong Lunar New Year holiday. Indeed, to help soften the blow of the viral outbreak, national policymakers and local governments have joined together in recent days in a coordinated push to ease the financial and economic impact.

A key question facing investors is how to quantify these measures. We believe the level of monetary and fiscal policy support that we have seen so far may not be as drastic as what we had following the financial crisis in 2008-2009, but more supportive than what we had during the SARS epidemic in 2003.

The key difference between now and 17 years ago is China’s relative economic weight. In 2003, China only contributed 4 per cent to global GDP growth, while today it contributes nearly 16 per cent. This means the impact of recent stimulus measures on China’s and the world’s economic output will be significantly greater in comparison to 2003. Moreover, this time both the fiscal and monetary support have been more swift and targeted than in previous crises.

On Monday, the People’s Bank of China issued 1.2 trillion renminbi ($170 billion) via reverse repurchase agreements and cut the repo rate by 10 basis points, but after accounting for expiring contracts, this amounts to a net new liquidity injection of just over US$21 billion. Policymakers are pledging a raft of other support measures. Fiscal policymakers are pledging tax breaks to struggling firms, local governments are seeking to lower borrowing costs for struggling small and medium sized firms (SMEs), and the securities regulator is dissuading margin selling and allowing stock pledge contracts to be extended.

Contrast this with the scattergun approach China took in November 2008 during the financial crisis, when the government introduced a mammoth 4 trillion renminbi stimulus package (US$570 billion at current rates) to be implemented through 2009 and 2010. That support was equal to 14 per cent of GDP in 2008.

By comparison, the impact of these latest measures is positive but more limited. We expect policymakers to be even more proactive in their support measures going forward. The second order effects of the outbreak on China’s slowing economy and market volatility have yet to fully be realized, and officials are likely to be not just reactive, but to try to anticipate what’s needed in their efforts to contain the damage and set the catalysts for the recovery.

What's left in the toolkit?

Further steps China could take include broader stimulus measures, such as more cuts in the reserve requirement ratio (RRR), or reductions to benchmark lending rates like the medium-term lending facility (MLF) or loan prime rate (LPR). Fiscal measures are also likely to be part of the tool kit, including  a generous budget deficit with more pro-growth allocation, and more targeted reliefs on tax and social security collections, especially those designed to benefit SMEs.

What about consumer demand? As with market sentiment, this will inevitably be subject to a short-term negative impact. But we think the resilience of Chinese consumer demand will prevail. I see the long-term trend of consumption upgrades playing out across many sectors remaining well intact.

Looking to markets themselves, the selloff in China’s markets on Monday was a one-sided affair. It was a case of ‘onshore bearish, offshore bullish’. Domestic investors were trimming risk exposures while foreigners were actually net buyers of domestic A-shares; net northbound flows via Hong Kong through the Stock Connect were the second highest on record for a single session. The last time we saw such divergence in onshore/offshore sentiment was in 2018 at the start of the trade war. Tuesday’s trading was more muted, but this suggests market volatility is likely to continue.

The outbreak situation remains rapidly evolving, and already more people have been infected than during the SARS epidemic of 2003. To be sure, the speed and preparedness levels of the official response across greater China have far exceeded what we saw 17 years ago. This could mean that the epidemic is brought under control more swiftly. This quick response has been made possible in part by innovations in genomic and molecular medicine, which have helped to isolate and track the virus. It took much longer to map out SARS, by contrast, meaning that a vaccine for the current outbreak could take less time to develop.

The current policy response suggests other more subtle lessons seem to have been learned since 2003. With the additional liquidity support, lenience on RRR breaches and low-cost relending, the central bank seems to be taking a more targeted approach, one aimed at better transmission of the policy relief through the banking system, which in past loosening episodes has failed to transfer credit easing to the much in-need private sector due to risk aversion and preference for safe-haven government-backed companies. China’s debt, which is over 260 per cent of its GDP, is one of the highest in emerging markets. The ‘catalogue’ approach of targeting the sectors and business most affected is undoubtedly helpful, but it remains to be seen if this support will percolate to all affected companies and businesses.

The other significant factor to consider is the timing of the epidemic. In 2003, the height of the SARS epidemic came in April to May. This time around, the virus has hit hard during Lunar New Year, a holiday period where businesses were hoping for maximum spending from consumers - and had stockpiled accordingly. As a result of the extended quarantines, businesses now face the prospect of dealing with a prolonged period of paying salaries, taxes and rentals - all while generating less or no revenue. This will present a tangible drag on consumption and manufacturing.

A bearish view on these stringent measures is that they could have a deeper impact on the economy than SARS, due to the knock on or unintended effects of quarantines and business disruptions. However, we tend to take a more constructive view, seeing similarly quick actions from financial policymakers as something far more comprehensive than what was introduced to counter the economic effects of SARS. It is not just the readiness and willingness to act that matters now; it is the scale of the stimulus compared to the challenges. We think more support is on the way.