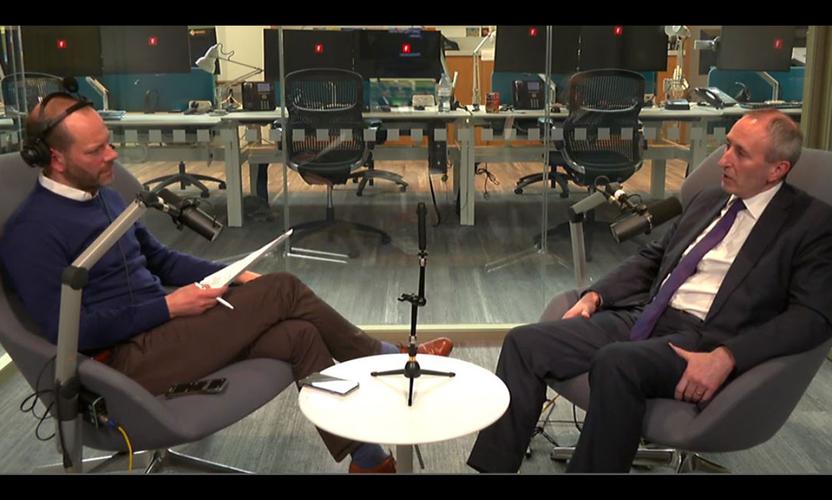 “Authorities are doing many good things. The big challenge is that some markets are thinking: “Are they getting ahead of what's required?” And so I wouldn't be surprised if we see more acceleration. It’s important to think about how they actually get money to where it's needed. You're likely to see more activity around how they get money into corporate hands, into business hands, versus just putting it into banks.”

On liquidity and 2008 comparisons:

“When we look at some of the data around bid-to-offer spreads, and the amount of liquidity traded on those spreads across bond markets, it is at a significantly increased percentage of the worst of 2008 and 2009. But it's certainly not over those levels.”

On a defensive stance:

“I think that's put us in a slightly better position. To a degree, liquidity levels made sense where it gave us a little bit of scope to either add to or just maintain those relatively defensive portfolios.”

“One of the encouraging signs is the degree to which we've seen China move from a very distinct decline, to almost zero activity, through to now resuming activity.”

“When you look around the world, yields in China are still very attractive. So, if you're looking to put money to work to get some yield, you'd look to China before many other areas.”

On things to watch out for:

“No one should underestimate the waves of volatility we've seen going through different asset classes. So one of the things that we're looking at is any signs of stabilisation - even two or three days where you start to see the momentum that we've had to date starts slow down and where it doesn't pop up somewhere else and create new challenges.”

“We like to think longer term. One of the challenges is what variables go into our models to help us do that. What types of lenses do we need to use…what is the impact of the political will to focus on certain industries to support, where do they commit these funds quickest, and which channels work effectively.”

On coping with volatility:

“It's important to focus on what you can control…keep balance, because one shouldn't get overexcited by the more encouraging days and not get too pessimistic on the more challenging days. This is about how we navigate through what is a very, very difficult time.”

“If you've been in a good place and building up a reasonable amount of liquidity and cash, then you're at levels where you can start to think about investing selectively, especially in those companies that have the political and ultimately economic support that one would look for, and are moving to very challenging valuations.”

On the new reality:

“We've moved from a world of intervention - pretty much immediately creating a reaction and a positive reaction - to one where enormous intervention has been sort of run over by market concerns. So I think that there will be a degree of looking into that and that's different.”

On learning from past crises:

“Big events tend to happen in the first stages. And however significant this crisis is, in percentage terms, it will tend to eat up a shorter period of time and then we'll have the readjustment. Then we'll have the ability to look for value and to think about long-term investment. It doesn't mean there won't be more challenges ahead, but that's what you've tended to see.”

“Markets need to go through a real cleansing to get a stage where they can start to focus on the news about the future becoming clearer. As the uncertainties gradually get rolled back, as the authorities start to introduce actions that manifestly are constructive, then it is about getting those uncertainties off the list. Once you get back to a much shorter list, the markets can start to go through the real healing process.”