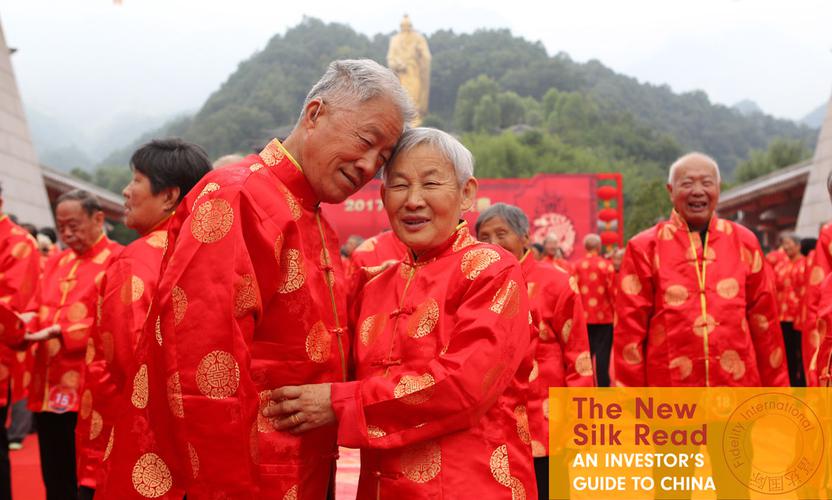 China faces dire pension and retirement challenges, but it’s not without silver linings.

It’s well known that China’s huge and rapidly ageing population will grapple with a shortage of pension coverage that looks set to worsen over the next few years. There is no quick fix for state pensions falling short of growing retirement needs, but policymakers see promoting private retirement saving schemes as a key means of filling the gap.

Here, we see some encouraging signs, especially when it comes to a general awareness in mainland China of the importance of saving, and of building up a nest egg in case of a rainy day. According to the results of a new survey from Fidelity International, China scores higher than most global peers when it comes to the overall financial wellness of its citizens, a foundation that will underpin the development of private, or third-pillar, pensions.

In a financial wellness survey of 17,000 people across Canada, China, Germany, Hong Kong, Japan and the United Kingdom, urban Chinese respondents scored the highest on average, chalking up 71 out of 100 points. The survey measured financial health across a range of factors including saving, budgeting, emergency cushion and debt.

High saving awareness and adequate emergency funds set China apart from global peers, although Chinese residents lagged slightly on the prudent use of debt. China scored 18 out of 25 points on both saving and protection, leading other nations by a wide margin.

China’s personal saving rate has stayed above 30 per cent for years, compared to single-digit levels in most western countries, according to official figures. The US rate has been fluctuating below 10 per cent for most of the last decade before spiking to double digits in the Covid crisis.

Fidelity’s wellness survey found that mainland Chinese seldom spend more than they can afford, with only 4 per cent of respondents claiming they spend beyond their means. Cautious about the future, China’s citizens hold emergency funds covering an average 5.5 months of family expenses.

Public awareness over the need to save for retirement has been rising further and across demographic groups in China. Earlier this year, our third China Retirement Readiness Survey, done by Fidelity International in partnership with Alipay Wealth Management Platform, found more than half of millennial respondents (aged 18-34) and almost 60 per cent of those aged above 34 had started preparing for their financial futures. That represented a marked improvement on 2018, when only 44 per cent of millennials and half of non-millennials had begun saving.

Demographic shifts in China mean people will need to save more if they are to enjoy the same or better quality of life in their later years as previous generations. Chinese policymakers are increasingly addressing the topic of a pension shortfall in public, although estimates on the size of the gap vary among researchers. Chinese citizens aged 65 or above have surged more than 50 per cent over the last 10 years to about 180 million, or a quarter of the world’s population in the age group. Based on an official forecast, the number will further jump to 310 million by 2035.

Top policymakers have recently highlighted the urgent need for China to develop more private retirement savings and pensions. This coincides with China’s push to open its financial borders and invite more foreign participation in the market. While still nascent, the growth potential for China’s private pensions is huge - in the US, for example, third-pillar pension assets amount to $11 trillion. For comparison, Chinese state-backed or first pillar pensions have some 6.3 trillion renminbi ($960 billion) in assets, accounting for about one third of the size of the US first-pillar market.

The wellness survey revealed a strong sense of saving for rainy days among Chinese residents. Despite demographic challenges, China can capitalise on the planning awareness and solid personal financial health, as it designs a private pension system with the potential of becoming one of the world’s largest.