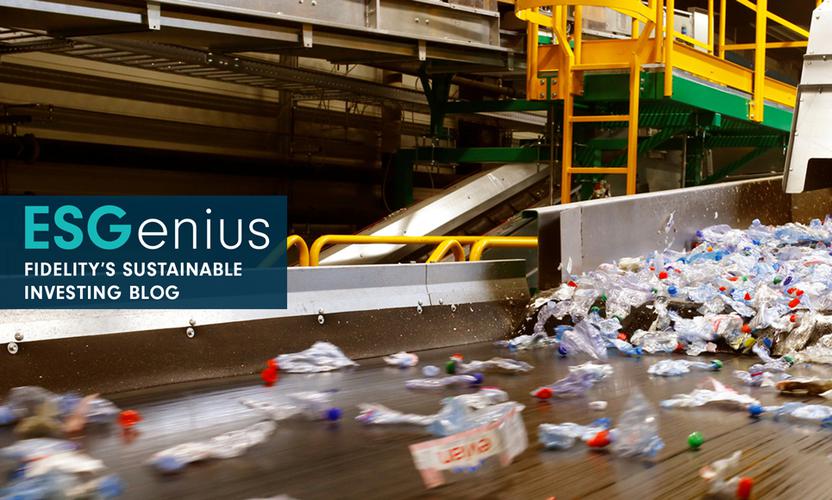 Inaction is an increasingly costly option

The cost of doing nothing is already rising as regulatory pressure increases. Plastics are used in industries as varied as autos, construction, and electronics, but over two-thirds of global output is used for packaging - the vast majority of which is single-use. Until now, the onus to reduce the environmental impact has been on companies in the packaging and consumer sectors, to curb their plastic use and boost recycling. But this is starting to shift to include the chemical companies that produce the building blocks from which plastics are made.

There are over 30 different kinds of plastic in common use, and most are derived from petroleum, accounting for about 6 per cent of global oil consumption. Environmental groups object to chemical companies not being held accountable for their products after they are sold, because they say this means the market price for virgin plastic fails to represent the full costs of plastic. Partly in response, governments are increasing chemical companies’ accountability through fiscal measures. The UK, for example, plans to implement a tax beginning in April 2022 on any plastic packaging with less than 30 per cent recycled content.

Less than 20 per cent of all plastic produced worldwide is currently recycled, mostly using mechanical methods that involve shredding pure kinds of plastic like polyethylene terephthalate (PET) bottles into resin pellets. By contrast, chemical recycling breaks down plastics into their basic chemicals and then re-uses them, and it has an advantage of versatility. Chemical recycling can be applied to mixed varieties of lower quality plastic, which mechanical recycling struggles with. Producers relying on mechanical methods alone will probably never be able to meet the growing demand for recycled material due to the limited amounts of high-quality feedstock.

Adoption of chemical recycling technology is still in its infancy globally, with some industry leaders predicting that commercial use is several years away. Until then, capacity and availability of the process remains limited, but over the coming decades, it is expected to be the biggest growth area for plastic waste management. Some forecasts suggest it could create as much as $10 billion in economic output in the US alone. These developments would redefine how we think of plastic waste, as it would be a valuable source of feedstock for new modes of recycling.

The role of asset managers at the company level

Asset managers can - and should - apply a company-by-company, critical approach to evaluate the extent that companies’ current practices and long-term strategies align with sustainable goals. This includes convincing managements to include the impact of plastic waste in to their decision-making processes. Investment choices around R&D, and the potential impact on plastic demand, should be incorporated into this guidance from asset managers.

Our engagement first involves determining what percentage of products and revenue are derived from plastic packaging, and how much of it is from single-use plastic. How much recycled material, if any, is incorporated into the manufacturing process, and are companies striving to make their products easier to recycle? We encourage companies to set targets to promote recycling and waste reduction and we assign critical priority to preventing and remediating spills of plastic pellets into waterways during production and transport.

Companies also need to think beyond plastics, diversifying for the long run as growth in plastics consumption is far from certain. By some estimates, plastics production will double over the next two decades, but rising global awareness of the environmental impact could take away some of the demand for it. Bioplastics, which are made from naturally occurring polymers such as starch and cellulose, are likely to grow more popular, and could create disruptive opportunities for some companies while taking market share away from traditional petrochemical producers.

In recent months, we have engaged with several chemical and packaging companies on these issues and their responses have varied greatly. For example, a leading polypropylene producer considers the plastics debate as an opportunity and is improving the recyclability of its products. It’s engaging with waste management companies to secure high-quality feedstock and develop circular products that minimise waste and make the most of resources. This is also true for another package-maker, which expects higher revenues from the shift to aluminum cans and is investing in recyclers to ensure access to recycled feedstock.

Progress is far from even, however. We have engaged twice with one plastics producer over the past year and the company has not made much progress, except to introduce targets to increase the recycled content of its products. Another leading producer, which has a large exposure to the packaging industry, has been reactive, instead of proactive, and failed to set measurable targets beyond broad commitments to reducing plastic waste in the environment.

The plastic issue is one of the key topics we consider when assessing chemical companies’ preparedness to meet future regulations. The findings of our research and the results of the engagement we have with companies is integrated into the overall investment case, and it can make a big difference to our conclusions.