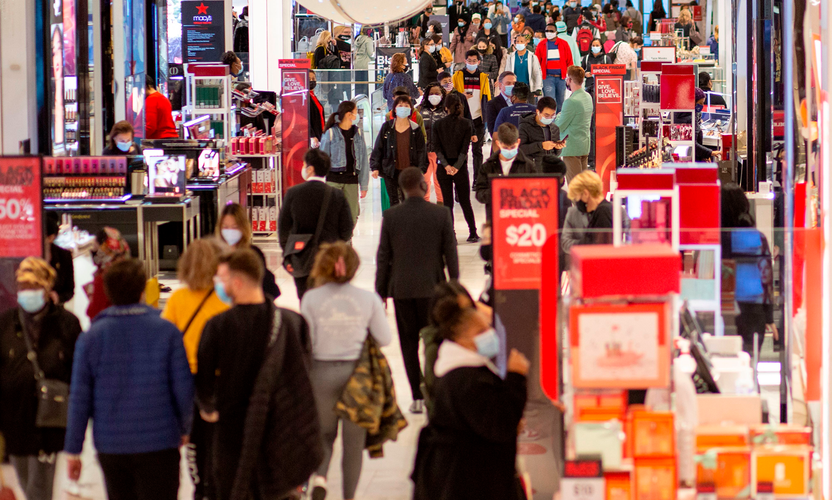 Sentiment in China has become less bullish as the economy looks set to slow. A third of Fidelity analysts covering China reported a drop in management confidence related to investing in their businesses in the year ahead. This compares to a global average of 9 per cent, with only the result from emerging Europe, the Middle East, Africa, and Latin America showing a bigger dip in confidence.

Regulatory change is partly to blame, with more than half of China analysts expecting a further increase in government scrutiny over the next 12 months. “Regulations are causing a lot of uncertainty about the near-term outlook in China,” one technology analyst notes.

“How would you describe the confidence level of your companies’ management teams to invest in their businesses over the next 12 months compared to the last 12 months?” Source: Fidelity International Analyst Survey 2022.

Asked where their sectors stand in the business cycle, 21 per cent of the China analysts point to a slowdown phase, the highest proportion among regions globally. Not surprisingly given the general outlook, China analysts are among the most pessimistic about the prospects for overall returns on capital at the companies they cover.

A quarter of them forecast an overall decline in returns over the next 12 months, with soft demand believed to be the main cause of weak returns.

Despite weaker business sentiment, there are encouraging signs of progress in the disclosure of ESG practices among Chinese companies. For example, 25 per cent of China analysts say the firms they cover now make good-quality climate-risk disclosures, up from just 4 per cent a year ago.

A mild slowdown for Japan’s economy in the final quarter of 2021 hasn’t taken the shine off expectations of a solid year ahead. Our analysts think that Japanese companies are largely positive about the next 12 months, with over half reporting an increase in management confidence to invest in their businesses.

Some three quarters of our analysts covering Japan anticipate an increase in returns on capital at their companies over the next year, the highest proportion of any region globally.

“What is the outlook for overall returns on capital for your companies for the next 12 months versus the last 12 months?” Source: Fidelity International Analyst Survey 2022.

That said, Japan could be closer to the tail end of the business cycle than other regions. A substantial 73 per cent of analysts say the country is currently at the maturing stage of expansion, with 27 per cent forecasting a slowdown in 12 months’ time.

Inflation, however, is re-emerging. Nearly two-thirds of our analysts report that Japanese managers expect inflationary pressures to be higher this year than last, a novel threat to corporate margins in an economy long used to deflation.

Still, 55 per cent of our analysts view such pressures as transitory rather than signals of structural malaise. Anecdotal evidence also suggests that cost pressures in some areas could be starting to ease. “The semiconductor shortage, one factor for the cost push, is getting resolved for the auto industry, which I expect is a good leading indicator,” says one Japan technology analyst.

In 2020, as governments raced to deploy economic stimulus measures, European regulators slapped curbs on corporate dividends that ranged from blanket bans for some financial institutions to implicit limits for companies receiving government aid. Many firms started to resume payouts last year amid easing restrictions, although overall payments have yet to return to pre-Covid levels.

This year, European companies are expected to bump up dividends as the recovery continues and balance sheets strengthen in the region. Almost 80 per cent of our Europe analysts forecast an overall increase in dividend payments for the firms they cover, among the highest of any region. Globally, 61 per cent of analysts expect payouts to rise over the next 12 months. A majority of Europe analysts also expect management confidence to increase.

“How, if at all, do you expect your companies’ dividend payments to investors (in absolute terms) to change over the next 12 months compared to the last 12 months?” Source: Fidelity International Analyst Survey 2022.

Rising costs may pose a challenge to the regional economy, however; 84 per cent of analysts covering Europe expect inflationary pressures to be higher over the next 12 months than in the last 12 months, the highest proportion globally. Meanwhile, 69 per cent of the region’s analysts say that higher inflation will eat into corporate margins, also the highest globally. Longer-term inflationary concerns could be partially attributable to Europe’s strong policy measures against carbon emissions. “The EU clearly wants a higher carbon price to incentivise climate action,” remarks one utilities analyst.

Despite some uncertainty as the US Federal Reserve unwinds its stimulus and President Joe Biden’s administration braces for midterm elections later this year, our analysts covering North America report rising confidence among managers in the region to invest in their businesses in the year ahead.

“Higher visibility on the Covid vaccine rollout and broad strength in commodity prices should improve confidence to invest over the next 12 months,” one materials analyst says. Another analyst covering tech companies argues that the supply shortages that plagued the economy last year could start to ease in the months ahead.

However, two thirds of analysts covering the US believe these constraints will still have an impact on earnings.Company financials are looking healthy, with balance sheets set to become more robust this year. Meanwhile 40 per cent of analysts anticipate that leverage will fall at their companies over the next 12 months. A substantial 79 per cent say companies will pay more dividends to investors in the year ahead, well above the 61 per cent global average.

Inflation, however, which last year rose to record levels, continues to stalk the economy. Some 76 per cent of our analysts covering the US expect inflationary pressures to be greater this year, above the 67 per cent global average.The analysts remain largely divided on whether such pressures are temporary or structurally embedded, though more believe on balance that they are transitory.

“Some inflationary cost pressures linked to higher global natural gas and Chinese coal prices in September and October have already started to moderate,” one materials analyst says. “Global freight costs also seem to be moderating from peak levels. Labour availability and productivity may improve as the Covid recovery progresses.”

Some analysts are more pessimistic. “The wage increase looks more durable given the historically low unemployment rate and labour shortage,” an analyst in the consumer industry says. Almost 80 per cent of North America analysts expect labour shortages will bite into earnings this year, the second highest proportion among regions.

Analysts believe that management teams in the Asia-Pacific region (excluding China and Japan) are generally confident about investing in their businesses in the year ahead, as vaccine rollouts accelerate, and the export recovery continues in the region.

Almost two thirds of the region’s analysts report rising management confidence to invest at the companies they cover, the second highest rate globally. “There is a genuine uptick in confidence around broad-based capital expenditure,” one analyst notes.

In line with the positive sentiment, just over half the region’s analysts expect overall returns on capital to rise for their coverage firms over the next 12 months. Asked about the main cause for improving returns, 55 per cent of those who expect them to rise point to higher end-demand growth.

Price increases could be an issue, however, with almost 60 per cent of analysts expecting inflationary pressures to rise over the next year and 64 per cent saying that higher inflation would eat into margins.

The importance attached to environmental, social and governance policies has been growing across the region, with 74 per cent of analysts reporting a stronger ESG emphasis over the past year at a majority of companies they cover, a significant improvement from 43 per cent a year ago.

Labour shortages, weak public health infrastructure, and the uncertainties of a busy election year may lie behind some of the management pessimism our analysts are reporting in emerging Europe, the Middle East, Africa, and Latin America. A substantial 60 per cent of analysts report that management teams’ confidence to invest in their businesses is expected to fall over the next 12 months, amid a relatively weak outlook for returns on capital and increasingly stretched balance sheets. Four-fifths of analysts also think that funding costs in EMEA/LatAm could rise this year, though 60 per cent of them expect debt levels to decline.

All our analysts covering the region say that labour shortages are set to weigh on earnings, while some 80 per cent expect a negative impact from political uncertainty on company profitability. “The election cycle in Brazil means costs of capital for companies goes through the roof, which makes it a lot harder for them to raise money and invest,” says one industrials analyst.

Although 80 per cent of analysts report a growing emphasis on ESG at their companies over the past year, just 32 per cent of companies in the region are expected to be carbon neutral by 2050, the lowest level of all regions and half the global average. Worryingly for a region that is home to the Amazon rainforest, no analysts expect companies to reduce their impact on biodiversity over the next year. 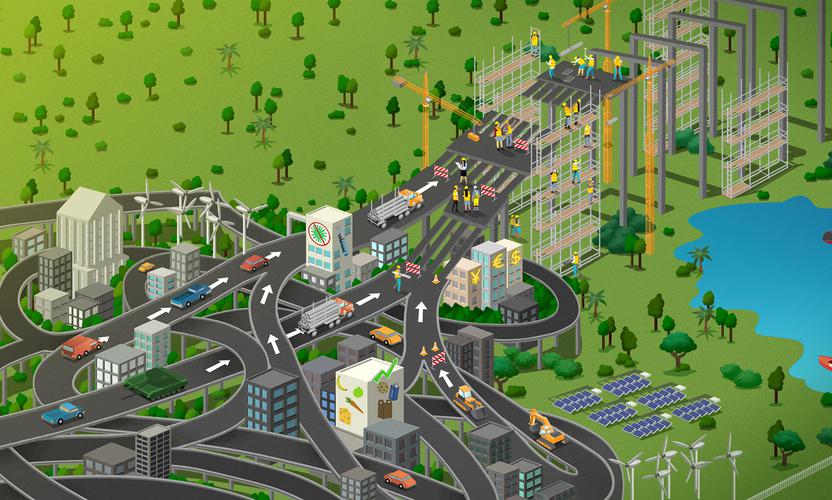 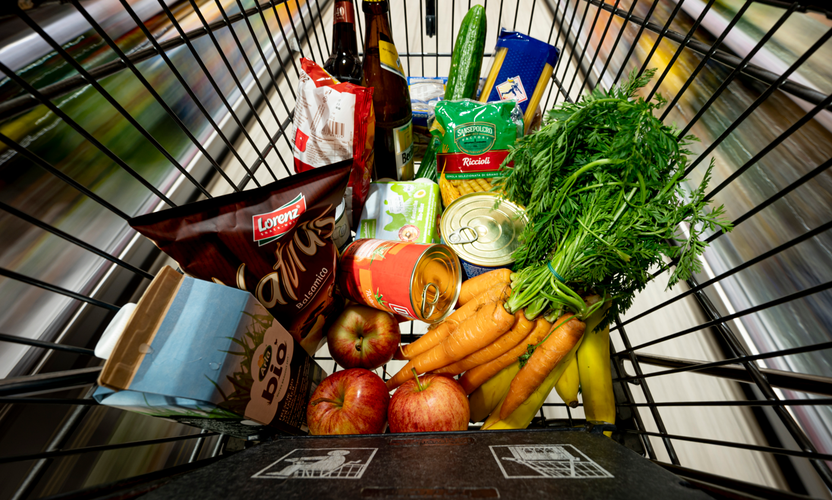