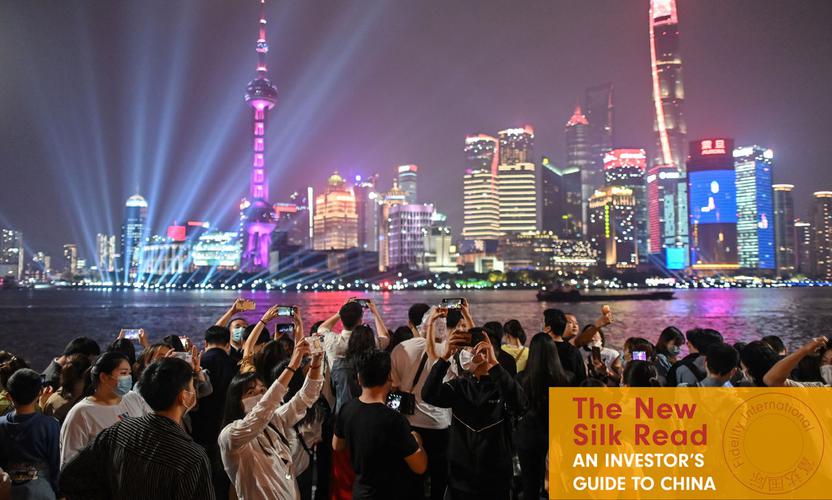 A daily average of 23 million people travelled in the five-day May Day holiday, down by about half from the same period in 2019, according to the Ministry of Culture and Tourism. Despite the year-on-year drop, it’s a great improvement from February and March, when most of China was locked down due to the coronavirus outbreak. Even a few weeks ago, a 3-day weekend in early April saw only around 14 million daily domestic travellers.

It’s worth noting that tourism demand has been partially curbed by tough crowd control measures to reduce infection risks. The ministry ordered scenic park operators to cap visitation at 30 per cent of their capacity during the May holiday.

International travel remains off the menu, but clear indications of a gradual recovery in domestic Chinese tourism could offer a dose of encouragement to other countries looking ahead to life after lockdowns, including the release of pent-up demand among consumers.

“For many people, travel is a way to vent their stress and frustration from lockdowns,” says Ke Tang, Fidelity Senior Credit Analyst. “Travellers are not ready to spend big yet given uncertainties over jobs and income growth.”

An average tourist spent some 414 renminbi (about US$58) a day in the May break, down 31 per cent from a year ago, Ministry of Culture and Tourism data show. Still, the per capita spending is more than double that for the 4-6 April long weekend. Total tourism revenue came in at 47.6 billion renminbi for the five days, less than half of the 2019 May holiday amount.

People flocked to famous scenic areas in the extended Labour Day break, which ran 1-5 May. Beijing’s Forbidden City sold out all 25,000 tickets before the holidays even started, while scenic Mount Tai in Shandong province saw massive overnight queues at the entrance ahead of its 1 May opening.

While many airlines around the world remain effectively grounded, China’s commercial carriers are staging a tentative rebound. Daily air passengers have more than quadrupled since mid-February to about 780,000 on 5 May, Ministry of Transport data show. Similarly, the number of railway travellers has risen to about six million a day from less than one million over the same period.

Chinese airlines have generally resumed operations at about 50 per cent of their capacity, far above levels between 10 to 30 percent for many global peers. Financially, they also fare much better than Western commercial carriers, some of which are counting on government bailouts to survive. Large Chinese airlines show relatively strong balance sheets without any immediate liquidity problems (having the state as a major shareholder provides extra reassurance).

The historic crash of oil prices should benefit most Chinese carriers, as they have little to no jet fuel hedges in their books. Fuel accounts for about 30 per cent of their cost base.

Hotel rooms with a view

The epidemic plunged hotel occupancy rates to single digits in February, but they have since bounced back to around 50 per cent, based on our checks with operators and industry experts.

Mid-market hotels are faring better than both high-end and low-end properties. A lack of business or international travellers has curbed demand for luxury hotels; Chinese consumers could also be tightening their budgets. Price cuts have become the order of the day, with some five-star properties in Shanghai offering 50 per cent discounts. The cheapest hotels, on the other hand, have struggled due to popular impressions they could put less focus on cleanliness.

Travel bookings have returned to about 60 per cent of normal levels, although tour companies are giving large discounts to keep business going. For example, Shenzhen’s well-known Happy Valley theme park is offering annual passes for 365 renminbi each, compared to a previous single-visit ticket for 220 renminbi.

So far, Chinese travellers are still showing a cautious preference for short distance trips. Many prefer driving for a few hours to a nearby town for weekends, where they may stay for a night - and spend much less than if they go further away and travel by rail or air.

“People feel relieved that they have come out of the worst, but it’s unrealistic to expect any V-shape rebound,” says Hyomi Jie, Fidelity Portfolio Manager. “We may see a gradual recovery first in domestic tourism, followed by short-haul regional travel where the virus is well contained. Visibility is low for the normalization of long-haul international travel.”

There may be a shift of demand from outbound travel to domestic trips, as Hong Kong and Macau stay largely closed to mainland visitors, and overseas tours remain unpractical, given numerous lockdowns and quarantine measures globally.

What will it take for China tourism to make a full recovery? Seeing tourism as a key part of domestic consumption, Chinese policymakers have rolled out stimulus to support the industry. Tourist vouchers are being distributed in various provinces, where travellers can use them to pay for sightseeing, dining and shopping. City officials in Huzhou in eastern Zhejiang province, for instance, have dished out vouchers worth over 200 million renminbi to tourists since March.

More importantly, the pace of recovery will depend on the confidence of Chinese consumers about their jobs and income growth. China has so far avoided large-scale job losses in the pandemic, but it remains to be seen how it will cope with a slump in global demand for Chinese goods. Travel can be highly discretionary for middle-class Chinese consumers, although it’s not as big an outlay as housing or education. Going forward, data on employment, household income and corporate credit default rates will be key to watch for.