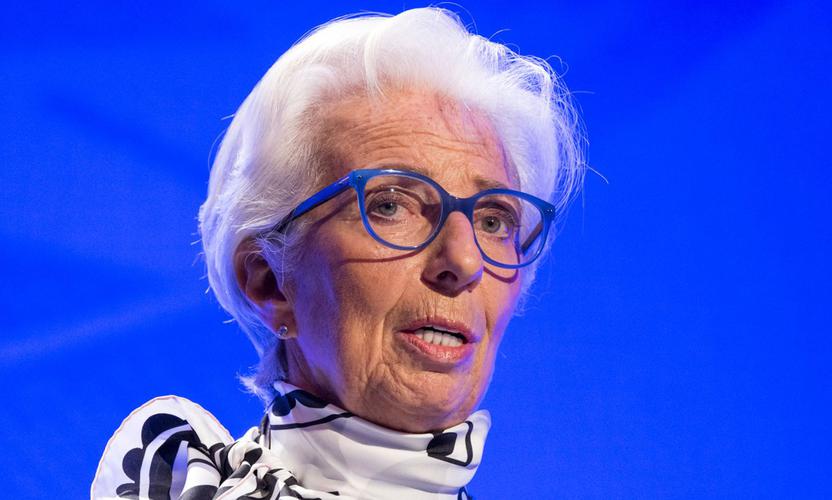 The European Central Bank raised all policy interest rates by 50 basis points at its December meeting, bringing the deposit facility rate to two per cent, in line with market pricing and consensus expectations. In addition, the bank announced it would begin to shrink its Asset Purchase Programme portfolio in March, also in line with expectations, by stopping the reinvestment of 15 billion euros per month of the proceeds of maturing bonds.

However, upward revisions to 2023-2024 inflation forecasts were significant and the 2025 forecast published for the first time showed core inflation at 2.4 per cent, meaningfully above target. This notably hawkish message was in line with the tone of the governing council’s policy statement and with the press conference by President Lagarde that followed.

While we did not expect a dovish pivot on policy at this meeting, we were nevertheless surprised by the extent of the hawkish stance on the future path of rates from President Lagarde. Given the uncertainty about the potential depth and duration of the recession and the ECB's own emphasis on data dependency, it is somewhat puzzling that the bank would double down on the hawkish rhetoric and signal the potential for further 50 basis point hikes in rates.

One possible interpretation is that this hawkish narrative alone will help tighten financial conditions and reduce inflation expectations without later translating into an actual tightening of policy into significantly restrictive territory. But it is also possible that the ECB does intend to put its money where its mouth is. Should that prove the case, the risk of a policy mistake would rise significantly and have implications for future financial stability.

Despite the resolutely hawkish rhetoric, we expect the ECB to be dependent on the data from here. If the recession proves deeper than expected through the winter, they can reduce the pace of the rate hiking cycle to quarter-point moves for one or two meetings and assess how much more tightening is required to bring inflation further down.

If, on the other hand, a warmer start to the winter extends into January and gives economic growth a surprise boost in the near term, then we think the bank will deliver at least one more half-point rise in rates. On this basis we are revising our rate expectations to another 75 basis points of cumulative tightening to be delivered in the first half of 2023 (from 50 basis points previously), with the policy cycle ending at a terminal rate of 2.75 per cent and the risks skewed to the upside.

That is still a more dovish stance relative to the market and the ECB itself, and it is contingent on our view that European inflation is less entrenched and less persistent than in the US or UK. We expect it to start to fall meaningfully from the second quarter of next year, although it will not fall back to the bank’s 2 per cent target before the end of the year.

With the ECB's headline inflation forecasts now at 4.0 per cent on average for 2023-2025, a terminal rate of 2.75 per cent might not seem sufficiently restrictive. We note that the euro area's bank lending - an important policy transmission channel - is already flashing red on credit standards and demand for lending. As rates rise further, concerns about the bloc’s highly-indebted southern members and the risks they carry for the financial system may return to the fore again - something the ECB will surely be keen to avoid and potentially a binding constraint ultimately on the bank’s continued hawkishness.

So we think that, taking broader measures of financing conditions into account, the ECB does not have to go well above market pricing to strike a good balance between achieving the required decline in inflation, preventing the economy from going into a deep recession, and limiting the risks of financial market stress.

In our core portfolio we remain moderately underweight equities and overweight duration, having reduced active risk into the year end.

Within equity regions we remain underweight Europe ex the UK due to the challenging recessionary outlook in the near term and the hawkishness of the ECB. We are also underweight Bunds vs US Treasuries, as the path for European rates continues to look more volatile than that in the US. There, by contrast with the euro area, we think the Fed's terminal rate is unlikely to diverge significantly from the 5.1 per cent communicated in the latest dot plot.