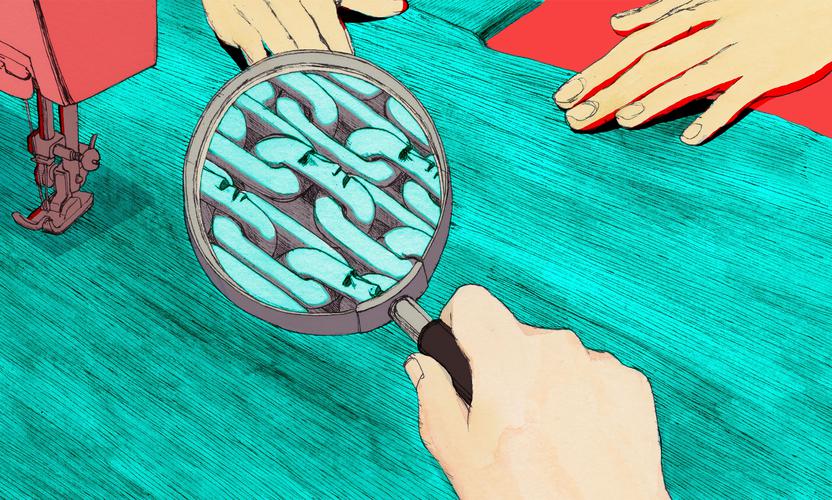 On Christmas Day last year, many children around the world woke before sunrise to open presents. But their excitement as wrapping paper was ripped open masked an unpalatable hidden story. Many of those toys were made by workers in “nightmare” conditions, according to an undercover investigation by campaigners.1

Staff in Chinese toy factories were being subjected to forced overtime and safety breaches to make products for well-known toy brands, the report alleged, sparking much media scrutiny.

The report struck at a sensitive time. As sustainable investing becomes more mainstream, investors are increasingly cautious about business practices that risk damage both to corporate reputations and the wider society in which the industry operates.

As a result, companies are discovering that it’s not enough to meet environmental, social and governance (ESG) standards - they must ensure their suppliers do, too. This can be challenging in a country such as China, which accounts for about 20 per cent of global manufacturing and where supply chains are often as sprawling and multi-layered as they are huge. 2

Our comprehensive global approach to ESG

Our 2019 Analyst Survey highlighted that supply chain management is a growing focus for company managements, especially in consumer-driven sectors. 3 And for good reason. Using suppliers will always come with a measure of risk, whether legal, reputational, or operational.

While it might not be possible to eradicate supply chain risks entirely, they can be minimised with strict onboarding policies and careful, regular monitoring. Such procedures are becoming more common across Europe and the US, where companies also tend to have relatively high levels of disclosure about their supplier relationships. However, this is less true in many Asian countries, including China.

For this reason, we recently launched an engagement programme with our investee companies in the region, focusing on how they manage human rights as well as environmentally responsible sourcing across their supply chains. We’ve focused on the apparel and textile sector initially: it’s dominated by multi-tiered supplier relationships, lack of traceability and rapid market-driven changes, all of which can pose risks to workers’ human rights, safety and working conditions. We are pushing for greater transparency to ensure eventually that all of our investee companies have systematic procedures for onboarding suppliers, conducting regular audits and managing violations.

This engagement with Chinese manufacturers is part of our comprehensive global approach to imbedding ESG as a factor in our investment decisions. Earlier this year Fidelity launched its own proprietary sustainability ratings, recognizing that adherence to such principles can drive value. Asset managers can help by using their influence to convince companies to conform to higher sustainability standards.

While it is true that some companies are slower to adapt to the new standards than others, we believe companies are increasingly recognising the potential costs of being a laggard in this area: a firm that continuously falls short of sustainability goals risks being shunned by both consumers and investors, which could ultimately result in a higher cost of capital.

When we talk about human rights in the context of suppliers, we refer to factors such as forced labour, a living wage, appropriate working hours, child labour, and worker safety. Around half of the companies we’ve engaged with so far examine human rights in their supply chains to some extent; at the very minimum, covering it in annual audits.

Others ‘talk the talk’, alluding to supplier relationships with well-known multi-nationals as proof of their commitment to human rights. However, this means little without the structures in place to back it up. In these instances we encourage companies to formalise and publish human rights policies as a key part of their supply chain management.

Not all companies are so inclined. One major Chinese textile maker pushed back on our requests for greater disclosure around how they manage their suppliers, on the basis that the information was confidential. Because few investors are asking these types of questions, the company, and some others we’ve engaged with, have never viewed it as an area they need to address. However, when pressed, they reassured us that they include human rights in their supplier questionnaires and run on-site assessments of their biggest suppliers, including worker conditions. They also agreed to disclose more information directly to their clients. We will continue to follow up with the company and, if we do not get the response we hope for, will consider collaborative engagements with other investors.

Companies also sometimes respond positively to public pressure. One of our investee firms, a manufacturer with factories in China and Malaysia was accused in a media report of human rights violations. Company officials denied the allegations to us and confirmed that they planned to recruit an ESG specialist to increase transparency in their human rights policies, as they realise the importance of this for investors and customers.

At the other end of the spectrum are the companies that lead the way in upholding strict human rights standards across their supply chains, including helping suppliers that fall short to achieve higher standards. One high-profile, Hong Kong-listed clothing label is testament to what it is possible to achieve in this area.

Without production facilities of its own, the label has adopted its own ‘supplier code of conduct’, which forms the basis of its supply chain onboarding and monitoring processes. Internal and external auditors conduct planned as well as surprise visits to supplier facilities, speaking directly to employees on the factory floor, examining pay slips and overtime records, and spot-checking passports or other employee documents to verify workers’ ages. This includes checking cupboards to make sure a supplier isn’t hiding underage workers, as some have actually done.

The company’s goal is for all of its suppliers to achieve an “acceptable” rating or above in its social compliance audits, and says it has achieved 95 per cent, with the remainder either still working on improvement plans or added too recently to have been audited. It also has sound policies to deal with violations. For instance, suppliers found using underage labour must then put the children into school while still paying their salary, and guarantee them a job when they reach legal working age. The cost of this is a "drop in the ocean" for these suppliers, according to the brand.

The clothing label also disputes claims from any companies that report never to have encountered a violation among their suppliers, maintaining that such breaches are commonplace, just rarely reported.

This is best practice and far from the norm. However, we are greatly encouraged by the fashion company's example and believe its supply-chain management model is one which all companies should ultimately aim for.

Our engagement activity also focuses on responsible sourcing across supply chains. Given it can take up to 2,700 litres of water to grow the cotton for one t-shirt, water conservation, as well as chemical waste, is a particularly salient topic for the apparel and textile industry. 4 Companies have made decent progress in this area, in China especially, partly because of increasingly strict environmental regulations imposed by the country’s own authorities.

In fact, through our engagement we’ve discovered that many companies are doing a lot more than they’ve officially reported and often exceed regulatory obligations. One Chinese apparel company recycles about 30 per cent of its water and aims to increase this to 100 per cent within the next four years. To meet these ambitious goals, the company has heavily invested in a water treatment plant, from which it derives no financial return. Meanwhile, another Chinese firm in the industry is aiming for zero emissions from its operations over the next couple of years - an ambitious target.

By being clear on the consequences of poor practices, companies can have a great deal of influence over their supply chains. When a supplier violates mandated human rights or responsible sourcing policies, it is rarely optimal for a trading partner to simply walk away, as this will not encourage change. Instead, the situation can be seen as an opportunity to provide education and guidance to businesses - many of which might not fully understand what is required of them and why - and ultimately help them reach acceptable standards.

It is difficult to gauge the extent of violations or how investee companies and their suppliers respond to pressure as very few firms, even in Europe, disclose the results of their supplier audits. We are particularly keen to see progress in this area and continue to press our investee companies to improve transparency into their audit process. In fact, when we encouraged a Chinese sportswear manufacturer to disclose their audit results the company asked us to outline our requests in a letter so that they could be formally addressed at board level.

While we acknowledge that companies are unlikely to alter their policies overnight, steady progress like this makes us confident that our engagement efforts are worthwhile and have already led to a significant shift in thinking at some Chinese manufacturers. Over time, we believe the foundation we’ve laid will support greater shifts in action as well, to the benefit of consumers and investors. 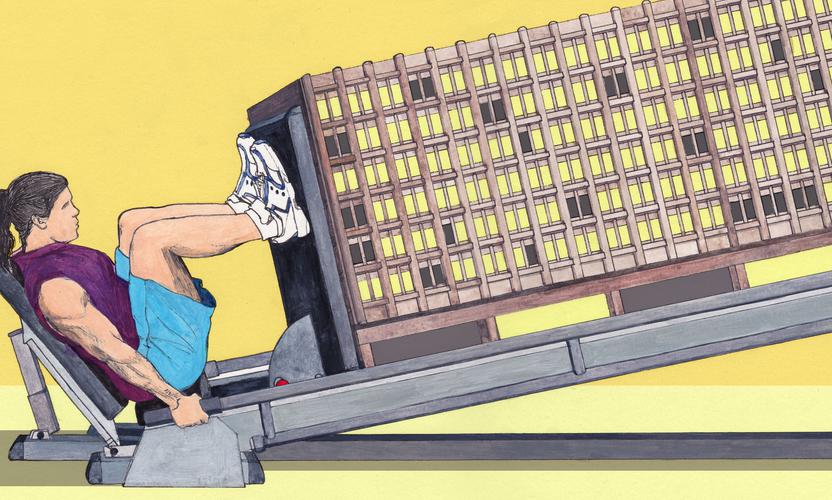 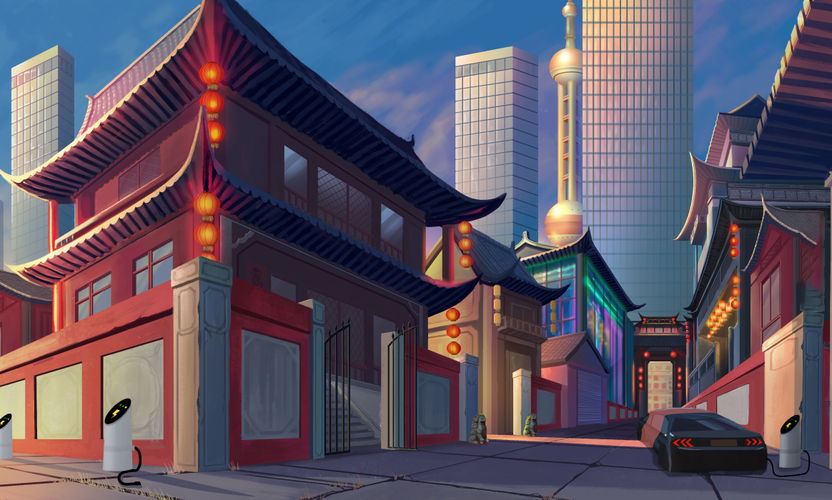 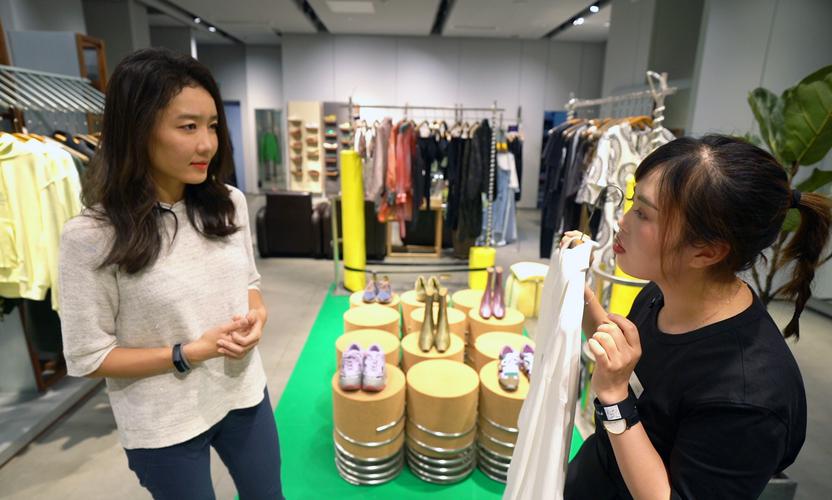