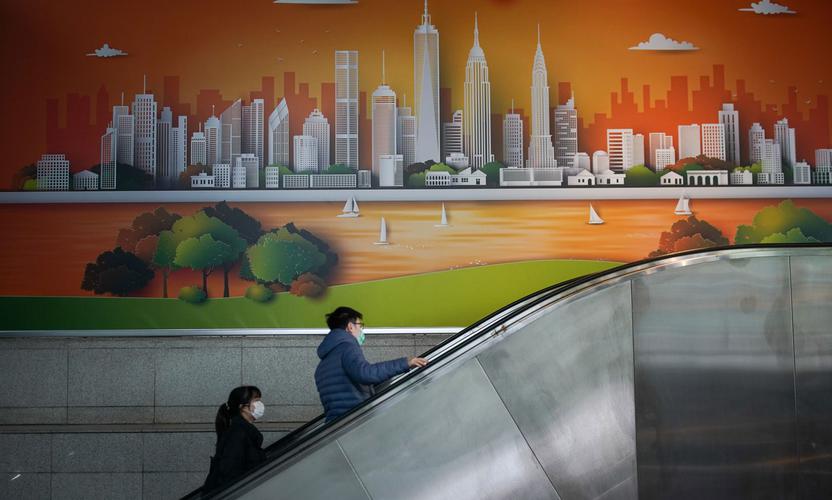 Fidelity International’s monthly survey of its global network of analysts shows that business sentiment improved again over the past month, continuing its trend since the peak of Covid-19 economic disruption in March and April 2020. Out of 176 responses, 44 per cent indicate management sentiment has improved in the last month, with only 8 per cent reporting it has decreased. A full 61 per cent report leading indicators over the next six months are positive, with only 10 per cent reporting they are negative (Chart 1).

But with such a high proportion of responses now reporting the situation is improving, it becomes harder each month to see how the picture can continue to strengthen substantially from here. It is possible that October marks a plateau for the rate of improvement in global business conditions.

Breaking the data down by region, there is a notable moderation in the trend of increasing confidence in Europe this month (Chart 2). While management teams in Europe had been the most confident of all regions in September, they are the least confident in October as Europe battles increasing numbers of Covid-19 cases. “Rising fears of a second wave of infections has led to greater concern in hard-hit end markets,” notes a Europe industrials analyst.

By contrast, 56 per cent of responses from analysts covering North American companies state sentiment has improved in the last month, the highest level since July and leading all regions in October. A financials analyst covering North American banks reports that the improving sentiment is an “acknowledgement that the political environment under a Biden Presidency might not be as bad as first feared. On top of that, the US macro environment appears to have at least stabilised sequentially which is good for sentiment.”

Analysts covering materials, healthcare and information technology are again among the most positive on their sectors’ prospects - the proportions of responses showing positive leading indicators for the next six months are 93, 64, and 71 per cent respectively. A materials analyst covering North America says that the outlook has “improved modestly on strengthening commodity prices driven by robust Chinese demand and a gradual recovery in the rest of the world.”

And there are continued signs of optimism among many of our consumer discretionary analysts, albeit from a very low base as it has been one of the worst hit sectors. Some mention the possibility of ‘aggressive gifting’ in the run up to the all-important Christmas season this year - the idea that consumers might divert money they cannot spend on services due to lockdowns into buying better presents. A consumer discretionary analyst covering Europe comments: “Disposable income levels are quite healthy despite redundancies. People continue to splash out money on big-ticket items like furniture, electronics, new kitchens etc.”

Covid timelines pushed out again, except in China

In May and June, we asked our analysts how long they expected their sectors to be impaired by Covid-related disruptions. In October, we asked the same question; and the responses are much the same. Our analysts still expect it to take another 10 months for businesses to be back to a level of stable activity, unencumbered by the impact of Covid.

Analysts covering sectors most severely impacted by the virus report that companies are extending when they think they’ll recover each month as visibility improves and the virus continues to show no sign of petering out. Many report that their companies would already be able to operate at near full capacity, but that demand is still too low to make it worthwhile.

It is the difference between China and the rest of the world that really stands out from the data. China was already the region that analysts expected to return to some level of normality fastest when we asked them earlier in the year, but it has extended its lead in this most recent survey. Now our analysts expect the pandemic to directly impair businesses in China for just another four months. As one China energy analyst put it: “Anecdotally, we’re back to 97-98 per cent of pre-virus energy demand in China,” a good indicator of the health of the wider economy.

This difference is further highlighted by the number of employees that have returned to work. On average, our analysts report that 90 per cent of employees in China have now returned to their main place of work, compared with 57 per cent in Europe and just 41 per cent in North America.

A bottom-up view of the inflation debate

One of the most powerful aspects of surveying our global analysts is the ability to aggregate in-depth, company specific knowledge to build a macro picture that provides an alternative perspective to that of traditional top-down data. Inflation is a case in point.

There is currently a healthy debate between economists who believe we are in a disinflationary environment and those who expect inflationary pressures to build. Our data suggests both are right, to some degree. At a sector level, some parts of the economy will face cost inflation pressures while others will not. Almost two thirds of responses from materials analysts indicate inflationary pressures will increase over the next six months, as do half of the healthcare analysts’ responses.

But to illustrate how difficult it is to build a global picture of inflation at the moment, many analysts comment that prices are being affected by temporary over- or undersupply due to changes in economic patterns caused by the pandemic. An analyst covering gaming companies in China remarks: “Hotels have had to offer discount to attract back consumers, but prices will normalize over time as occupancy improves.

We also asked the analysts how pricing power had been affected since the start of the pandemic. When combining the results from the two questions, it’s possible to see that financials and consumer discretionary companies are at risk of squeezed margins due to rising inflationary pressures and decreasing pricing power. A financials analyst covering companies in the EMEA and Latin America regions says: “Pricing power has been impaired by low interest rates that are forcing banks to compete harder to write new loans.”

ESG engagement is a carbon story

ESG engagement, the discussions our analysts and Sustainable Investing team have with management teams to effect change, is a topic of growing importance for investors. Several analysts point out that being seen to be willing to engage on sustainable matters is now a key focus at some carbon intensive companies to woo investors back to otherwise taboo industries. A China utilities analyst notes: “Carbon emission is a key topic and companies are paying more attention to this,” while a North America materials analysts says: “There is a very clear acceleration in the importance of engagement in the last 6-9 months - management teams are waking up to the power of ESG very visibly.”

The impact of engagement is relatively consistent across regions, but our analysts report that investors are having the biggest impact in those sectors that are the most carbon intensive. Companies and investors apparently still focus primarily on the ‘E’ in ESG, but there is ever increasing engagement around social and governance issues too, as these move up the priority list in the post-Covid world.

The October Analyst Survey features 176 responses from 137 analysts (analysts who cover more than one sector or region fill in the survey once for each combination) and was conducted between 8-14 October 2020.