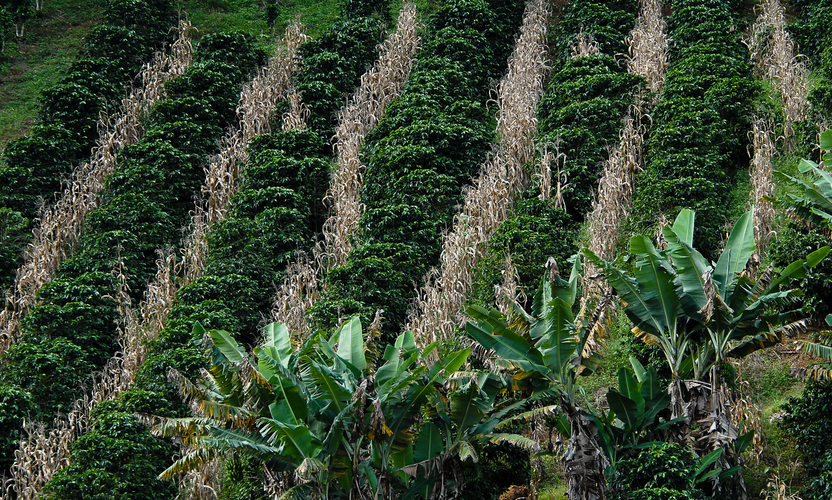 How we produce food today both contributes to climate change and is threatened by it. Food prices were already rising before the Ukraine war due to Covid-related supply chain issues, deglobalisation trends and higher input costs (e.g. fertiliser). This increased the number of people affected by hunger globally from 8 per cent in 2019 to a record 9.8 per cent in 2021, around 830m.[1]

The breakout of war only exacerbated the problem, triggering greater shortages of fertiliser and increased energy and transport costs. Food production was also hit by climate-induced events such as drought in Africa and China and flooding in Pakistan and the US. Some areas were “weather whiplashed” between the two.

These drivers could keep food prices higher for longer. Fertiliser prices are likely to remain above historical averages, according to Fidelity analysts, due to continuing potash scarcity; setting up new potash mines in other parts of the world takes time and capital.

Fertiliser production is also highly carbon intensive (nitrogen fertilisers use natural gas as a feedstock) and polluting where it infiltrates water courses. Continued fertiliser use will only contribute to further disruption of weather patterns. Yet they have become essential because large-scale modern farming methods rid soil of its nutrients over time. Unfortunately, systematic soil depletion has led to a vicious cycle of plateauing crop yields and increased need for fertiliser that further damages biodiversity and water quality, releases more carbon, and creates pesticide resistance.

If the system doesn’t change, it will become increasingly fragile and at risk of catastrophic collapse. The world needs alternative solutions that mitigate and adapt to climate change, while also reducing hunger. Hence why food security is a priority at COP27 and part of the discussion around financing a net zero transition that is just and collaborative.

Regenerative farming may be part of the answer. It repairs degraded land, uses plant mulch or manure instead of fertiliser and seeks to capture more carbon by planting trees between crop alleyways or leaving unwanted parts of the harvested crop in the ground. A study by UK Assist showed that reinvigorating soils in this way can increase yields over the medium to long term and boost biodiversity without reducing productivity. However, techniques need to be highly localised, labour costs can be higher and initial yields lower. This makes them hard to adopt at scale without assistance with transition and implementation costs, and with education.

Addressing these barriers will require policies and patient capital that encourage a slow but steady transition.[2] As with energy, food systems may need to become more localised and dependent on renewables. Equally, governments and investors need to consider the impact on food stability and nutrition of an increase in the number and intensity of natural disasters. The UN’s ‘nature’ COP15 later this year will focus on how to reverse biodiversity loss by 2030 and have full nature recovery by 2050, which should improve food resilience and alleviate climate effects.

Over half the world’s GDP (around $45 trillion) depends on nature, with agriculture among the top industries most likely to be affected by nature loss. As investors, we therefore seek to deploy capital in ways that support the transition to sustainable food, often via disruptive innovation, and mitigate the risks of legacy systems.

The potential is there. Not only do sustainable farming techniques look relatively cost efficient in a world of higher fertiliser prices and waning yields, but a wholesale switch over time could release part of the annual $12 trillion spent on the hidden cost of food, from transportation to fertilisers, back to communities, according to the UN. It could also create $4.5 trillion a year of new business opportunities by 2030[3] (including aquaculture, alternative proteins, and measurement) and eliminate a large proportion of agricultural emissions, which together with food processing accounts for roughly a third of global GHG emissions[4].

We engage with companies across the value chain on reducing their emissions and preventing nature loss, focusing on beef, soy, timber, and palm oil where deforestation risk is high and new approaches are needed. Fidelity also participates in a range of collaborative initiatives to address agriculture and biodiversity issues, including FAIRR and the Finance for Biodiversity Pledge.

But investors cannot solve the problem alone. As financial actors, we are bound by the system we operate in. We therefore look to policymakers to create the right frameworks, incentives and risk-sharing vehicles that will enable capital to be deployed at scale and speed. COP27 is crucial to this effort and can help keep the world on the path towards net zero despite the multiple crises we face. Tackling food security, especially in the global south, is central to achieving that goal by 2050.