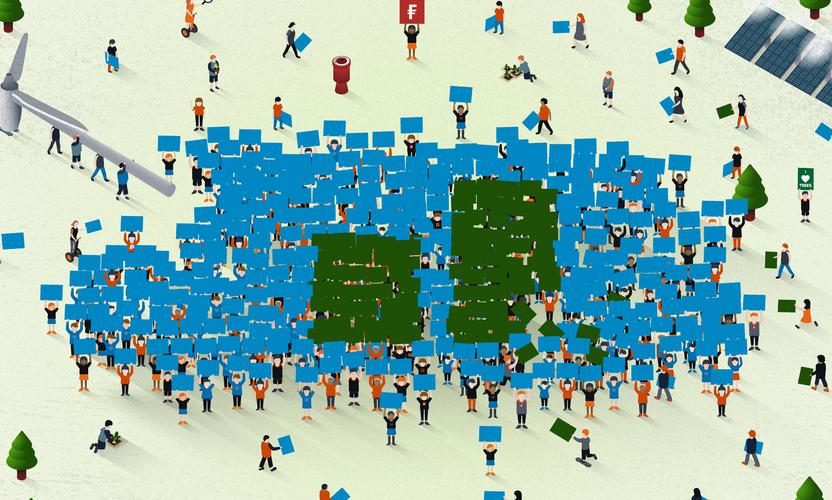 ESG is no longer the preserve of political activists. It’s leapt on to the corporate agenda in a big way, claiming its seat in the boardroom. The 2018 Fidelity Analyst Survey reveals that the proportion of analysts finding their companies thinking about ESG (Environmental, Social and Governance) issues is 40% higher than last year, and, for the first time, more than half of respondents report that some or most companies in their sector are taking ESG seriously.

Japan is the region with the biggest change, where 80% of responses find companies are emphasising ESG issues more compared to 60% in 2017. Unsurprisingly, resource-based sectors such as materials, industrials, energy and utilities feature ESG most prominently, but other sectors are catching up.

Our analysts are finding that corporations are sitting up and taking notice of environmental, social and governance standards, and it’s more than mere lip service. Chart 1 shows how the proportion of analysts reporting some or most of their companies are taking ESG seriously has jumped from 42% in 2017 to 59% in 2018.

The data also shows that analysts with a majority of companies stepping up ESG efforts have swelled from 13% to 30%. And this increase has come entirely from those companies which were previously all but ignoring ESG. In other words, this is a strong indication that more companies are taking ESG seriously.

Firmly on the agenda in Japan, but China disappoints

Regionally, Japan stands out. One of Prime Minister Shinzō Abe’s ‘three arrows’ is structural reform, which includes an overhaul of corporate governance. This is bearing fruit on the ground, where 80% of our analysts find that ESG concerns are given growing emphasis compared to 60% in 2017 (chart 2). Asia Pacific ex Japan, Europe and the US all show big improvements but China and EMEA/Latam are lagging.

Sector-wise, there have been major shifts in emphasis particularly in energy, financials and healthcare (chart 3). In energy, the promotion of electric vehicles is directing companies to consider how they can stay relevant in a cleaner world. Eight major energy producers, including Shell, BP and Total, have also committed to cutting methane gas from natural gas supply chains. In terms of global warming, methane is 30 times more potent than carbon dioxide over 100 years.

Financial companies are facilitating much of the investment in ESG-related schemes by providing billions in finance. JP Morgan Chase will provide $200 billion for clean financing through 2025, and HSBC has dedicated $100 billion to clients transitioning to a low-carbon economy.

The healthcare sector is taking action in response to negative publicity in relation to bribery and corruption. A number of pharmaceuticals have recently faced allegations about their wholesale incentivisation schemes, so many companies are strengthening compliance procedures including reducing variable remunerations for the salesforce and setting more stringent requirements for on-boarding third parties.

Environmental regulation features as the most important environmental or social issue according to our analyst responses (chart 4). A quarter of analysts think environmental regulation is most relevant to their companies, and in China this number rises to 34%. Bribery/anti-corruption and cybersecurity/data protection also appear as key issues. We delve deeper into each of these categories below.

Environmental regulations have been one of the biggest drivers of equity and bond market performance in many sectors in the last few years. Utilities are one of the most affected industries. Decisions by governments to phase out coal have led to many companies holding stranded assets. Some firms, such as RWE and EON have responded by restructuring. But these developments have also thrown up opportunities to invest in and fund green projects. We expect environmental regulation to continue to become more stringent especially given that all countries - except the US - have signed up to the Paris climate agreement, with China, in particular, demonstrating leadership and the intention to dominate green energy.

In recent years, we have seen countries increasingly fight back against corruption and show they are willing to ramp up fines for bad behaviour, and to go beyond just fines. In some cases, countries are banning companies from tendering for contracts, such as India blacklisting the €5 billion market cap, Italian defence provider Leonardo. In other cases, incidents are having a more positive long-term effect by putting pressure on company boards to bolster checks and balances, increase transparency, and even bring in new management with a mandate to deliver a ‘clean house’. For investors, it’s crucial to understand the nature of bribery and corruption events, the likely consequences, and whether the incident is a one-off or a symptom of a more pervasive problem.

Insurers at Lloyds of London estimate that a new, global cyberattack against a computer operating system servicing a large number of countries could cause up to $53 billion in economic losses. For financial companies and exchanges, which manage large volumes of highly sensitive customer data and financial transactions, cybersecurity and data protection is a large part of their cost base. Our analysts note that data breaches are the number one worry for exchanges and information providers. Breaches can cost firms millions to fix, but much more in reputational damage. While breaches are difficult to predict, investors can protect themselves against cybersecurity weaknesses by limiting exposure to sub-sectors handling particularly sensitive data, use expert networks for better information, and monitor whether a company is allocating sufficient resources towards security and has effective internal control systems in place. 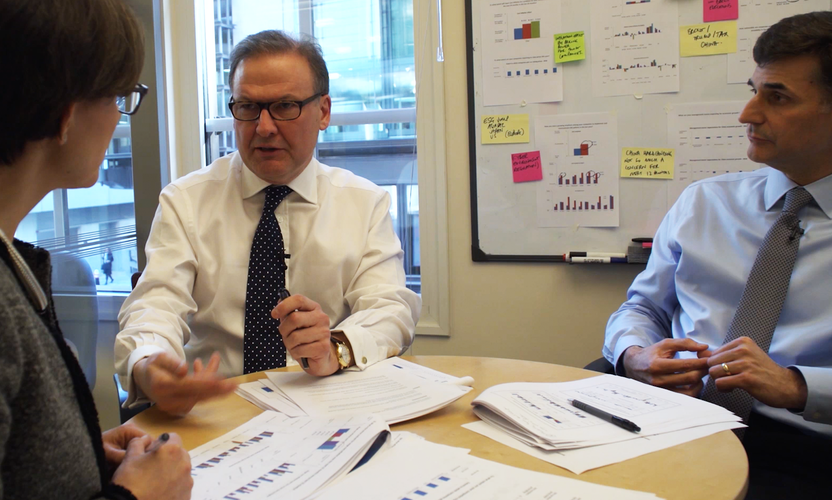