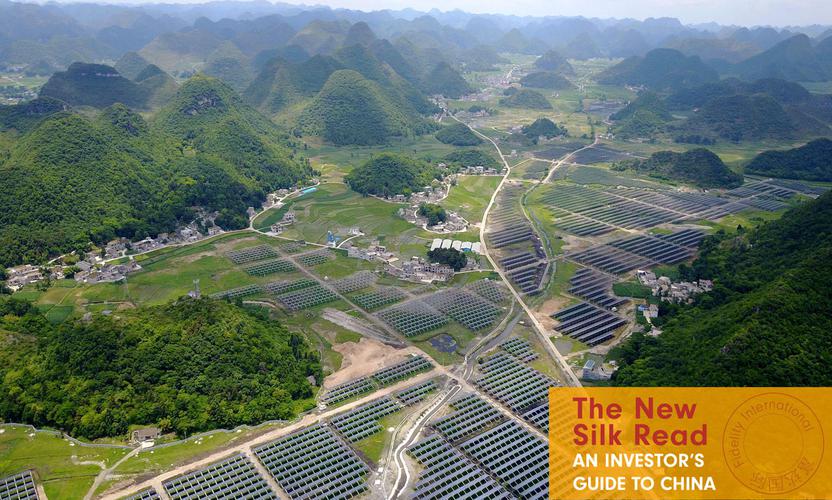 China’s recovery from the economic blow of the Covid-19 crisis presents a potential watershed moment for sustainable investing in the country.

Across the range of environmental, social and governance (ESG) elements, Chinese policymakers are today faced with an historic opportunity in moving the country towards a more sustainable growth model.

As is the case in many countries around the world, the depth and the speed of the economic contraction brought on by the pandemic-related lockdown has meant that kickstarting growth and preserving jobs have been the main concerns of Chinese policymakers in recent months, with more stimulus flowing into areas like infrastructure investment.

But this should not necessarily result in a resurgence of smokestack industries if environmental standards are upheld as promised by the government. Speaking at the end of May, Ecology and Environment Minister Huang Runqiu said that environmental regulation would not be relaxed despite economic challenges. In fact, as we consider the overall mix within the country, we are seeing brighter prospects for new economy areas like e-commerce and biotech. We think the fallout and dislocation in the wake of the outbreak is creating room for a green recovery whilst also spurring new awareness over corporate social responsibility. In short, China’s embrace of ESG shows no signs of letting up. Below, we look at three key areas where we see sustainable investing on the rise in China in the post-Covid era.

A cleaner shade of green

Green bond sales have rebounded from a weak first quarter, when Covid-19 relief bonds took centre stage as issuers, investors and the general public are becoming more aware of environmental factors in the wake of the virus. Chinese green bond proceeds more than tripled from March to $2.6 billion in April, accounting for about 16 per cent of global total, according to Climate Bonds Initiative data.

For global investors eyeing China’s ESG opportunities, a key concern remains the gap between Chinese and European green bond standards. For example, China has set no carbon emission thresholds for issuers, whereas European regulators have specified emission limits. Progress is being made towards harmonizing the standards. In May, China’s central bank proposed to remove so-called clean coal, which involves a purifying process to boost fuel efficiency, from its green bond definition. In Europe, fossil fuel activities are generally excluded under green finance rules proposed in 2018 and enacted this year. For Chinese policymakers, removing loopholes for clean coal represents a bold move given the country’s heavy reliance on coal-fired electricity production, which accounts for more than half of nationwide energy use, compared to about one tenth today in the US.

As it further opens financial markets to foreign investors, China could do more to capture a rise in global demand for green bonds. Greater harmonization of standards should help to fund not only domestic growth, but also many of the overseas projects that Beijing is keen to promote. Environmentalists have been increasing scrutiny of China’s Belt and Road Initiative, which covers infrastructure plans in dozens of developing countries with an estimated total investment exceeding $1 trillion in 10 years through 2027. The State Council of China has pledged to support a “green silk road” with high environmental standards for the projects.

Boosting infrastructure investment is one of China’s key responses to the pandemic. With trillions of renminbi pouring into a building boom, there is a risk of creating white elephants or environmentally harmful projects, but it’s also a great opportunity to promote green projects through stricter environmental requirements for infrastructure spending. Premier Li Keqiang in May announced a 1 trillion renminbi increase in the national budget deficit for 2020. Directing more funds toward green infrastructure could bring long-lasting benefits beyond stimulating the current economy. While traditional concrete pouring is expected to feature prominently in the building boom, the authorities are encouraging greener projects like recycling, waste and water treatment and energy-saving facilities.

The idea of boosting consumer spending in a greener way has also found its way into government stimulus experiments in the wake of the outbreak. Discount coupons for buying electric vehicles were handed out to residents in the southeast city of Ningde in May, while officials of the northwest city of Xining distributed so-called “green coupons” this month, which could be used at merchants deemed environmentally friendly by the government. Local authorities across China are increasingly favouring electronic coupons as they distribute these benefits, and accelerating digitization will save a huge amount of paper - consider that the city of Hangzhou alone issued over 15 million e-coupons in one of several rounds of stimulus in April.

Highlighting the ‘S’ in ESG

For China Inc., the pandemic has offered the biggest test of collective social responsibility in years, with a slump in exports and city lockdowns threatening millions of jobs and livelihoods. Against the backdrop of widespread panic in February and March, many large state-owned enterprises stepped up to pledge not to cut jobs during the outbreak. Critics may see this as social responsibility with Chinese characteristics, given the large sway the state wields over businesses, but the pledges did help to stabilize the Chinese economy in the face of an unprecedented challenge. The Heilongjiang government, for instance, urged SOEs in the northeast province to keep all their workers in March. And it wasn’t just the SOEs - private-sector companies like Midea and Galanz, for example, have also vowed not to cut jobs or wages during the outbreak.

Some state-owned giants went beyond vowing to preserve jobs, and took action to help bail out their smaller private suppliers during the Covid-19 crisis. Dairy producer China Mengniu, for example, provided zero-interest funding to cow farms caught up in temporary financial liquidity problems. It also prevented a lot of raw milk from going to waste by maintaining its purchases - despite a falloff in consumer demand - and converting it into powder. Although this may squeeze Mengniu’s near-term margins, it should help to preserve its supply chain and boost its sustainability over the long run.

Similarly, ride-hailing company Didi Chuxing worked with leasing firms to provide financial relief for drivers in February, extending vehicle leases and postponing leasing charges for a month, which amount to 3,000 to 4,000 renminbi (around $420-$560) for an average driver. Drivers also received free masks and disinfection services during the outbreak.

On the regulatory and disclosure front, China’s push for better corporate governance appears uninterrupted by the pandemic. A revised securities law came into effect in March, featuring a landmark section that supports class actions by shareholders for the first time in China. Collective legal actions had been rare among Chinese shareholders for a lack of recourse as well as awareness. In a 2017 lawsuit against a listed company named P2P Financial Information, only 14 people out of tens of thousands of shareholders took part. Although a Shanghai court found the company guilty of false disclosures and awarded the shareholders in the end, their lawsuit could have been smoother had there been a wider participation and the backing of a dedicated legal clause.

Under the new securities law, impacted investors will become part of a class action against wrongdoers unless they choose to exit such an action.  At the same time, a Shanghai court issued detailed guidance in March to simplify litigation procedures for class-action suits.

Chinese policymakers are also easing rules on stock incentive schemes for large SOEs, seeking to address an old problem of misaligned interests between their management and shareholders. More flexibility is being allowed in the design of incentive schemes, which used to follow rigid formats, while regulatory approvals are getting easier to come by. A growing number of state firms, including COSCO Shipping Ports, China Telecom and China Mobile have recently introduced incentive plans.

Disclosure of ESG performance may become mandatory in the foreseeable future. The country’s top securities watchdog, the China Securities Regulatory Commission, has been studying how to draft rules on ESG disclosures for listed firms, according to a November statement. In Hong Kong, where hundreds of Chinese companies are listed, ESG reporting had become compulsory more than three years ago. The Principles for Responsible Investment, a network backed by the United Nations, has recommended China to take the step in a report published last year.

Although, as in many countries, the pandemic may be forcing China to prioritize growth more than anything else, it’s encouraging to see a steady rise in ESG awareness largely intact. The policymakers charged with engineering China’s economic recovery efforts would do well to seize this historic opportunity to deepen the country’s sustainability push.