Put aside 80 bucks. Now take it and buy one share of, for example, an oil major. Many will argue that this small sum is enough for you to have a legally-binding contract with the management of one of the world’s biggest energy companies. By some interpretations of the law, you are part-owner of the company, and the executives must do everything reasonable in their power to maximise earnings and increase the value of that stake.

But those same corporate managers are now under growing pressure from consumers, employees, and politicians, to consider the wider impact of their actions on society, not just the bottom line. For years, shareholders have been the undisputed winners when their interests collided and competed with those of other stakeholders. Now the pendulum is starting to swing the other way.

A century of winning

Shareholder primacy, the idea that executives are solely responsible for maximizing returns of equity owners, has ­dominated corporate philosophy for a century, enshrined in famous case law.

In 1919, Henry Ford was challenged by shareholders when he tried to reduce the price of his cars at, they alleged, their expense. In the resulting legal dispute, the Michigan Supreme Court held that "a business corporation is organized and carried on primarily for the profit of the stockholders."

The court also ruled that the interests of shareholders trump those of other stakeholders. "It is not within the lawful powers of a board of directors to shape and conduct the affairs of a corporation for the merely incidental benefit of shareholders and for the primary purpose of benefiting others," the court said.

This idea was later crystallised in the 1970s, in influential articles by economist Milton Friedman1, and academics Michael Jensen and William Meckling2. They described managers as mere agents of the shareholders, who, as the ultimate owners, are also the ultimate decision-makers. In this vision, equity holders are concerned only with maximising profit and the company management should use every tool at their disposal to achieve this aim.

However, the shareholder’s long reign over corporate decision-making is facing a challenge.

Powerful critiques of shareholder primacy are emerging. They focus on potential negative impacts on society given a corporate culture that prioritises earnings over everything else, for example increased income inequality or poor labour practices. As a result, political and societal pressure is being brought to bear on executive behaviour.

US Senator Elizabeth Warren last year proposed that companies with more than US$1 billion in revenue allow workers to elect 40 per cent of the companys’ directors. Similarly, Senators Chuck Schumer and Bernie Sanders labelled stock buy-backs as “corporate self-indulgence” in a New York Times article2.

The article accused boardrooms of becoming “obsessed with maximizing only shareholder earnings to the detriment of workers and the long-term strength of their companies.”

Some may argue a potent combination of case law and management theory has the power to create conflict in the boardrooms of today. It presents a challenge to a CEO where a company’s environmental, governance and social (ESG) goals compete for resources usually reserved for investment in generative assets.

Few chief executives want to end up like Henry Ford in 1919. But those who pursue ESG objectives may be exposed to challenges from shareholders, activist or otherwise, and caught between their obligations to the company’s owners and society as a whole. As the management guru Peter Drucker said in 2004: “The CEO is the link between the inside that is the organisation, and the outside of society, economy, technology, markets, and customers.”

But, as the world changes, so the nature of this potential conflict is also changing. A multitude of factors is gradually pushing the pendulum of corporate power back towards wider stakeholders.

At a demographic level, this is expressed in the rise of a new values-driven class of millennials, which make a up a growing proportion of consumers and employees.

Meanwhile, regulators and policymakers are codifying global agreements on issues such as climate change and sustainable development into domestic rulebooks. The boundaries of what constitutes a company’s best interests are expanding beyond the single metric of earnings maximisation.

The United Nations has led global policy with 17 sustainable development goals. While they are primarily designed for countries and aim to create a globally sustainable and inclusive economy by 2030, the private sector has also been encouraged to get involved.

In Europe, initiatives such as the EU Sustainable Finance Action Plan and the Shareholder Rights Directive, will strengthen climate-related transparency requirements for investors, proxy advisors, and companies. They will also formalise legal requirements in terms of shareholder engagement, remuneration reporting, and related-party transaction reporting.

In France, some companies intend to amend their internal policies to specify their ‘purpose’, despite policymakers rejecting legal obligations for companies to consider the environmental and social impacts of their activities.

The UK is currently consulting on an overhaul of its Stewardship Code, the benchmark for asset-owner behaviour, which makes explicit mention of ESG factors for the first time.

Meanwhile, in the US, the assumption that shareholders’ interests trump those of stakeholders under case law is itself being challenged by legal scholars4. From a legal perspective, it can be argued that owners of a company’s equity are not the owners of the company and its assets, rather they are beneficiaries.

Shareholders can’t requisition a factory. They can’t help themselves to the office art. And they can’t, for the most part, dictate to company managers as their agents. Under the law in Delaware, the home state of more than half the companies that comprise the Fortune 500, shareholders delegate authority to the board, which then delegates authority to the company’s management.

The relationship is different, one of fiduciary responsibility of managers to shareholders, rather than the subordination hinted at in the Ford case.

These evolving social and regulatory expectations are influencing how asset managers approach investment, how governments make laws and regulations, and how companies behave.

I have been following these developments closely, observing the formation of a virtuous circle. This has helped embed the concept of sustainability in the corporate decision-making process.

For example, regulators are responding to consumer demands and societal needs to develop ESG disclosure guidance for companies. Meanwhile, other stakeholders, such as consumers and employees, are putting direct pressure on companies to adhere to their stated values. Indirect pressure comes from increased demand for asset managers to provide ESG-oriented investment solutions. 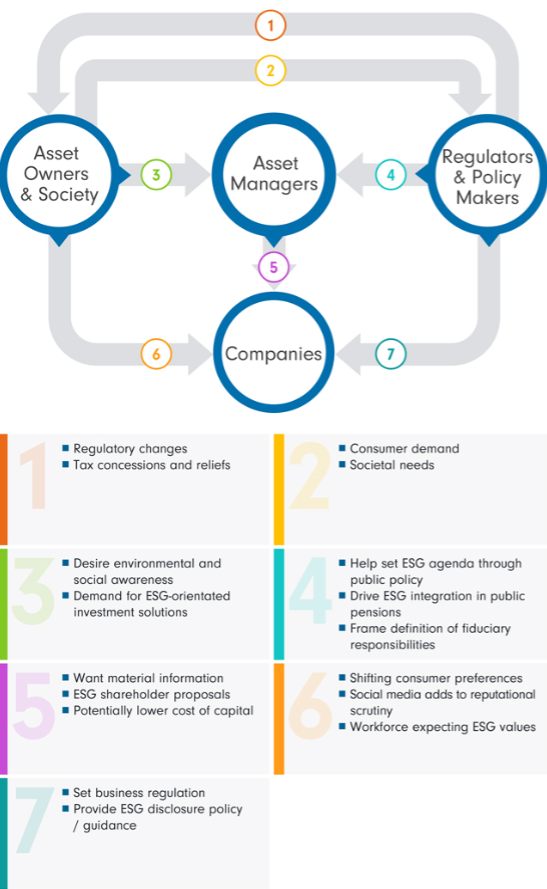 Institutional investors are actively driving some of this change, particularly when it comes to corporate disclosure. In October 2018, a group of investors led efforts to petition the US Securities and Exchange Commission to set down rules on ESG disclosure. Meanwhile an EY survey of 220 global institutional investors found 70 per cent wanted regulators to close the gap between what issuers disclose and what investors want in terms of ESG data.

International Monetary Fund Managing Director Christine Lagarde said in a speech in London in February 2019 that this shift represented an opportunity to “reshape finance into something that is more aligned with societal values and more connected to the interests of all stakeholders: from customers, to workers, to shareholders, to local communities and future generations.”

Many different forces are acting on companies, and their executives. Where once the leadership could use the singular metric of earnings to guide decision-making, a sustainable business plan now requires them to take into account a wider variety of stakeholder interests.

This is no small shift. Shareholder primacy, and by proxy, earnings maximisation, has been the driving justification behind managerial behaviour for decades. Investors, including Fidelity, are increasingly selecting securities on the basis of the sustainability of the business, the sector, and the society in which they operate, rather than short-term expected earnings.

We believe such businesses are better able to capitalise on the ESG virtuous circle driving the changing consumer, market and regulatory environment. Executives who ignore this are at risk of prejudicing the interests not just of their wider stakeholders, but also of their investors.

Even those with just the 80 bucks to spare. 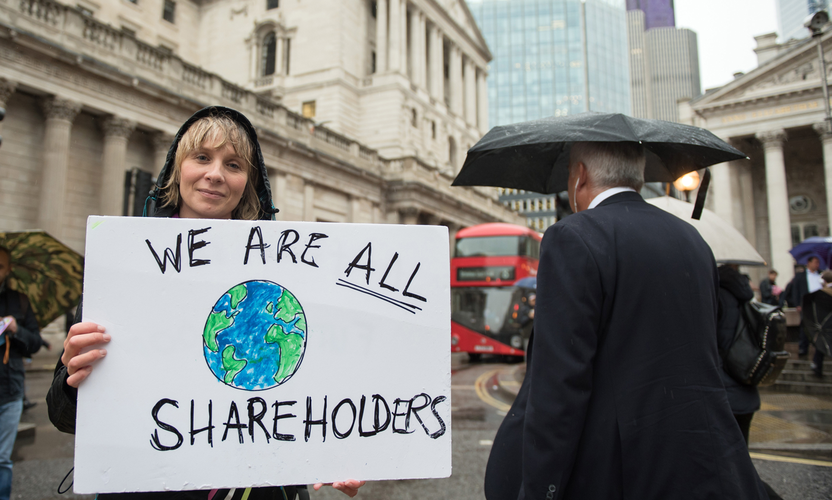 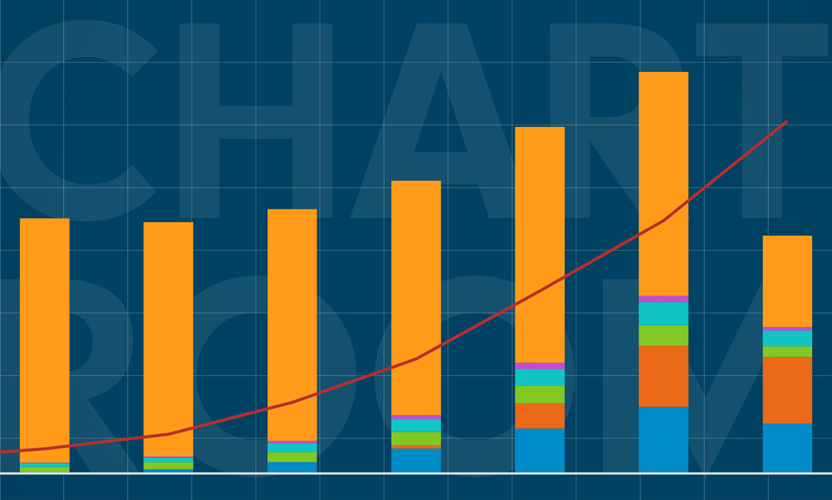 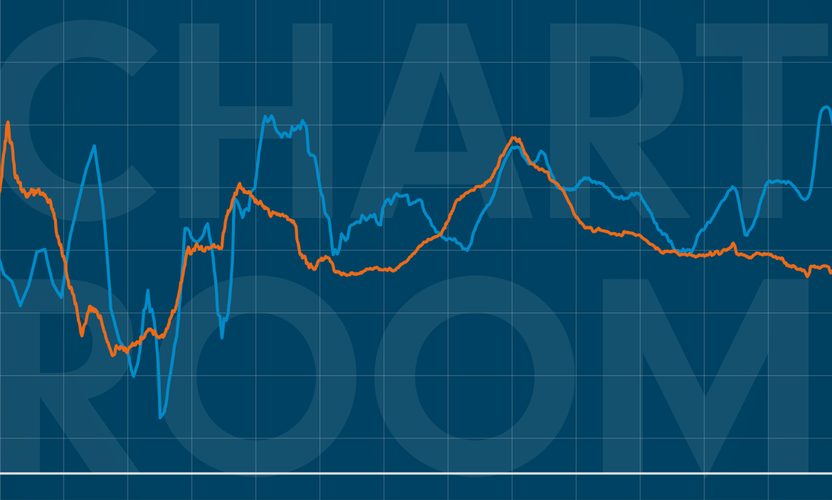