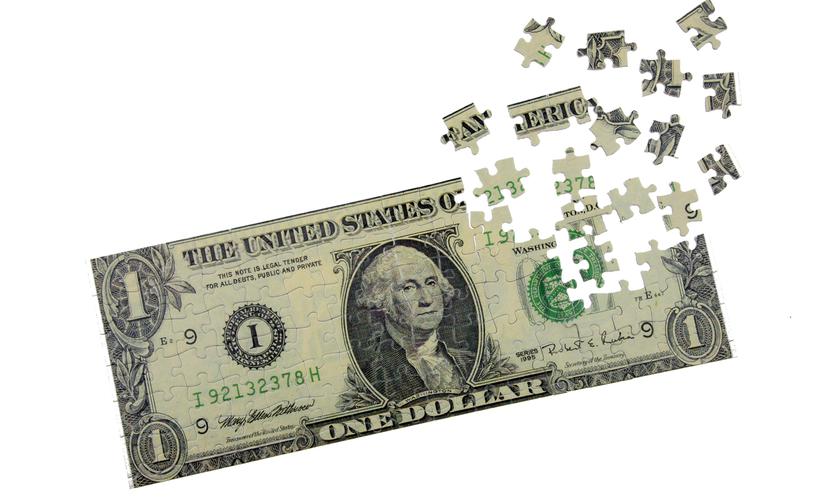 Listen to Fidelity experts discuss the outlook for inflation.

Inflation is back (on the agenda)

Inflation is once again a hot topic. Ever since Federal Reserve Chairman Paul Volcker’s eye-watering interest rate hikes halted rampant price growth in 1980, inflation has been docile. Even after the financial crisis, inflation was muted, despite the concerns of economists that the then-experimental quantitative easing programmes introduced by advanced economies would be highly inflationary.

But this year, secular trends that have dampened inflation for decades have been buffeted by seismic forces originating from a virus that has upended the world. The waves of this crisis could be large even though the tide is going out.

So the debate now begins over which forces will dominate price growth in the next few years. The stakes are high because yields are already at rock bottom, so even a whisker of inflation could erode returns and send asset prices spinning.

For a fuller picture of the arguments for and against inflation, please read our white paper ‘The inflation puzzle and how to tackle it’.

The arguments for inflation

Inflation could return to 2 per cent or above faster than some think, driven by unprecedented levels of stimulus. The Fed has nearly doubled its balance sheet to over $7 trillion since March; other advanced economies have followed suit. More of that stimulus should end up in the real economy than during the financial crisis, partly because banks are in better shape to lend and partly because policy makers are keen to avoid exacerbating the unintended increase in inequality that resulted from rising asset prices but stagnant wage growth over the last decade.

Governments appear poised to take back responsibility for reviving the economy via fiscal spending, as it becomes clearer that monetary policy is suffering from diminishing marginal returns. Austerity is out.

Major central banks have also made it clear that they will accept above-target inflation for some time, rather than act preemptively to keep it below 2 per cent. While it is hard to discern precisely what this means until it is tested, it is fair to assume central banks will take a more dovish approach in future.

Finally, a Covid-19 vaccine that arrives sooner than expected could be an inflationary wildcard, jolting demand upwards before capacity destroyed by the pandemic has had a chance to be rebuilt.

The arguments for disinflation

On the other hand, it’s easy to see why many believe inflation could remain subdued for the time being. The pandemic has forced some sectors to shut down completely. Millions have lost their jobs and many more will suffer the same fate when government support becomes less generous or stops entirely. And as the colder season begins in the Northern Hemisphere, life free from Covid-19 still looks a long way off.

One of the most visible dis-inflationary forces at work is the sizeable output gap around the world, indicating significant spare capacity in the global economy - too much for businesses to be able to pass on price increases to customers without weakening demand.

Demand across all sectors is unlikely to recover to pre-pandemic levels for some time. In the US, income expectations have collapsed, credit card debt is contracting, and savings rates remain elevated. Meanwhile, housing, which comprises a significant portion of inflation, is showing signs of weakness in the US and elsewhere. And while the initial negative shock to the oil price when the pandemic hit has worn off, oil demand could remain subdued for an extended period, keeping prices lower.

Finally, there are the secular dis-inflationary trends. Ageing populations are saving more and taking fewer risks. Automation is eliminating jobs. Japan serves as a warning. Over the last few decades it has taken many of steps recently enacted by western governments to combat the economic destruction of the pandemic. Inflation has not followed.

Be prepared whichever side wins

Whichever side of the inflation debate you come down on, the current status quo is one of disinflation, meaning that even a moderate rise in inflation could destabilise security markets. So it makes sense to be ready to deal with inflation should it arrive.

One option is to consider government bonds with inflation protection and high yield over investment grade credit. Lower rated bonds perform better in inflationary environments, especially when accompanied by growth. In equities, companies with high pricing power in markets with barriers to entry should outperform, as well as those sectors and companies exposed to commodity prices. Lastly, gold often performs well when inflation expectations increase and real yields fall.

Disinflation is the order of the day. But the immense stimulus implemented in response to the Covid-19 crisis and the new approach taken by central banks could bring inflation back. The question for investors is when and to what degree.

More on this topic: Swinging 60s inflation pattern due a comeback