For the first time in the three years we have asked this question, the Trump administration’s policies are expected to weigh on corporate performance globally over the next two years. Almost half of all analysts globally say Trump’s policies will be a drag on their sector, up from only 13 per cent last year, and fewer than one in five thinks his policies will be a positive, down from 38 per cent.

But most significant is the shift among analysts covering North American companies, whose watchful optimism has entirely evaporated. It mirrors their views on protectionism, which more than two thirds say is a risk to business. In fact, only analysts covering emerging markets ex-Asia are more worried about protectionism.

Two years ago, Donald Trump had just been elected President and media coverage was bursting with scare stories about his economic plans. Yet it seemed that managers, especially in the US, shrugged off the concerns and focussed on the potential benefits to their companies’ bottom lines. The promise of lower corporate taxes, less regulation, more public spending and reduced international competition left them feeling more, not less, confident about their outlook.

Corporate earnings have indeed seen bumper years in the US, boosted by lower taxation in particular. As that impetus has faded infrastructure spending has disappointed, while Trump’s combative stance on international trade has started to raise costs for importers and has complicated sales for exporters.

This is why only a quarter of analysts covering North America predict fiscal policy will be supportive this year, still driven by tax cuts. Infrastructure spending is not predicted to be a significant factor and only one in six analysts predicts a further boost from deregulation. Nor do they think the war of words between Trump and his adversaries will pay off: the share of North America analysts who foresee a drag from geopolitics on investment plans has almost doubled to just under half of our sample.

Tariffs weigh on almost all sectors

The telecoms sector, with its domestically focussed businesses, is the only sector where our analysts report management teams are unconcerned. In utilities the aggregate effect is expected to be neutral, but some analysts report Trump’s decision to leave the Paris Agreement will increase uncertainty around other countries’ climate change policies, including Australia’s, which is hurting confidence in investment decisions.

Consumer sector analysts report tariffs are the main reason for the negative swing. “Many consumer products from textiles to toasters to toys are sourced from China. Increased supply costs will mean decreasing margins or passing the extra costs on to consumers, which decrease aggregate demand as well as add to inflationary pressures. In the long term, retailers can reconfigure their supply chains, but in the short term, even switching to Southeast Asian suppliers outside China might not mitigate price rises completely due to competition from other North American firms attempting the same,” a consumer credit analyst notes.

In addition, technology, energy, industrials and materials analysts all say companies are expecting a negative impact from protectionism this year. Energy analysts agree Trump is keen to keep oil prices low but warn that his trade war could curb global energy demand.

Auto tariffs and other trade restrictions are listed as key risks, with companies already blaming the trade war for falling consumer confidence. However, some of the effects may already have played out - some analysts suggest that sectors like autos were badly hit in 2018 and could bounce back if resolutions to the various trade conflicts, most importantly those with China, are found.

The chilling effect of Trump’s policies is felt in far-flung places: our analysts say even Macau casino operators fear Trump’s policies will weaken demand in China and depress their customers’ spending, with little predictability for planning purposes.

More protection can also have indirect effects. While US consumers are expected to remain strong, and Trump’s protectionism could indeed support sales for companies operating in the US - such as healthcare companies - analysts note there is a risk of the US closing to exporters and of higher costs due to lower labour availability if immigration falls.

Sectors with complex international supply and sales chains, especially technology but also materials, generally suffer the most from increasing trade friction, which explains some of the growing concern about the President’s policies. Our analysts report tariffs are a headwind to revenues, and additional political uncertainty around technology transfers are a threat to IT business models.

Further stimulus before 2020 election is an outside chance

Still, some of this pain may be eased by the longer-lasting effects of tax reforms that have already been enacted, even if their impact will fade. It is also a relatively safe bet that President Trump will attempt some form of electoral sweetener in the next two years to bolster his chances of re-election in 2020. Giving the economy a boost of the same magnitude in the near future will be harder for Mr Trump to achieve after the Democrats took control of the House in the midterms. But even if he could, there are declining marginal gains to be made from further stoking the American economy. 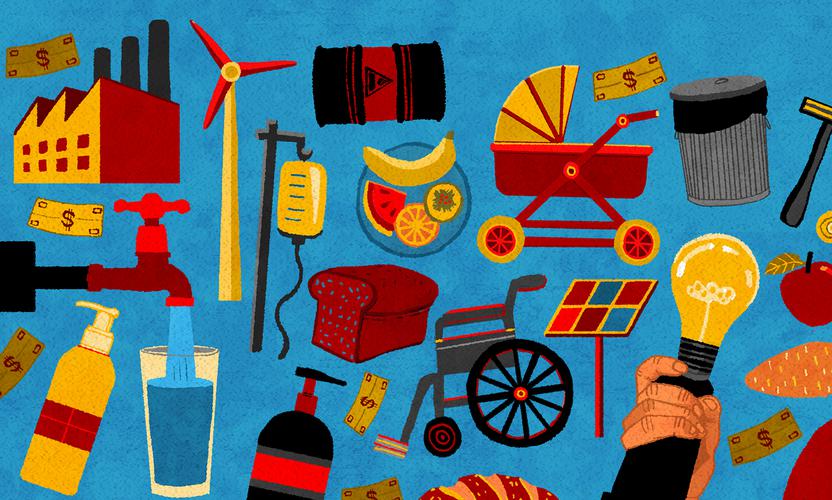