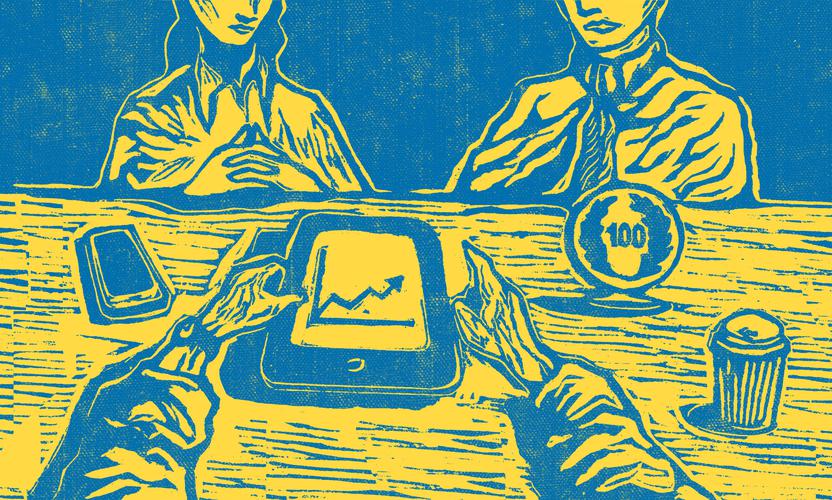 Global pension assets now stand at $45 trillion, equal to around half global GDP. But retirement is a recent concept. Germany introduced the first state-funded income in old age in 1889 for those over 70, at a time when the average life expectancy was just 45. Britain and Australia followed suit in 1908 with similar gaps between pensionable age and life expectancy. Such pensions were never designed to support decades of gardening and leisure for all. They were reserved for those living much longer than expected, to an age almost certainly past the ability to perform useful work given health conditions at the time.

Since then life expectancies have increased dramatically in the rich world. But the pension age has remained virtually unchanged. In 1922, only 42 per cent of the UK population made it to age 70 to collect their pension. Those who did lived for another nine years on average. Now, only 11 per cent don’t make it to their 65th birthday, the current pensionable age in the UK, and those who do can expect to live another 20 years.

Retirement is no longer the reserve of the frail and invalid, forced to withdraw from public life as the name originally implied. Advances in healthcare mean that pensioners are more physically and mentally able than ever before. Retirement is now seen as an important stage of life, a deserved reward for years of dutiful service.

All these extra years need to be funded. But a simultaneous fall in fertility rates has pushed old age dependency ratios in advanced economies to levels unable to sustain retirement as we know it today. However, the necessary changes might be driven by the choices of retirees rather than government intervention.

Our relationship with work has changed for the better

People in advanced economies are working for longer, not just because they have to, but also because they want to.

The work-leisure payoff from classical economics has transformed in the last 100 years. The shift from largely algorithmic work in manufacturing to more heuristic work in services has led to an increase in the intrinsic value people derive from work. Where previously geography or a lack of education restricted workers’ options, now they are free to choose and spoilt for choice. Your line of work is seen as an important part of your identity, akin to the way you dress or which football club you support, rather than which factory happened to be located in your home town. Work is no longer what you do but who you are.

The other upside of the shift to services from manufacturing is that working into old age is not the backbreaking endeavour of the past. People are no longer counting down the days to the salvation of retirement when one fine Friday afternoon they can down tools, straighten their crooked backs, and emerge from the darkness joyously wiping the grime from their faces for the last time. Social and technological changes have played their part too. Improvements in work-life balances, the rise of working from home, and a reduced need for business travel have all lowered the physical and mental stress related to employment.

The current crop of retirees is the last to be comfortably covered with defined benefit schemes. But not content to sit back, they are increasingly mixing leisure with part-time work, education, charity activities or starting a new venture. Cliff-edge retirements are out.

This trend will continue in the future but will begin at an earlier age, spurred on by a fragmenting labour market and a generation of millennials inspired by tech entrepreneurs with many varied projects.

Career breaks earlier in life will also become more common as the risk of ‘getting back in’ falls. Those who plan to work longer anyway can afford to take a year or two out when they are younger to travel, start a business or help raise a family. The beneficial impact this will have on gender equality will be welcome.

The pensions industry has been slow to react to the breakdown of the traditional three-stage life model of education-work-retirement. But it is starting to respond with options that reflect the reality that very few retirements will be alike in future, with each evolving over its own lifecycle. Moving to a personalised service with customers able to choose when and how to mix income from annuities and pension pots depending on work prospects, travel plans or medical expenses will give extra flexibility to those with money saved away.

It’s not just demographic trends that are altering the notion of retirement as a point in time. Technology is playing its part too. Online education has gained in acceptance and is now regarded as almost on a par with attending a classroom in person. This suits older people who can retrain in their spare time without the possibility of energy-sapping commutes. As work stretches out for longer, retraining and changing careers several times will become more common. A growing culture of education in later life will be a particular boost for industries needing a high number of technical roles, where the skills of older workers become obsolete faster. Many more will choose to refresh skills rather than retire.

Technology is also impacting healthcare. A more personalised healthcare service that technology enables means people will increasingly be able to schedule medical procedures at times and places that suit them, and plan career breaks around them. That knee operation requiring months of rehab may no longer make early retirement look like the only option. On an extended time-horizon, advances in technology will help older generations stay more mobile for longer.

Work will continue to evolve

The nature of work is evolving. Technology has enabled the gig economy to flourish. The pattern of on-demand work that allows employees to choose when and how much to work to perform with little pre-commitment suits many older workers. Accumulated assets such as houses and cars can now be put to use on platforms such as Airbnb and Uber. In the UK, the number of 65-year-olds who were self-employed increased by 66 per cent between 2010 and 2016, comfortably the fastest growth of any age group. Most gig economy jobs are low-skilled at present but this will change as millennials become the driving economic force. They are more comfortable recruiting the services of architects, consultants or lawyers through an app.

If we consider things on a grander scale, the very nature of work will be different in future. The spread of AI and advances in computer intelligence will make a range of jobs obsolete. But this will increase the value of skills that require empathetic human intelligence such as people management and relationship building. Skills that often improve with experience. So we may see older workers in higher demand than today, with the notion of peak earnings at age 45 a thing of the past.

Not all doom and gloom as we all get older

As a result, an older population won’t necessarily act as a drag on economic growth. Rising education later in life, falling age discrimination and increased flexibility around work will increase labour market efficiency by bringing more people, especially women, into the workforce on terms they want.

People generally accumulate wisdom as they age. The economy would benefit if this resource were put to good use. A recent study of new US companies that found that 50-year-old entrepreneurs were almost twice as likely to start a successful company as 30-year-olds.

The key is keeping older citizens economically active for as long as possible, both earning and consuming. The standard model of consumption, which shows a sharp fall as people leave work, will have to be rethought. But there is little guidance on how to fund consumption in old age. Almost everyone worries whether they will have enough assets to live on until they die. But many people are overly cautious.

By our estimates, around 10 per cent of Japan’s GDP is passed on as inheritance each year. And often this money is passed from 90-year olds to 60-year olds, who promptly save it as they too are worried about saving enough for retirement. In this way, a sizable proportion of assets is perpetually sitting on the sidelines. Encouraging those who have enough to live on to spend a little more in their later years would be a huge boost to the economy, not to mention quality of life in old age.

In a sense, the concept of retirement will cease to exist. Everyone will still go past an inflection point where expenditures begin to outweigh income. But it will be a personal milestone reached gradually rather than a sudden fanfare of leaving drinks and handshakes. Old age will inevitably get the better of all of us, but this will come later and later, after increasingly fulfilling preceding decades.

We might also see an end to pensions. A pot that you can only access at a certain age or in a certain way does not fit with a future of more flexible work and greater choice. Those entering the workforce today might instead prefer other tax-efficient savings vehicles that give greater control over their futures.

That people are living longer and healthier lives is something that should be celebrated rather than feared. We just need to make sure all those extra two minutes are put to good use.