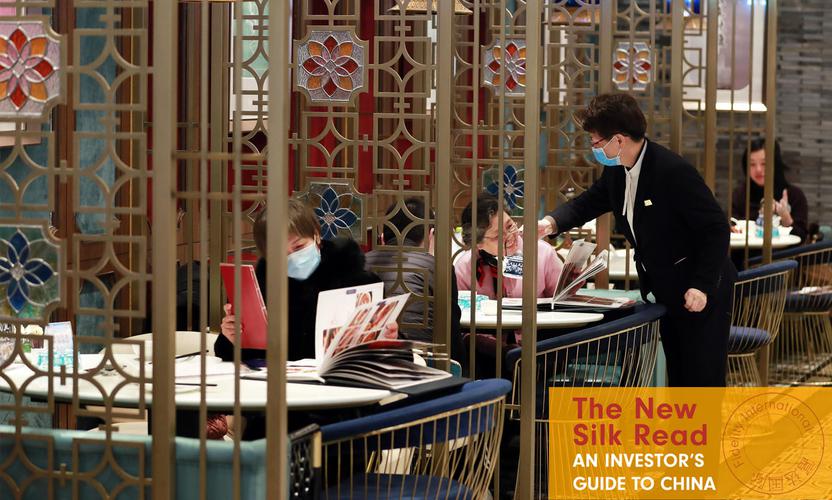 China’s restaurants and retail shops are buzzing again as diners and shoppers emerge from the month long closure of public areas to contain the spread of the coronavirus. While many people still wear face masks and look nervous in crowds, their outing signals the beginning of a recovery in the world’s biggest consumer market.

Consumption of staples is clearly outshining discretionary or luxury goods in what is still very much a lukewarm and uneven recovery. Broader economic uncertainties are still prompting people to delay big-ticket spending: instant noodles and frozen foods are selling fast, while travel agencies and hotels still struggle to find customers.

As the first major nation to have seemingly contained the virus, China’s consumer recovery will shed some light on what may happen in the rest of the world as the outbreak eventually peaks and recedes. What is clear is that the resumption of consumer spending is uneven and is unlikely to follow patterns set in the past.

“There are clear signs of recovery across segments, although the pace of  normalization is somewhat slow,” says Fidelity investment analyst Ben Li. “We need to see more consumer confidence to sustain the improvement and that will depend on how well China deals now with imported cases to contain the virus fully.”

We estimate more than half of the restaurants in large Chinese cities have reopened, based on information gathered from operators, although many are running in shorter business hours than normal. Fast-food chains are generally doing better than high-end venues, as many customers prefer picking up takeaways to minimize infection risks. To assure eaters, restaurant owners have taken health measures such as regular disinfection and wider spacing between tables.

For many large restaurants, our research shows daily turnover remains 40 to 50 per cent below levels before the outbreak. It may take a few more months to see a full recovery, given fragile public confidence in the virus being firmly subdued.

Youngsters are leading a slow return to shopping malls across China. We estimate more than 80 percent of retail stores have reopened, although their average daily sales have dropped by around 40 per cent on average from March 2019 levels. Sportswear retailers like Li Ning and Anta are rebounding from a February slump and may resume year-on-year growth in June.

Footfall remains weak at high-end outlets, but luxury goods may find a silver lining in demand from people who cancel their overseas shopping trips. Those who used to fly to Europe for designer handbags are staying in Beijing and Shanghai to minimize travel-related health risks. China cut a luxury consumption tax last year, adding to their incentives for local spending.

As people stock up on necessities, supermarket chains have emerged a winner from the outbreak with booming business throughout the quarter. Market leaders like Yonghui Superstores and Sun Art Retail are expected to post sales growth in the first three months from a year ago. Online grocery sellers have done even better with orders flooding in.

New car sales have taken a hard hit in the outbreak, with volume across China plunging nearly 80 per cent in February from a year ago. Concerned about the outbreak but also job security and economic woes, people are delaying their purchase of new vehicles, especially high-end products. First-time purchases for daily commutes may be less impacted, as many find it necessary to avoid subway or bus rides to reduce health risks. In a sign that demand is delayed rather than destroyed, car review app Yiche saw active users jumping 33 per cent in February from a year ago, according to data compiled by Quest Mobile.

Not surprisingly, the outbreak has dealt a heavy blow to hotel operators, as people minimize travel throughout the first quarter. The occupancy rates of many Chinese hotels have slumped to single digits, similar to situations in Japan and Korea.

China’s experience, from initial outbreaks to ensuing lockdowns, has served as a leading indicator in this global pandemic. Now the signs of a consumer-led recovery in domestic demand should offer a dose of cautious optimism to the world in panic.