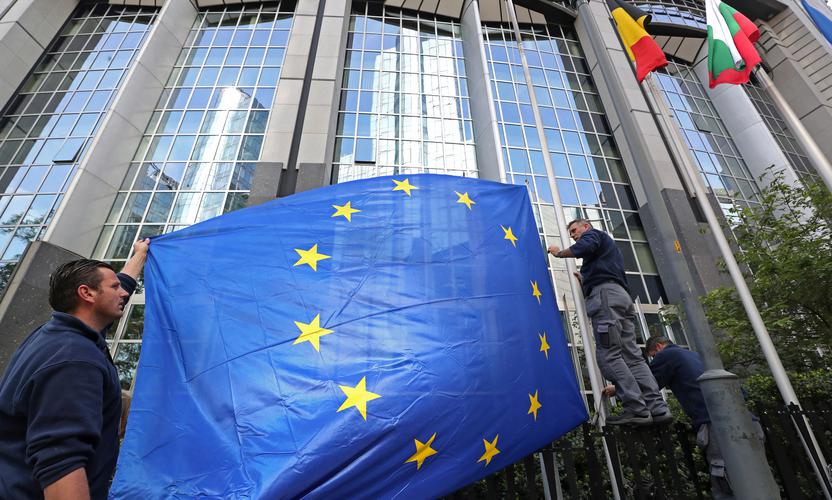 Pro-European liberals and Greens will have plenty to celebrate after the weekend’s stronger-than-expected results, while populist parties gained fewer seats than initially expected.

Furthermore, the high voter turnout - at 50.5 per cent, the highest since 1994 - highlights a renewed impetus behind the European project and is a great result for democracy and citizens’ engagement with the EU.

The elections, however, also confirmed the fragmentation of the EP. Large losses for the traditional centre-right European People’s Party (EPP) and centre-left Socialists & Democrats (S&D) families, which have dominated European politics for decades, mean that consensus-building will become harder.

Looking into the details, here are three winners and three losers from the vote.

A country-by-country look at the results

At a country level, the EP elections reflect a shifting tide in favour of the less moderate fringes of the political spectrum.

In the UK, the Brexit party confirmed its recent surge with over 31 per cent of the votes, while the Liberal Democrats gathered most of the Remain vote at more than 20 per cent (27 per cent in London). Labour saw a dreadful result with just 14 per cent, while the Tories garnered 9 per cent, 3 percentage points behind the Greens. The optimists will note that in aggregate, Remain parties received less than 40 per cent of the vote compared to over 35 per cent for hard Brexit parties - the balance comprised of the on-the-fence Labour and Tories. The Scottish National party (38 per cent in Scotland) and Plaid Cymru (20 per cent in Wales) also advanced. The result may help to convince Conservative party members to elect a Brexiteer leader. The remaining 27 European Union countries, on the other hand, will likely harden their resolve to oppose any further compromise with a troublesome UK, thus increasing the probability of a hard Brexit.

In France, Le Pen’s RN election victory will be a humbling moment for president Macron but is unlikely to lead to any material change in the political landscape, given LREM’s control of parliament and the presidency for at least another three years. However, it will damage Macron’s stature as a driving force for deeper EU integration.

In Germany, the losses suffered by the CDU/Christian Social Union are manageable. Nevertheless, the poor result recorded by the SPD may weaken the grand coalition in power and could yet lead to early elections. The emergence of the Greens as the main opposition party and the lack of progress for the AfD are encouraging, although the far-right party did win in Brandenburg, one of the three states holding closely-watched elections this Autumn.

In Spain, there was a clear victory for the Spanish Socialist Workers' Party (PSOE) with over 33 per cent of the vote, broadly repeated in the municipal and regional elections being held simultaneously. The centre-right People’s Party held its ground compared to the general elections in April and looks set to be heading the Madrid municipal government. Vox flopped, losing 4 percentage points of the national vote compared to 10.3 per cent attained in the general elections, though still electing three MEPs.

In Italy, there was some consolation for mainstream parties in that the centre-left PD looks set to remain a key player with more than 24 per cent of the vote, clearly overtaking M5S. However, Salvini’s Lega appears likely to add 23 MEPs to its existing five, while hard right Brothers of Italy/Federation of Liberals may gain another five.

The European Parliament elections took place at a delicate time for the EU. EP fragmentation will not help the block navigate what still is a challenging political landscape. There are several key roles up for re-election, including EC President and Mario Draghi’s successor at the helm of the European Central Bank. The growth backdrop, meanwhile, is yet to improve. While Europe postponed its trade negotiations with the US, it will eventually have to contend with them and will need to show a united front.

There are still plenty of hurdles ahead, and no doubt volatility and dispersion will remain elevated in the next few quarters. Valuations in European assets, however, already reflect and price in the uncertainty that investors face. This is particularly evident in European credit, where spreads have underperformed their US equivalent over the past 12 months. Income-starved European investors will find the yield available in European credit attractive as the ECB keeps a very accommodative stance and deposits are likely to yield zero for a long time still. On the macro front, meanwhile, the external headwinds that have so far weighted on European growth are likely to subside, with Chinese stimulus that is steadily feeding through.