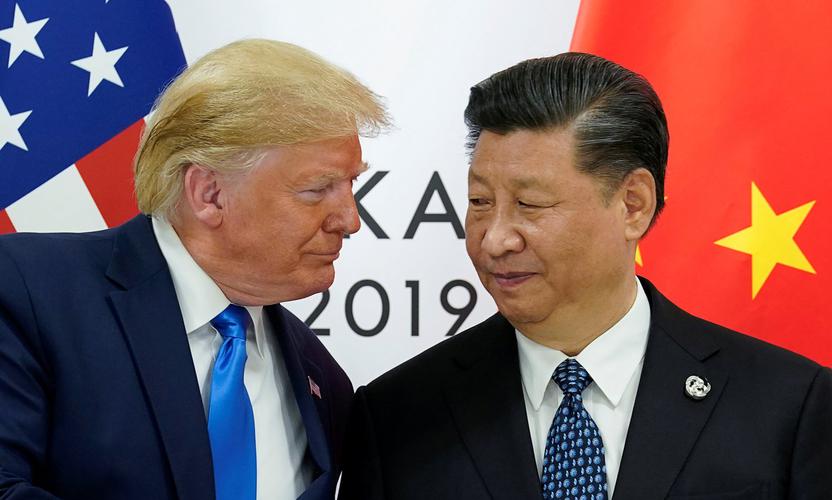 When investors hear the phrase ’trade war’, it conjures up images of US soybeans rotting in fields and Chinese factories lying dormant with excess capacity.

But to really understand this issue, we need to broaden our horizon from current account deficits and surpluses, stepping back to consider intellectual property and military technology, as well as a struggle for global economic hegemony. Zoom out even further, and it becomes clear that increased protectionism is on the rise globally; against this backdrop, the US-China dispute can be viewed as a major battle in a burgeoning era of worldwide trade protectionism.

Some historical context is in order. As the Cold War came to a close in the late 1980s and early 90s, commentators began celebrating a new era of globalisation as countries formerly under Soviet influence became counterparties for trade. According to the celebrated (and vilified) political scientist Francis Fukuyama, the perceived victory of liberal democracy over communism meant “the growing ‘Common Marketisation’ of international relations, and the diminution of the likelihood of large-scale conflict between states.”

But fast forward 30 years later, and there is hardly this level of optimism. Indeed, the evidence points to pessimism.

Protectionism on the rise

There are other major trade conflicts brewing globally, and cumulatively they may have as much of an impact on global growth as the main event. The ongoing dispute between Japan and South Korea, both important economic and strategic allies of the United States, stems from a 2018 decision in South Korea’s Supreme Court that ruled Japanese firms who benefitted from South Korean slave labour during the Second World War would have to pay reparations.

Japan insists that the issue was settled through a 1965 treaty, but that didn’t stop lawyers in South Korea attempting to seize Japanese assets. This led to Japan stopping important chemical exports to South Korea - harming their critical semiconductor export industry - as well as withdrawing from a key intelligence sharing pact.

Rather than seek a resolution with Japan, South Korea has instead broken with over two decades of fiscal orthodoxy and embarked on major fiscal stimulus, possibly indicating they are bedding in for the long haul. As with the US and China dispute, there is more at play here than simply the balance of payments, and it is a situation that appears intractable.

While Brexit is a clear example of protectionism within Europe, the Eurozone is facing far more meaningful trade headwinds. China is the Eurozone’s largest source of imports and most importantly, its second largest export market behind the US. The nature of the Eurozone’s exports to China are largely value-added products and services, and hence China’s growth is a major contributor to the Eurozone’s own growth trajectory. While a slowing China - not helped by its trade dispute with the US - is a headwind, a growing issue is Europe’s increasingly fraught relationship with its largest trading partner.

The Eurozone’s trade surplus continues to grow, and President Trump’s rhetoric is ramping up, accusing the EU of being “…worse than China, just smaller. It treats us horribly.” An already weak Eurozone may end up being the direct target of US protectionism, and with monetary policy’s impact questionable and fiscal policy still on the sidelines, it is difficult to see where the positive signs for the Eurozone are coming from.

No difference under Democrats

The US has also proved wiling to crack down on its closest neighbours, Canada and Mexico; but it was the Democrats who until recently had been holding out on passing the NAFTA replacement agreement, the USMCA, as they wanted stronger protections for US workers and the environment. As we have highlighted in the past, to see this issue as a ‘Trump-driven anomaly’ belies the bipartisan support for protectionism. The deal was ultimately ratified this week. Even Brazil and Argentina have come under fire recently, with Trump threatening to impose tariffs on their steel exports.

To pose the obvious counterfactual - would it have been different under Hillary Clinton? She opposed the Trans Pacific Partnership that Trump ended up scrapping, and if her memoirs are any indication, we would assume her policies would be broadly similar (if communicated more diplomatically): “Our country has learned the hard way over the past several decades that globalisation and the expansion of international trade brings costs as well as benefits.”

Will it be different if Elizabeth Warren or Bernie Sanders manages to win the Democratic nomination and unseat Trump? Unlikely, as they come from the wing of the Democratic party less inclined to support free-trade and have both stressed that Trump has not gone far enough in protecting US workers.

The bottom line for investors

It is important for investors to think of the US and China trade dispute as a major conflict within the context of a growing international era of protectionism. This conflict may often involve the US, but not always; Brexit or the Korea-versus-Japan dispute are reminders of this reality.

Looking at the big picture will help investors avoid the market’s tendency to overreact to incrementally positive or negative news on trade negotiations between the US and China. As important as these negotiations are - even the most positive announcements would be unlikely to draw a firm line under this ongoing global conflict.