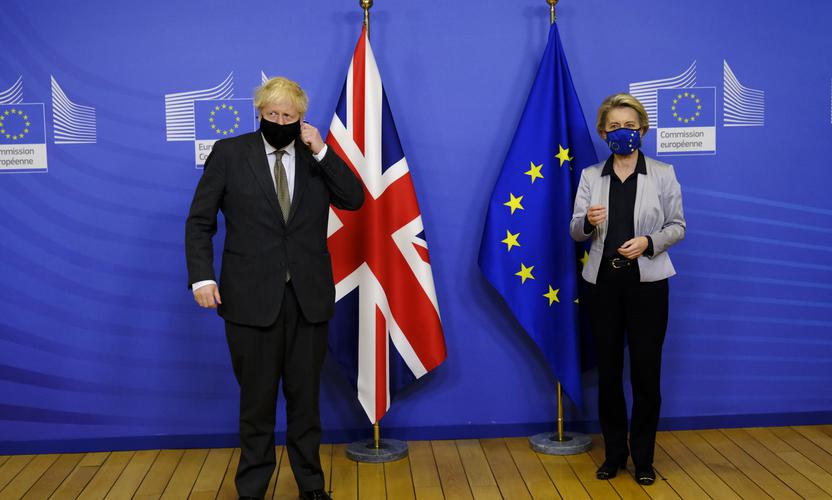 Brexit fears are being swiftly overtaken by rising concerns over a coronavirus surge. But, make no mistake, the agreement between the UK and EU is a positive development, both from a political and economic perspective, compared to a no-deal scenario.

In 2011, when the Eurozone crisis was dominating the headlines, the idea that Britain might leave the single market before any of the heavily indebted periphery countries was seen as highly unlikely. Yet, nearly 10 years later, a (relatively) orderly exit is underway.

There is no doubt that no-deal would have been extremely damaging for Britain’s economy. Any sudden introduction of heavy frictions in the highly interconnected and fluid economic relationship between the UK and the EU would have further weakened a UK economy already under severe pressure from repeated coronavirus shutdowns.

For the EU, the Brexit negotiations posed a stringent test of the foundations of the customs union, one that in some ways was more serious than the Eurozone crisis of 2011/12. An agreed deal powered by a sustained expression of unity among the remaining member states sends a strong message about the current health of the union, both domestically and internationally.

For the UK, the deal offers some respite from the policy uncertainty that has depressed economic activity in recent years. Since 2017, the UK economy has grown more slowly than other G7 countries and business investment growth has fallen from an average of 6 per cent growth per year between 2011 and Q3 2016 (the year of the EU referendum), to just 0.15 per cent between Q4 2016 and Q1 2020, a damaging stagnation.

In markets, sterling is weaker than its pre-referendum levels on a trade-weighted basis. Meanwhile, UK equities have delivered a total return of just 5 per cent over that period, compared to a 70 per cent return generated by global equities since mid-2016. Return in dollar terms for UK equities is even worse, with a print of -3.7 per cent.

An orderly exit is good news in the short term, offering business some certainty that should bolster the economy and should also help reverse the sustained underperformance of UK assets, especially once the coronavirus situation improves following the rollout of vaccines. This may provide a buying opportunity for investors in UK equities.

The medium and longer term

Some uncertainty remains, however. The deal focuses on goods rather than services, meaning about 80 per cent of the UK economy is not covered, and details of the future trading relationship with the EU still need to be ironed out.

From a longer-term perspective, the accord is at best a “skinny” free trade agreement compared to the soft Brexit scenarios that did not survive the UK’s political crossfire over the issue. As a result, regardless of what opportunities may be pursued elsewhere, there will be an economic opportunity cost from not being a member of world’s largest single market.