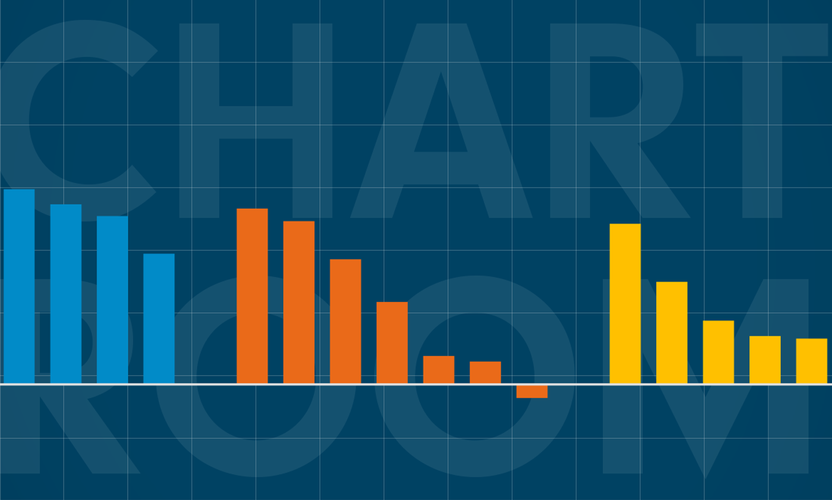 A popular debate among investors this year is whether commodities are entering another supercycle or a long period of abnormally robust demand. But regardless of your views on this question, we think the recent broad outperformance of everything from crude oil to copper to corn is set to change gears, and we are likely to see more dispersed returns from here.

This week’s Chart Room looks at price performance across nearly 20 individual commodities and how this is diverging despite overall robust gains. Risks to global demand appear to be growing, including the current wave of Covid-19 cases in emerging markets like India and Brazil. Going forward, we think demand for energy commodities will increase as major economies continue to reopen. On the other hand, demand for metals and agriculture products will likely be tempered by a more moderate pace of growth in China and a global restocking cycle being completed.

The oil price rally has been impressive but risks still seem tilted to the upside. Despite some cuts to demand forecasts, most recently by OPEC for example, a rebound in demand later in the year will likely be met by lower-than-expected supply. OPEC has only committed to gradual increases in oil output and we expect they will probably stay on track with forecasts, as most members have been disciplined in sticking to their agreed levels of production. Meanwhile, US shale companies are also likely to ramp up production slowly. They remain focused on maintaining balance sheet discipline and have been cautious on new investments into oil fields.

For metals, the outlook is less rosy because a lot of demand relies on the Chinese economy and growth may slow in the next 12 months on the back of the PBoC’s gradual monetary policy tightening. One counterweight is decarbonisation, which we view as an important thematic that will drive a sustained multiyear period of above trend growth for certain commodities, particularly those metals like lithium, nickel and copper that are used in electric vehicles and renewables value chains. But it remains to be seen whether long-term thematic supports are enough to sustain metals prices at their current levels if underlying nearer-term demand weakens.

Among agricultural commodities, corn and soybeans have been leading the charge, mainly driven by China demand. Last month, the US Department of Agriculture in Beijing forecast China’s corn imports for the 2020-21 marketing year at a record 28 million metric tons, vs an estimate of 7.6 million metric tons for the previous period.

But some of the tailwinds may run out of steam. For example, much of China’s corn demand was driven by a restocking of hogs, whose numbers were reduced by half in 2018-19 by African swine fever. As of April, hog herds have recovered to 97.6 per cent of end-2017 levels, according to the agriculture ministry. There will be increased demand for some agricultural products from the renewable diesel build out in the US - but it’s unclear that this will support prices at their current level.

The broad strength across commodities year-to-date has triggered concerns around inflation and rising material costs, and bears watching for investors of all asset classes. The potential dispersion in their future performance could reveal further insights about the global recovery - and hiccups along the way.