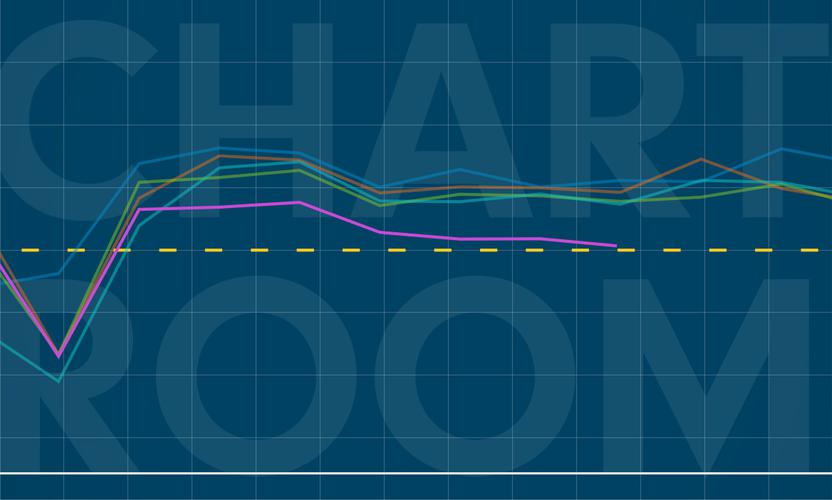 China’s excavator operators have had their slowest summer in at least a decade. As a concurrent barometer of the Chinese economy, excavator utilisation is falling towards a key warning level - and arguing for quick policy response.

In this week’s Chart Room, we examine the utilisation hours of Komatsu excavators, a lesser known but valuable proxy for gauging the country’s construction activity. As a market leader in China, Komatsu excavators are well known for their built-in monitoring devices that ensure data accuracy.

Digging into the data

Average operating time per unit slumped to 102 hours in September, from levels above 120 hours in the same month of the previous 10 years. Similarly, utilisation time from April through August showed a clear, bearish departure from trends over the last decade. January and February data are less meaningful due to annual distortions from the Lunar New Year holidays. But in any other month, we think the gauge dipping below 100 hours could trigger significant policy action, if history is any guide.

Construction forms a key pillar of China’s economy, with the property sector and infrastructure construction each accounting for roughly 30 per cent of fixed asset investment. In the third quarter, tough government measures to tighten property-related financing led to declines in land purchases and new project starts, putting pressure on housing inventory restocking and hence construction activity for the quarters to come. Meanwhile, infrastructure spending has stayed weak, mainly due to local governments becoming more fiscally disciplined.

The number of excavators sold in China’s domestic market plunged 38 per cent from a year ago to about 14,000 in September, following a 32 per cent year-on-year drop in August, according to the China Construction Machinery Association.

In our base-case scenario, the property sector will remain a significant drag on China’s economy in the coming quarters, after data released this week showed that GDP growth came in at a worse-than-expected 4.9 per cent for the third quarter. Other factors, such as the ongoing power crunch, broad policy tightening and the lingering impact of Covid-19, will also combine to weaken growth.

We are starting to see signs of a policy inflection point, although more action is needed to ease property woes and halt a broader slowdown. Significant policy easing still looks unlikely in the near term, as the government has shown an increasingly higher tolerance for slower growth in its efforts to rebalance the economy. For example, China set the annual GDP growth target at 6 per cent in March, markedly below a consensus estimate of 8 per cent.

As such, near-term risks to the country’s growth will remain skewed to the downside. And the rest of the world may feel the ripple effects, with emerging market commodity exporters particularly vulnerable.

Those holding their breath for a construction boom shall be disappointed. With a mild policy response, construction activity could stabilise, but it would be unrealistic to expect any V-shape recovery. China is unlikely to rely on excavators to dig its economy out of a slowdown this time.