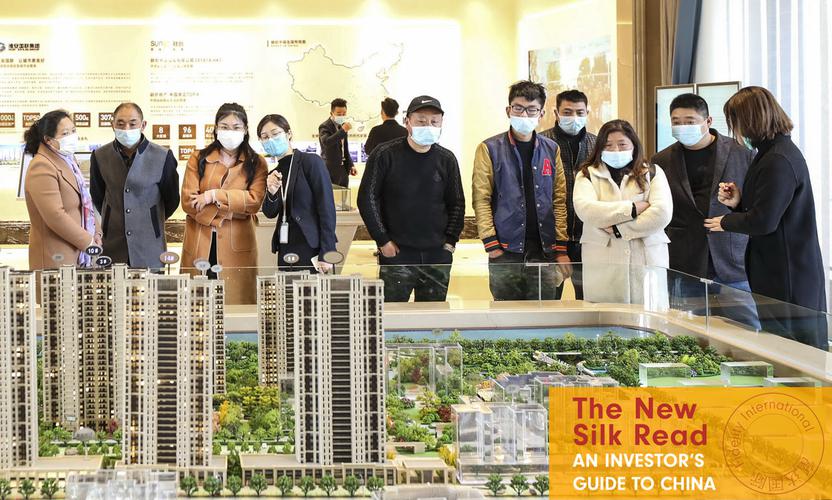 The dream of home ownership is alive and well in China. While at the height of the coronavirus lockdowns in February, residential sales volumes in China’s major cities were down 90 per cent year-on-year, they have more recently recovered to around 30 per cent below normal levels. Housing demand that was pent up for months is now slowly starting to be released.

As the middle class grows and people seek better job opportunities and medical facilities, the long-term population growth of higher-tiered cities will likely continue. Companies are responding by turning their attention to cities like Shenzhen, Nanjing, and Hangzhou, where despite the Covid-19 outbreak, new project launches were recently sold out in half a day. There are signs some developers are acting to bet on the next upcycle. At recent land auctions in Chengdu and Beijing, developers paid high premiums over the starting bids.

We expect higher tier cities to recover first, as their markets are performing much better than lower tier cities, which are doing price discounts of 20 to 30 per cent. Although large stimulus and a sharp upcycle is unlikely, marginally improving sector performance can be expected.

A rebound in property could benefit other parts of the economy. While its relative contribution has been declining over the years, property still accounts for roughly 7 per cent of China’s GDP, and 17 per cent when related investments are included.

For example, China’s steel demand is the highest in the world, and property accounts for roughly a third of that. Steel demand has recently recovered to levels seen before the January Lunar New Year, but we think it’s mainly due to inventory restocking rather than construction activity, which will need to further rebound in the coming quarters to digest this new supply of the metal.

So far, policy support has come at a measured pace, and will likely remain so. Small and medium sized companies and manufacturers will be favoured for new loans, as President Xi Jinping’s guideline of “houses are for living in, not for speculation” remains in place.

We have seen some incremental support measures which were targeted, mostly for the supply side. For banks, previous tight restrictions on the proportion of loans given to developers have been deemphasized to alleviate liquidity stress after the coronavirus outbreak. Rates on new mortgages have also been lowered slightly. We expect more demand side loosening to come on a city-by-city basis as the export slowdown intensifies.

Against the improving backdrop for the sector, we see little incentive for the government to unleash larger-scale easing measures (unless the outbreak worsens). There is low systemic risk around mortgages, despite the economic slowdown and rising unemployment. China’s household debt is relatively low at 56 per cent of GDP, and in the event of rising unemployment, mortgage repayments have less credit risk than things like credit cards and other consumer loans.

For investors, we see a supportive environment for China’s property sector stocks this year, based on expected prudent policy loosening to counter an exports slowdown amid the COVID-19 global pandemic. This, together with accelerated market consolidation, should let the winners in the sector grow their sales. While we expect nationwide sales should fall around 10 per cent this year, the stronger companies should be able to grow 5 to 10 per cent.

At the same time, valuations in the bond market are starting to look attractive. Chinese real estate developers make up about half of the Asian high yield universe. And year-to-date, China property high yields have risen by 500 basis points on average for credits rated BB, and 700 basis points for Bs, as global liquidity dried up and caused significant price dislocations.

By contrast, in the China onshore market, property bonds have been trading at historically tight levels. This means there are huge yield differentials between onshore and offshore, even from the same issuer, which could signal a rare opportunity for investors. We recently saw onshore/offshore differentials of around 500 basis points for a high-quality BB-rated issuer, and 1300 basis points further down the credit curve, albeit these gaps have since narrowed a bit.

Meanwhile, from an issuers’ perspective, developers may use the low-cost funding environment onshore to replenish their liquidity reserves, which should ease concerns for offshore bondholders.

“For the rest of this year, offshore maturity is pretty much pre-funded, onshore funding access is improving, and policy remains supportive,” said Ming Gong, credit analyst for China property. “Based on the fundamentals, current valuations provide attractive opportunities.”

In general, we see the sector as neither overly-leveraged nor at risk of widespread defaults. In both the onshore and offshore markets, quotas for incremental fund-raising have been strictly regulated in recent years in line with China’s deleveraging campaign.

Another supportive catalyst are bond buybacks by the companies themselves, which signal abundant liquidity and a faith in the market’s fundamentals. Several issuers have already announced bond buybacks, and more are likely to come. These have been mostly in short-term debt, where the issuer can buy back their bonds at a discount and book a profit now, rather than repay at full value a few months later.

The key risks to watch include extended COVID-19 outbreaks in other countries, or a second wave in China that requires more lockdowns. Also, there can be a lag in policy response given the leadership’s cautious tone towards the property sector. If policy loosening does not come as expected, the fundamentals may slump again.

Despite the macro challenges, there are still plenty of opportunities for developers with strong balance sheets, access to low-cost funding, high operating efficiency, and a focus on higher-tier cities. In the coming months, we’re likely to see a normalisation of pent-up demand that could help such companies outperform.