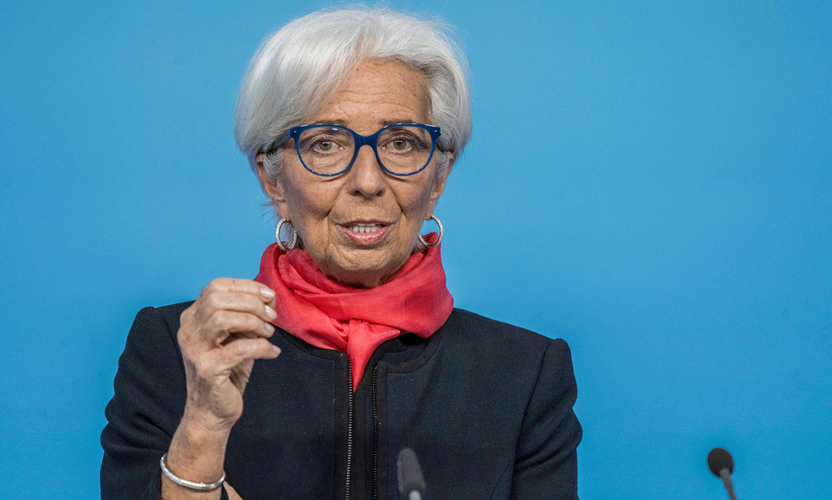 The European Central Bank (ECB) took no policy action at its February meeting, in line with market expectations. While the tone of the statement was little changed, President Lagarde signalled a hawkish policy pivot in the press conference, largely on the back of upside inflation surprises seen since the last meeting in December. She acknowledged inflationary pressures are becoming broader, though their persistence remains uncertain. In this respect, wage growth, which remains muted for now, will be the key gauge for inflation trajectory through the year and beyond. Lagarde stressed the importance of the three criteria of forward guidance concerning inflation and rates, and confirmed the plans on policy sequencing are still intact. Moreover, she stressed the ECB's determination not to rush into any policy decision before a proper assessment has taken place.

The hawkish change in the narrative we had expected from the ECB later this year has come much earlier and has been notably well handled by President Lagarde. The ECB is clearly concerned by the latest inflation developments and, just like its other developed market counterparts, is looking to protect its credibility as an inflation-targeting central bank. With two rate hikes from the Bank of England already done, and the Federal Reserve poised to kick off its tightening cycle as soon as March, the ECB is feeling the pressure to communicate its exit plan. The hawkish pivot at its February meeting was designed to leave options open for policy action at any time, depending on growth, inflation and market developments over the next few months. To be sure, it seems unlikely at this point that the Governing Council has a clear policy path in mind. However, they have now given themselves flexibility to act within the constraints of the existing framework, should the need arise.

Now the focus is squarely on the March meeting. We will be looking for two keys signals that will guide our assessment of the future policy path. The first will be the ECB staff inflation projections. The new guidance introduced by the ECB last year describes three conditions that need to be fulfilled for rate hikes to be considered.

1. "Inflation reaching two per cent well ahead of the end of the projection horizon”;

3. Evidence on progress in underlying inflation towards the new target to be "sufficiently advanced".

For these to be met, it is likely that we need to see both 2023 and 2024 inflation projections at or above target and likely for both headline and core. Latest ECB forecasts have headline and core inflation just below target for both 2023 and 2024. So, for rate hikes to become a possibility, these forecasts would need to be upgraded to 2 per cent or above for both years. At this point we are not convinced the staff projections will be revised up to fully meet the three criteria in the March meeting. It is possible the 2024 forecasts will remain unchanged for the time being. If underlying inflation developments remain strong, June, or indeed one of the subsequent meetings might be used for further inflation revisions to meet the three criteria for a rate hike.

The second signal we will be watching for is on the Asset Purchase Programme (APP) plans. For now, the ECB outlined its plan for net asset purchases to the end of the year, meaning the first rate hike is only possible in early 2023, in line with the sequencing constraint. However, the ECB might well accelerate the tapering timeline to cease net asset purchases before the end of 2022 to meet conditions for a rate hike earlier if required. While it is possible the APP will now end in June, we are more inclined to think the quantitative easing exit will be pushed to Q3 or Q4, to allow for a more gradual tapering and for more evidence to emerge on the nature of inflation, especially as far as wage negotiations are concerned.

We believe the current market timeline for the first ECB hike in July is too aggressive and ultimately we are still inclined to believe an early 2023 rate hike is more likely (although a December hike seems equally possible). But for now, with financial conditions at very easy levels, with growth likely to pick up from the soft path in Q1, and with inflationary pressures continuing to broaden, the hawkish ECB narrative is likely to dominate markets for the next few months. This means market pricing for the hiking timeline should become more aggressive and peripheral spreads should continue widening. Beyond the first hike, the ECB policy rate trajectory will most certainly be shallow, with the familiar multiple constraints, not least the peripheral debt burden, dominating policy decisions. But that is not the story for this year. All in all, our view that Catch 22s will shape the policy outlook for DM economies this year remains firmly intact.