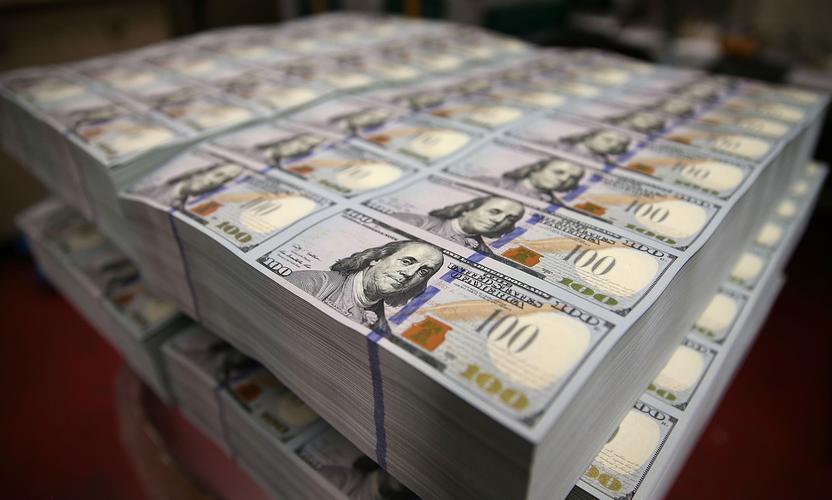 One is the possibility that their vast quantitative easing (QE) programmes will generate money supply growth on a scale that eventually causes a sustained uptick in inflation.

Another is the potential impact on the US dollar of an extended process of near-zero interest rates and extraordinary levels of direct monetary expansion - designed to buy accelerating debt issuance by the US Treasury as it seeks to fund a higher domestic budget deficit.

While central bank action has improved liquidity, it is still tighter than pre-crisis levels. In some cases, it is taking time to get to where it is most needed, and we remain cautious from a market and a fund perspective, given how far prices have moved off their worst levels.

“We are one headline away from a relapse,” says Steve Ellis, Global CIO, Fixed Income, “So maintaining fund liquidity and high cash balances is paramount.”

Trading costs, though, have come down significantly. In credit markets, the so-called T-cost to mid is around 20 cents per trade - the lowest since the beginning of March. At the height of the crisis, it reached over 600 cents per trade.

Flows have been returning to investment grade and high yield markets, which have seen a glut of new issuance. Initially, these issues were offered with big concessions, but have since become less competitively priced. Opportunities remain in fixed income, but it is important to be selective as the full extent of the economic damage is unknown and default risk has increased.

More in the monetary toolbox

Before the crisis, many wondered if central banks had anything left in their toolbox to fight the next downturn. The Federal Reserve certainly appears to. It has shown a remarkable proliferation in the types of support it can offer markets and companies, working closely with the US Treasury to pump trillions of dollars into the economy. And there could be more to come.

“Assuming central banks won’t try to come up with other ways of intervening is possibly premature, given they still see risks ahead. And something they may consider using is yield curve control,” says Andrew McCaffery, Global Chief Investment Officer.

During the post-war period, central banks used ‘yield curve control’ (buying or selling bonds to hit a specific interest rate) to maintain an overall level of yield and peg the cost of capital. Several central banks have already begun to pursue this policy and more could follow.

The Fed also has the option of moving to negative interest rates, but believes this will present challenges for banks and the broader money market structure. Instead, we are likely to see the Fed use its balance sheet and yield curve control to create a similar effect. Fed chairman Jerome Powell has made it clear there is no limit to the central bank’s balance sheet growth. This, alongside Treasury borrowing to support the real economy, is taking US debt to eye-watering levels.

The cost of big debt: why it’s different this time

The Fed balance sheet has risen by around $2.7 trillion to $7 trillion in the last two months alone, and is set to expand further. The US Treasury is seeking to borrow $3 trillion to fund Covid-19 bailout packages. Previously, the Fed was buying up to $75 billion of Treasuries a day at the height of the crisis. Now it is back to buying $30 billion a week. To help absorb the avalanche of US debt coming through and avoid yields backing up, the Fed will have to ramp up purchases again, perhaps adding another $1.6 trillion to its balance sheet.

There is likely to be a cost to this expansion. After the financial crisis, many expected QE programmes to increase the money supply and devalue fiat currencies. But money supply growth and the velocity of money were moribund.

“Turning the monetary taps on had little impact back then; the plug was out of the bath,” says Ellis. “This time, the plug is in, and we are seeing a substantial increase in money supply growth. This could eventually lead to inflation pressures, and further increase the case for yield curve control.”

While inflation remains a possibility over the medium to longer term, at present, the world is focused on the deflationary shock from a collapsing global economy and widespread job losses.

“The inflation outlook is not yet clear. There are a few things to watch: how fast supply chains and productivity levels can recover, how forthcoming solvency issues are repaired - and the degree to which the monetary explosion stays within the system. But this will be an 18-month, if not multi-year, process. So it’s too early to be too definitive, but clearly there will be a battle ahead between the different elements at play,” says McCaffery.

Implications for the US dollar

US monetary expansion may have implications for the dollar. Until recently, Treasuries offered investors a yield of over 2 per cent for one of the ‘safest’ assets in the world. This compared favourably to European government bonds yielding near-zero or negative rates, with a marginally higher risk profile.

The dollar’s status as the world’s reserve currency - used in most cross-border trades - meant that the US could borrow freely and with little consequence, other than the odd hiccup when politicians squabbled over raising the debt ceiling. But as the interest rate differential has disappeared and total debt has pushed through $25 trillion, the bull case for the dollar has been diminishing.

In the near term, much reduced dollar/euro hedging costs for European investors compared to 2019 may sustain flows into the US currency; but that is likely to be transitory. Longer-term, the dollar could be entering a secular decline. It is even possible that, over time, its status as the reserve currency may be eroded, if credible substitutes emerge.