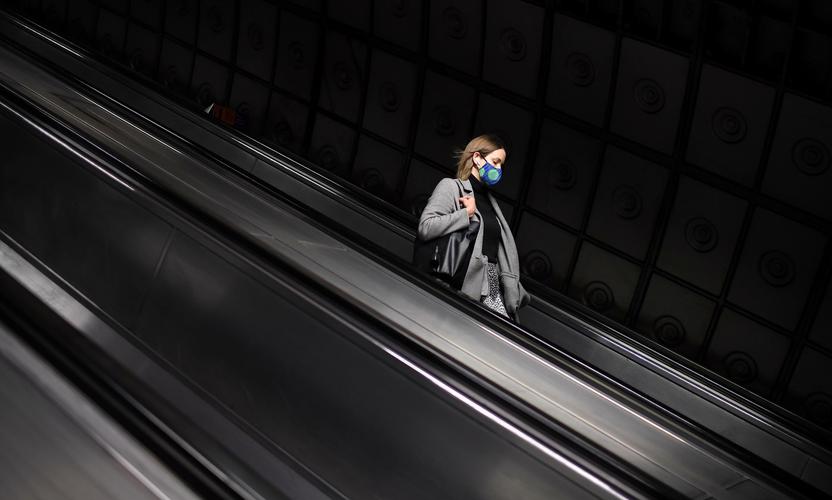 Companies with high levels of debt going into this crisis, often used to fund share buybacks or maintain earnings, may now struggle to get the capital required to weather a phased return to activity. While many may have sufficient funds to come through the initial lockdown, sustaining businesses through rolling lockdowns, if infection rates oscillate, will be harder.

Restoring consumer confidence into 2021 and beyond, amid high unemployment, could be challenging for equally indebted governments. The US Treasury has announced it will borrow $3 trillion to fund its existing Covid stimulus packages, taking total government debt above $25 trillion, and more may be needed. In Europe, concrete support for weaker countries such as Italy will be crucial to avoiding another sovereign debt crisis.

“There is a massive point around solvency, but also confidence in the future policy approach. And that confidence issue, I think, is going to be a very big one over the course of the next few months,” says Andrew McCaffery, Global Chief Investment Officer.

Analysing the shape of company recoveries

Fidelity analysts are scrutinising corporate balance sheets to see which companies could survive the next 12-18 months with little or no revenue, as well as capitalise on any increases in activity. At the macro level, they are examining which areas are most exposed to foreign exchange and sovereign risk, and where default risk is highest.

“Central banks and governments in emerging markets are trying to do the right thing, but without the deeper pockets of developed markets. So we have to redefine our risk metrics depending on which type of country we are talking about,” says Romain Boscher, Global CIO, Equities.

At the fundamental level, our analysts are plotting the likely recovery curves of individual sectors and companies over different time horizons. Issues previously viewed as longer term have become medium term and pre-existing trends have been accelerated, e.g. concerns about decreasing demand for fossil fuels and offline shopping.

Different sectors may have differently shaped curves. Winners from the crisis such as technology and healthcare firms may see an acceleration in growth - along a J-type curve - while industrials and durable goods may initially benefit from pent-up demand, but only recover to 70 or 80 per cent of their pre-Covid levels, following a square root shape. Finally, hotels, airlines, banks and energy stocks may experience more of an L-curve, where they trend along the bottom for an extended period.

To cut or not to cut dividends

Close attention is also being paid to dividends and, where companies maintain them, how sustainable those dividends are. Initially, companies cut their dividends as a way to fix their immediate liquidity problems. Then dividends became a political issue as governments began telling companies receiving direct and indirect state support to scrap pay-outs. Now companies are making strategic decisions about whether or not to cut, even if they have no liquidity issues.

Impact on the cost of equity

While dividend cuts may have an impact on the future cost of equity, we expect markets to become more discerning as to which companies have sustainable business models and, longer-term, can pay regular dividends, and which are becoming ever more cyclical or have distressed balance sheets, e.g. in the energy sector. Electricity consumption has fallen by a quarter over the last two months, but fossil fuels have borne the brunt of this, while renewables have continued to produce electricity at a relatively stable rate.

Where companies become state-owned, however, this will inevitably have a greater impact on their return on equity.

We expect similar solvency and cashflow analysis to be applied to private markets. Like public companies, private ones have been quick to draw down lines of credit, and their debt levels have increased. Prior to the recent crisis, many private debt portfolios had seen conservative levels of leverage of four to five times EBITDA in lending terms creep up to eight or nine times, reducing the margin of safety in these more challenging times.

While public market valuations corrected sharply following the outbreak, it will take longer for the devaluation of private assets to play out, but with no less risk of insolvency. Public markets have been flooded with liquidity, but private companies may find it harder to access liquidity quickly from the authorities’ various schemes. Sustainability and resilience will, therefore, be equally important for private companies until economics recover.

“Several investors have been very prudent, marking down portfolios and thinking about what that means in terms of asset allocation. But the reality is that the visibility [on valuation] is only just forming, and refinancing could take months to work through. I think we will see some real pain in certain parts of the economy and for many of the private companies,” says McCaffery.

Distressed valuations in private (as in public) markets could create some attractive investment opportunities, as long as investors can set the deal terms to compensate for any increases in valuation and solvency risk.