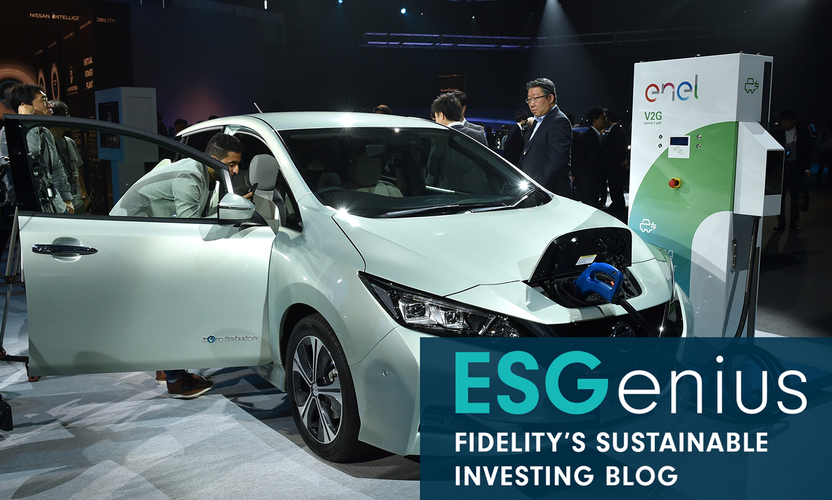 The overarching misconception about Japanese companies’ attention to ESG factors may be partly due to their lower disclosure of detailed climate-related information. More than half of Japanese public companies worth over $1 billion do not disclose carbon emissions, compared with less than 30 per cent of those in Europe. The reason for this is partly cultural. Japanese firms (like Japanese citizens) are less inclined to disclose their good deeds publicly in case it is viewed as boastful.

But from my engagements with Japanese companies, I have seen how their attitude towards tackling climate change has evolved in recent years, and they often ask me questions about what they should disclose during engagement meetings. Beneath the surface, many companies are taking the issue as seriously, if not more so, than businesses elsewhere.

For example, Japan now has the largest number of Task Force on Climate-related Financial Disclosures (TCFD) supporters and Carbon Disclosure Project A-rated companies in the world. We therefore expect greater disclosure of these supporters' plans to tackle climate change in the future.

The Japanese Government Pension Investment Fund also reports that Japanese companies have the technological know-how that would allow them to address climate change more readily than international peers, based on analysis of the patents they hold. If this is deployed and disclosure improves, the climate-related efforts of Japanese companies could become more widely recognised, leading to higher ESG scores and more investor capital.

Governance in Japan has also changed. Japan’s Corporate Governance code, a principles-based comply-or-explain approach first introduced in 2015, has transformed the corporate landscape. Having principles (as opposed to rules) to follow has encouraged dialogue between companies and investors, and allowed for more constructive interaction. Indeed, I have noticed that, in the last decade, the way in which Japanese companies try to sell their prospects to investors has become increasingly similar to how the US companies that I covered in the Noughties operated.

With further governance reforms underway, such as the Tokyo Stock Exchange's market structure reform and the revision of the TOPIX index, I expect the environment around Japanese companies to become ever more supportive of better shareholder relations.

While environmental and governance considerations have risen up the corporate agenda, Japanese companies continue to lag peers on gender diversity. In 2018, Japanese women held only 15 per cent of management positions, which is significantly lower than the 41 per cent in the US and 36 per cent in the UK.[1] The gender pay gap, which can be viewed as an outcome of widespread gender inequalities across corporate Japan, is second from bottom after South Korea among the 37 OECD member countries.[2]

Such a big gap is a problem for society as a whole, not just for individual companies, and the Japanese government has implemented policies to address it. Female participation in the workforce was central to former Prime Minister Abe’s growth strategy, known as Abenomics. Under his administration, the female employment rate rose by 11 percentage points in ten years. The rate is now more than 70 per cent, a level comparable to that of Europe and the US.

Under the amended Act on Promotion of Women's Participation and Advancement in the Workplace in 2020, more than 17,000 companies have published action plans for female participation and advancement.[3] Keidanren, the nation's most powerful business lobby group, aims to have 30 per cent or more of executive positions held by women by 2030. Such public-private efforts are expected to accelerate in the future.

Boosting the market for human capital

The use of mid-career human resources is also a major theme when discussing diversity. In Japan, employees often remain with companies for their entire lives. While lifetime employment has advantages, such as feelings of security and loyalty, it also leads to less competition for human resources, less investment in employees and, ultimately, sluggish labour productivity.

Japan's labour productivity in 2019 ranked 21st out of the 37 OECD member countries, but has consistently remained near 20th place since at least 1970. It is emblematic of the structural problems inherent in the Japanese economy. However, the changes in working patterns caused by Covid-19 may prove to be a historic turning point.

The expansion of ’job-based employment’ (i.e. valuing employees for what they can do, rather than the length of their employment)[4] and fewer restrictions on where and when to work will now make it easier to change jobs. This should revitalise the Japanese jobs market. Consequently, companies are expected to invest more in human resources in order to retain and attract talented employees.

Diversity of thought, as well as background, is becoming as important to Japanese companies in driving good decision-making as it is to those elsewhere. Without it, companies may struggle to meet the extraordinary challenges posed by global forces such as the Covid-19 pandemic and climate change.