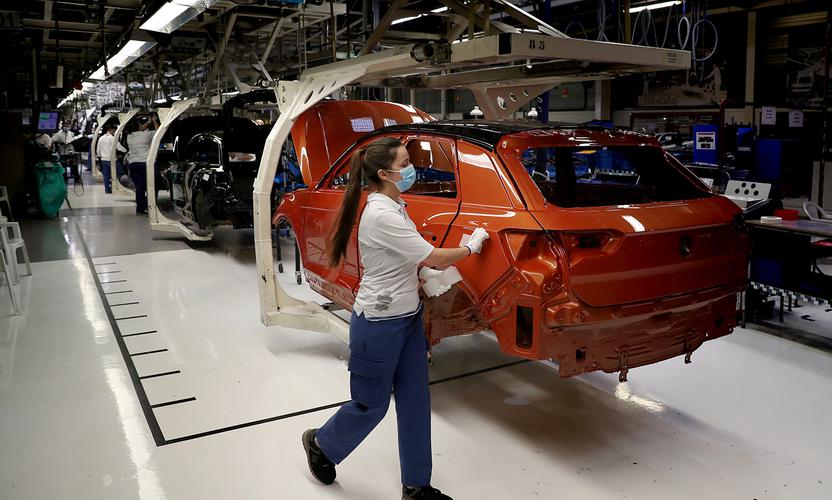 Historically the automotive sector has been a thorny one for credit investors, and frequently a consensus underweight. The sector is prone to bouts of cyclical weakness and it also has regular refinancing requirements due to its capital intensity, as well as the roll-over needs of manufacturers’ captive financing arms. Cyclical earnings and ongoing refinancing needs are an unfriendly mix that have contributed to high historical default rates in the sector.

Recent trends towards more fuel-efficient and electric vehicles have escalated the threat of disruption, while also pressuring companies to invest more for the future, leading to even greater amounts of debt issuance. The Dieselgate scandal at VW and other manufacturers has also not helped the sector’s reputation in the eyes of investors.

So at the beginning of the year, with sector spreads sitting at historically expensive levels, automotive bonds were rather easy to dislike. But as the Covid-19 crisis developed, the sector, paradoxically, began to look more interesting to us, and perhaps even a significant source of outperformance. How so?

Recovery from the crisis

In the early weeks of the unfolding crisis, auto companies, like many other consumer discretionary sectors, were facing the prospect of a near-complete ‘revenue holiday’ as sales collapsed and production ground to a complete halt while cost bases remained in place. Rating agencies were swift to wield the axe - Renault and Ford were among the first to drop back into high yield, but downgrades have been fast and widespread. Many companies  issued debt at high interest rates, by historical standards, in order to cover alarming levels of cash burn: Ford at 9.625 per cent, General Motors at 6.8 per cent, even BBB+ rated Hyundai at 6.375 per cent (compared to pre-crisis funding costs of around 3 per cent). Expensive though these coupons were, it was the price that manufacturers were prepared to pay to shore up liquidity and demonstrate market access in the face of understandably nervous sentiment.

Since then, however, sales have staged a sharp recovery across all the major auto regions, beginning with China, then the US (where auto dealers were reclassified as essential services in April) and latterly in Europe. Pent-up demand has driven the momentum, with some of the strength possibly explained by new buyers preferring the safety of their own car to potential exposure to the Covid-19 virus on public transport.

Government policies, albeit more piecemeal than the ‘cash for clunkers’ programmes of the past, are likely to have helped, too. Production has followed gradually, with manufacturers implementing safety protocols at plants to allow them to bring back staff and ramp up capacity. Remarkably, this has all happened without major glitches so far - no mean feat for an industry with complex, cross-border supply chains.

Speedbumps on the road ahead…

We’re not cheering quite yet though. There are plenty of risks still on the horizon. A flare-up of the virus with renewed lockdown measures is the most immediate threat, especially if factories are forced to shut once again. While this certainly needs to be monitored, we believe further lockdowns are likely to be more localised with less economic impact. On the demand side, the sustainability of the rebound is uncertain, particularly as the extent to which layoffs in the wider economy turn from temporary to permanent is not yet clear. Nor have challenges that the industry had been facing before Covid-19 disappeared, including regulatory compliance costs and the significant investment required to produce electric vehicles. Finally, the run-up to the US elections could also create more noise on the geopolitical front and resurface concerns over trade tensions, to which the sector is vulnerable.

…but the direction of travel is encouraging

However, as the latest round of auto companies report earnings, we note a few encouraging themes across the sector. Firstly, several companies have reported higher transaction prices over recent months. While in previous downturns a sudden fall in demand has led to bloated dealer inventories that need to be cleared via steep discounting, the simultaneous supply shock from factory closures during the pandemic has kept supply in this channel generally tight. Pricing is crucial because it passes straight through to the bottom line - it can either greatly exacerbate or, in this case, alleviate losses when volumes fall.

Secondly, management teams have been quick to react to contain costs. As the old adage goes, ’don’t let a good crisis go to waste’, and with this in mind, companies have slashed expenditure, including overheads that are considered largely ‘fixed’ in normal times, such as temporary headcount and advertising.

Thirdly, almost all auto companies are indicating that they will generate positive free cash flow during the remainder of the year as the pressure from working capital during the first half-year (as they weren’t collecting any cash from customers but continued to pay suppliers) reverses. This means the bulk of bond issuance is now in the rear-view mirror, which should support technicals.

For these reasons, we think that autos represent an interesting investment opportunity, and one that appears to have been somewhat overlooked by the market given the relative cheapness of the sector. Not every company in the sector will thrive in this environment, and there will be winners and losers. Given the risks in play, not least the highly unpredictable virus trajectory, the key to success lies more than ever in selecting the right issuers.