Wednesday's meeting of the Federal Open Market Committee (FOMC) was uneventful, and the policy statement did not deliver any major wording surprises. The overall tone was justifiably upbeat, given the strong growth in the second quarter and the fact that recent data since has been consistent with good momentum.

Labour market indicators remain solid, notwithstanding the slight uptick in the unemployment rate in June. Activity data is also robust, as evidenced by Wednesday's manufacturing ISM survey, which, despite a small fall, remains at very strong headline levels. Inflation is approaching target, albeit very slowly.

Given this backdrop, there was no obvious reason for the FOMC to change the message or steer away from the policy path communicated via the dots at present. While the trade war is a cause for concern, there has not been enough evidence so far suggesting tariffs are having a significant negative impact on the economy, at least for now. Sentiment, though, has been affected to some extent. But any related concerns among the FOMC members have not yet made it to the official policy statement. 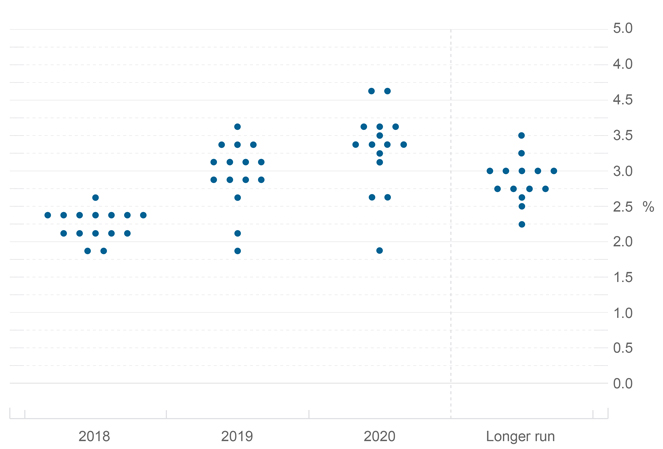 Unless this picture changes dramatically between now and the next meeting, Wednesday's policy statement sets the stage nicely for a hike in September. Beyond that, however, the rate path is less certain.

While the dot plot suggests a fourth rate hike this year and three more the next, this seems too aggressive, especially considering the net impact of quantitative tightening running in the background is still ambiguous. As the fiscal boost starts to wane and broad financial conditions tighten further, growth should start decelerating over the next few months as the economic cycle matures. The trade war rhetoric is unlikely to de-escalate any time soon, and risks to US and global growth are clearly skewed to the downside. This means the Fed will have to strike a more cautious tone, slowing the pace of tightening next year - but we are not there yet.

The value of investments and the income from them can go down as well as up so you may get back less than you invest. Past performance is not a reliable indicator of future results. These materials are provided for information purposes only and are intended only for the person or entity to which it is sent. These materials do not constitute a distribution, an offer or solicitation to engage the investment management services of Fidelity, or an offer to buy or sell or the solicitation of any offer to buy or sell any securities or investment product.

Fidelity makes no representations that the contents are appropriate for use in all locations or that the transactions or services discussed are available or appropriate for sale or use in all jurisdictions or countries or by all investors or counterparties. Investors should also note that the views expressed may no longer be current and may have already been acted upon by Fidelity. They are valid only as of the date indicated and are subject to change without notice.