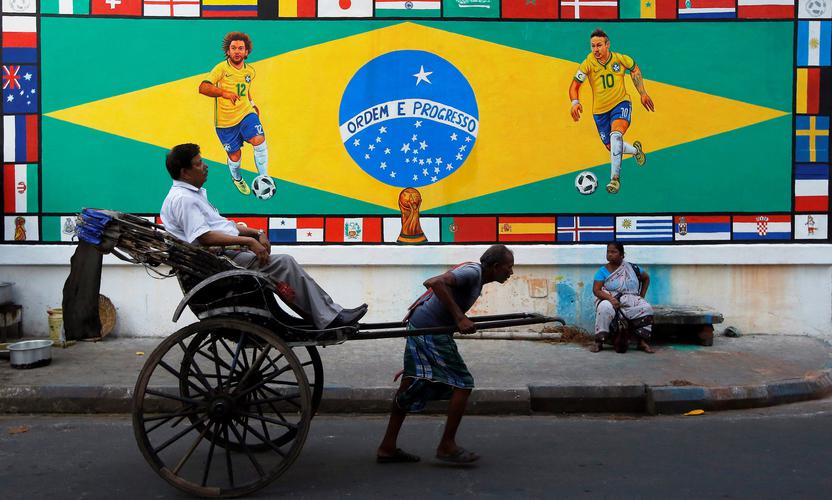 In August 2013, a handful of emerging market countries - Brazil, India, Indonesia, South Africa, and Turkey - were dubbed the “Fragile Five” by a Morgan Stanley analyst.

The term gained traction: following several years of high growth and attractive returns for investors, these five countries had been singled out as having a particular weakness that was expected to be exposed in the ensuing years, or so the thinking went. They were criticised as having become overly reliant on foreign capital to fuel their high-growth economies and, in some cases, mitigate sizeable current account deficits. Historically, changes in sentiment had prompted substantial outflows from emerging markets, and the thinking back in 2013 was that these five countries would prove to be particularly vulnerable to any such episode.

In the years since, each country in the group experienced varying degrees of progress and setbacks. Some met with considerable economic challenges (in certain cases these challenges were self-imposed). And recent months have seen some renewed pressure on EMs. However, five years on, these five countries do not look quite so fragile anymore.

Below, we check in on each of the five: how their markets and certain high level indicators performed in the past several years, what ultimately proved to be the dominant trend (spoiler alert: it wasn’t capital flows), and what we are watching most closely now.

Following a period of optimism surrounding new, credible policy makers and clear fiscal targets, the Brazilian economy became embroiled in a couple of widespread corruption scandals. Operation “Car Wash” (Lava Jato, beginning in 2014) and Operation “Weak Meat” (Carne Fraca, in 2017) extended from the oil and gas and meat processing industries into the highest levels of government in the country and led to hundreds of arrests and indictments. Foreign debt ownership dropped in Brazil as many investors fled a troubled situation. While those outflows weighed on the economy, its essential issues have been sourced from within the country, not outside it.

What we are watching now in Brazil

Disappointing growth, a worsening fiscal situation, historically low interest rates, and plenty of political uncertainty heading into this year’s general election give many would-be investors pause. While we do not see a lot of value in Brazil’s sovereign debt, there is some to be found among corporate issues. As is often the case, markets can categorically sell-off together, and we have seen good value emerge in a number of corporates the market looks to have oversold or in exporters that stand to benefit from the ongoing currency weakness.

Demonetization, GST and a bank recap: the last five years in India

India spent time over the last few years trading some short-term pain for longer-term gains. Prime Minister Narendra Modi made notable advancements in his reform agenda in the way of a goods and services tax, demonetisation, and a bank recapitalisation program. Each one weighed on the economy to differing degrees, at different times, but the prospects of an improved fiscal base, a modernised (and less prone to corruption) monetary system, and a more fundamentally sound banking system should benefit the country for years. Local market participation by foreigners is still artificially low, given strict regulations. Reflecting this low participation, equity flows remain somewhat volatile - but they have not done much to curb India from any of its advancements.

What we are watching now in India

India has made good strides on improving both its current account and fiscal deficits. Headwinds introduced by demonetisation, especially, have proved relatively short-lived. Relative to peer countries, India looks less exposed to potential intensified trade wars or a slowdown in China. Despite looking fundamentally sound with promising prospects, we do not find many attractive investment opportunities at present given comparatively rich valuations.

Relatively high yields and one of the most positive reform stories across EM proved to be alluring invitations for capital as EM recovered following 2013’s Taper Tantrum. While the reform agenda of President Joko Widodo, better known as Jokowi, stalled and disappointed at times, the country still made strides, improving its current account deficit and increasing dollar reserves. Ultimately those improvements were recognised by the three major ratings agencies, each of which upgraded the country’s foreign debt over the last couple years. And, with S&P’s upgrade in May 2017, the country was moved back firmly into investment grade territory.

What we are watching now in Indonesia

Indonesia is not facing any large balance of payments or fiscal issues. While growth slightly disappointed earlier this year, the country is not far from potential and should see a rebound and remain relatively robust. Inflation is likely to slowly rise given currency weakness and higher oil prices but still remain contained. The country needs infrastructure improvements, and while they are a major part of President Jokowi’s reform agenda, spending has often disappointed in recent years. That should improve after the 2019 elections though, unleashing capital and spurring additional growth. Indonesia still benefits from favourable demographics, improving wages, good growth potential, and likely future ratings upgrades. A lot of this is already priced in assets, though, so investors need to be wary of variations before boldly investing capital.

Credit downgrades and a mixed picture: the last five years in South Africa

At a glance, it appears South Africa - like many emerging market countries - has improved its fundamental position. The country still runs twin deficits but has notably improved its current account deficit and slightly improved its fiscal account deficit over the last five years. However, a look at the more recent past offers a different take. Growth has notably disappointed, the fiscal deficit has actually grown over the last 1-2 years, and politics were a particular source of strain. Corrupt political processes, increasingly exposed, made many question whether former President Jacob Zuma valued political power more than the economic prospects of the nation. Ratings agencies took notice of the deterioration in the country. Both S&P and Fitch downgraded the country to high yield in 2017. Moody’s downgraded the country in 2018 and now has South Africa only one notch above joining the other two agencies with a high yield stamp. The election of Cyril Ramaphosa in late 2017 to succeed Zuma restored a lot of optimism in a country that was running short.

What we are watching now in South Africa

A change in presidential leadership was warmly welcomed by the market but may be passing its honeymoon period. Real growth is still expected to increase over the next couple of years but momentum seems to be slowing on some reforms. Long-standing structural challenges -- namely high unemployment and economic inequalities -- linger, and the pace of growth and reforms are unlikely to materially change these. Policy makers appear committed to fiscal consolidation, but downside risks remain. We see a lot more value in the local currency debt space where yields are well above policy rates and inflation, but currency moves need to be monitored carefully.

Downgrades add to setbacks: the last five years in Turkey

Turkey has long run twin deficits. Its current account balance actually steadily improved from 2013 to 2017 before rapidly deteriorating and reaching levels last seen in early 2014, erasing all of the multi-year progress. External indebtedness and concerns about the central bank’s independence remain long-standing issues, while politics prominently featured. President Recep Tayyip Erdogan took steps to increase his own presidential powers (bringing the country back toward authoritarian rule) over the last several years, and a failed coup in July 2016 that preceded the detention, suspension, or purge of tens of thousands of government sector workers, soldiers, judges, and private businesses exposed a level of political risk not fully accounted for previously. S&P had long rated Turkey as sub-investment grade, and by early 2017, Moody’s and Fitch concurred, downgrading sovereign debt to high yield.

After a history of heterodox policy making, the central bank is earning back credibility by acting swiftly and decisively hiking rates to curb rising inflation. President Erdogan’s most recent consolidation of power is likely a longer-term negative for the country but offers some short-term stability, which markets often appreciate. Recent sovereign downgrades have dragged down most names in the country, but there is still value to be found. Select corporates operate in growing sectors with good market share and the ability to pass inflation on to consumers. Discerning investors who can withstand near-to-medium term volatility might find good value in some Turkish corporates.

Conclusion: No longer so fragile at five

Collectively, Brazil, India, Indonesia, Turkey, and South Africa have exhibited more resilience than fragility over the last five years. The major strains we have seen have largely been internal and political in nature, as opposed to driven by foreign investor sentiment and capital flows. Of the five, Turkey looks to be in the most precarious position right now, but markets have priced this in. If we are not there already, we are close to risks in Turkey being skewed to the upside given valuations. The government and policy makers demand close attention from potential investors, but across the emerging landscape economies are generally stronger than they were five years ago.