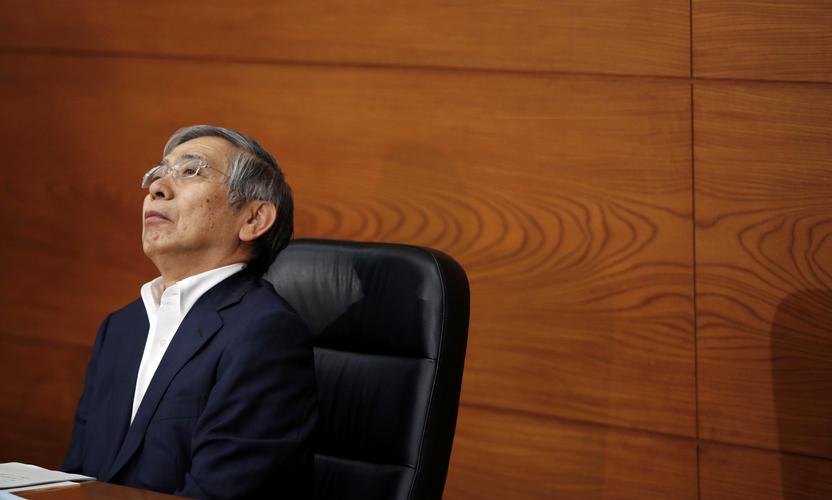 The Bank of Japan (BOJ) said on Tuesday it would maintain its ultra-easy monetary policy, even while tweaking its policy framework to give itself more flexibility. At the same time, Japan’s central bank trimmed its inflation forecasts, making its 2 percent target even more elusive. As such, an exit from its ongoing stimulus is nowhere on the near-term horizon, nor is the BOJ likely to make any broad steps toward normalising policy, in contrast with the US Federal Reserve and the European Central Bank.

While low interest rates have taken a toll on the profitability of the country’s commercial banks, their pain hasn’t proved acute enough to nudge the central bank toward exiting its massive monetary easing anytime soon.

The BOJ’s latest policy tweaks will benefit the banking sector but only modestly. The BOJ said it will keep its 10 basis point negative rate on Japanese banks' current account deposits placed with the central bank, but it will reduce the volume of accounts which would be charged negative rates. For struggling regional banks, this measure is better than nothing as it eases some of the cost burden for parking assets at the central bank, while the positive impact on major banks’ earnings will be minimal.

Lest anyone mistake the central bank’s intentions, the title of its policy statement was ‘Strengthening the framework for continuous powerful monetary easing’. The BOJ will maintain its current yield curve control policy, introduced in 2016, through which it has been guiding short-term interest rates to around minus 0.1 percent, and the 10-year Japanese government bond (JGB) yield to around zero percent. The BOJ said it will purchase JGBs in a more ‘flexible manner’, and said it would allow long-term rates to fluctuate depending on economic and market developments. It also adopted a forward guidance on policy, pledging to maintain the current 'extremely low levels' of interest rates 'for an extended period of time'.

Japanese government bonds rallied after the announcement, which reassured investors who had expected more drastic monetary adjustments. Such speculation in the past week had pushed up the 10-year yield in recent sessions, leading the BOJ to conduct three special bond-buying operations over the past six trading days to stem its rise.

The BOJ said it will keep its annual purchase target of 80 trillion yen ($720 billion). This is viewed as a ‘loose’ target, in that the actual amount it buys has been on a downtrend as JGB market liquidity evaporates. Last year, it bought about 57 trillion yen on a net basis, and this year, it is on track buy around 40-50 trillion yen.

The BOJ also released its August JGB purchase plan a few hours earlier than scheduled, in a move likely aimed at keeping bond market sentiment stable, as it kept its target amount ranges intact for all sectors.

BOJ Governor Haruhiko Kuroda’s aggressive easing started as an extraordinary measure back in April 2013, but it effectively became a permanent measure, or a new ‘normal’, as Japan remains far short of the ambitious 2 per cent inflation target. Originally seen as achievable within two years, the inflation timeline was extended six times before the BOJ abandoned it in April of this year.

When the BOJ pared its inflation forecasts on Tuesday, it noted price increases could fall short of its target for three more years.