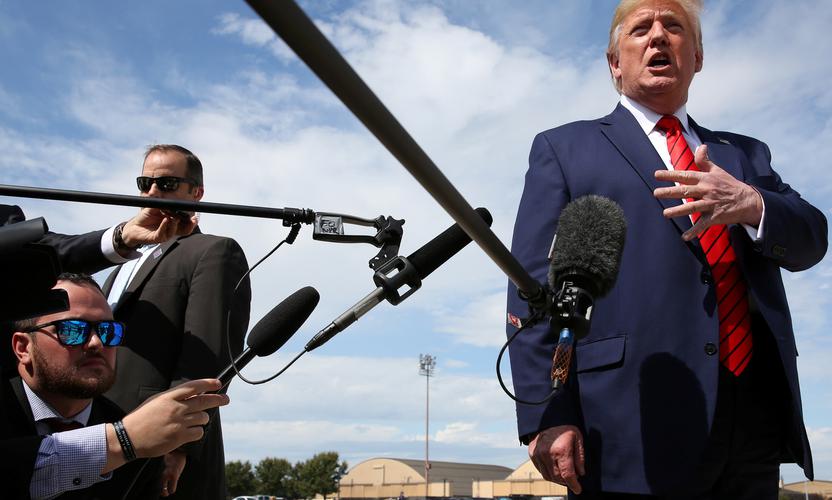 Mooted US measures miss the point

Despite the stated ambition of negotiating some end to the current trade tensions with China, the Trump administration is now reportedly considering whether to intervene in markets to constrain the flow of capital into Chinese securities. According to recent news reports, measures being discussed in the US include forcing a delisting of Chinese companies from American bourses,  or potential restrictions on the allocation of US pension funds to Chinese securities.

When the trade war first broke out last year, few would have expected tariffs on Chinese goods could have reached their current levels. So the news that the US may make the financial sector its next target will be greeted with understandable nervousness, given the ‘anything can happen’ tone in the current media coverage.

But in reality, I think this newest threat rings particularly hollow. In my view, such a direct intervention in the functioning of America’s capital markets would struggle to get the necessary level of domestic political support, not to mention implementing the requisite overhauls to financial market regulations.

In a different sense, the proposed measures are the latest example of the Trump administration seeking to push back against predominant trends in global finance. China’s internationalisation is one; another is the rise of sustainable investing. Recently the administration moved to constrain the development of sustainable investing for large pension funds in the US, with the Department of Labor stating that the primary aim for such funds is to deliver returns, and that environmental, social or governance (ESG) considerations should be subordinated in this effort.

This implies that there is a conflict between pursuing both financial returns and sustainability. However, the global trend of incorporating sustainability factors into investment strategies is arising precisely because most market participants believe that it will help enhance long-term returns. So the labour department appears to be pushing against the ESG tide, with the obvious potential consequence that trustees feel constrained in their allocation decisions - in a way that may negatively impact the underlying investors.

The same could be said about the proposed US financial restrictions, in that they would run counter to a trend of rising investor interest in Asian and particularly Chinese capital markets. There is a good reason that global equity and bond index providers are reframing their inclusion process to reflect the growing importance of Chinese securities. Today Asia represents over 40 per cent of the world’s economic output but only about a fifth of commonly used global benchmarks. In Asia we are also seeing growth in the number of listed securities, in contrast to the US, where the swing from public to private markets has significantly reduced the number of listed stocks over the recent decade.

We know, as global investors, that we are in unpredictable political times, with any number of threats arising to push against the tidal flows of globalisation. But the most recent proposals to counter the rise of China’s capital markets and curtail investors’ access to them seem to be ill-judged.