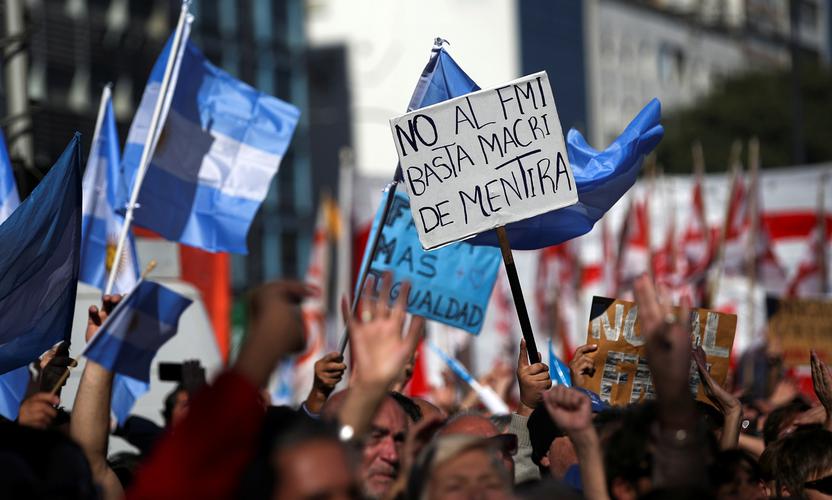 As such, we believe there is room for the next administration to surprise to the upside after October elections, given that many tough political decisions have already been taken.

The Argentine peso slumped against the dollar and sovereign bond prices collapsed in August after President Mauricio Macri’s government lost primary elections by a wider-than-expected margin.

The country is now heading into deep recession and has one of the highest inflation rates in the world, running at 22 per cent during the first half of the year.

The decision to impose partial capital controls over the weekend shows the government is running out of options. There was little else the government could do to staunch the depletion of forex reserves. And with uncertainty over the next $5.5 billion disbursement from the International Monetary Fund (IMF) due at the end of this month, the government had to act quickly.

Macri negotiated the biggest bailout in IMF history at $57 billion last year, of which $44 billion has already been disbursed. The bailout came with conditions of fiscal austerity, angering a society used to high levels of subsidies and social welfare.

There is still much uncertainty ahead of the general elections on October 27. The restriction in spot currency markets may be expensively mitigated locally with the recreation of grey currency markets in which households and corporates could trade foreign currencies to pay bills or extract cash.

Meanwhile, Argentina’s USD denominated bonds are trading at distressed levels, close to levels last seen in 2001. However, this time around Argentina has greater currency reserves than it did in 2001. The peso is much weaker but Argentina’s debt is below 100 per cent of GDP.

Finally, shale gas from Vaca Muerta has shielded Argentina from the swings in oil prices that have previously affected its trade balance.

Therefore, with a lot of tough decisions already taken, we think there is room for a positive economic surprise when the next administration assumes power later this year.