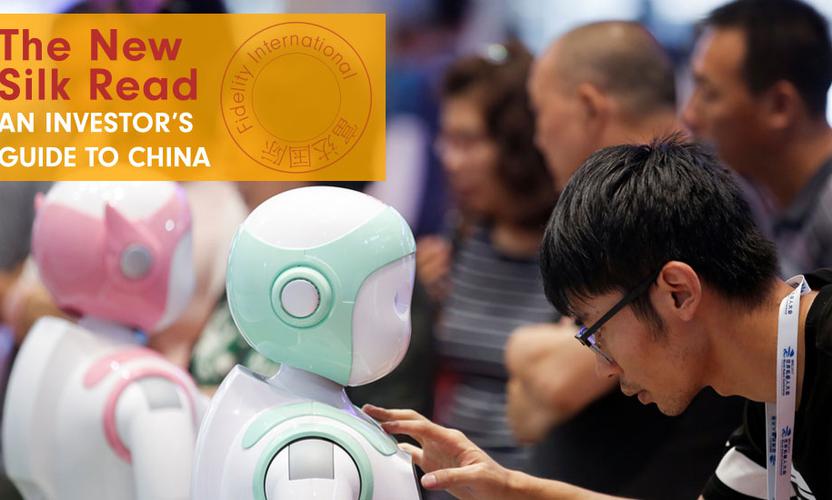 Big data and automation are proving to be new cash cows for China’s dairy farmers.

One of the biological challenges of industrial dairy farming is that a typical cow’s three-week estrous cycle includes only a narrow two-day window during which she can be successfully fertilised and impregnated - a precondition for producing milk.

Farmers traditionally rely on their own judgement and experience to determine when this window arrives, but this leaves ample margin for error. And missing the so-called estrus window can be costly, resulting in an estimated $250 of foregone milk production per cow.

Enter the era of cloud-connected bovines, or ‘smartcows’. A new wearable tracking device developed by Huawei can boost the accuracy rate for identifying a cow’s conception window to 95 per cent according to the company, up from 68 per cent previously. Based on average milk prices this translates into estimated increased revenues of more than $60,000 for every 1,000 cows under assessment, a significant financial boon to large-scale dairy operations. Hundreds of thousands of these devices have already been sold in China. The devices can also help diagnose illnesses and assist in planning feedings and treatments.

Data is the key driver

The potential market for connecting farm animals to the cloud infrastructure is massive. In addition to China’s 15 million dairy cows, technologies like these are gaining traction in other countries around the Asia-Pacific and Latin America regions, and can be applied to other animals like horses, sheep and pigs. Together, they are just one example of the China-made innovations we are seeing in the current fourth wave of automation.

Simply put, automation means creating technology to perform tasks that were previously carried out by humans or animals. In the past few centuries, the use of automation grew by leaps and bounds, but this came in several distinct waves. The first was the industrial revolution in the 18th century, and its key inputs included steam power and coal. Then came the second wave, powered by electricity. The third wave came in the second half of the 20th century, with the digital revolution driven by advances in silicon semiconductor technology.

Now we are arriving at the fourth wave, featuring autonomous machines, big data/analytics, and the Internet of Things. In this wave, the key driver is data.

In the previous waves of automation, China lagged the US and Europe. This time, China has a good chance to lead the way, because it has lots of data and the means to leverage it.

Specifically, China is at the leading edge of 5G development globally, and market penetration is likely to proceed faster than what we saw with 4G. Besides the clear economic benefits, other likely drivers for the expeditious rollout of 5G include national pride and a push to embrace homegrown technologies, lack of data capacity on the existing 4G network, and the rising incomes and expectations of China’s more than 1 billion mobile account subscribers.

An emerging hotbed for automation and robotics

In addition to the expanding data network, China’s demographic trends will underpin the long-term growth in automation and robotics. In the last 20 years, the average annual salary in China rose eightfold to RMB 80,000 as of 2018 (or about $11,300 at current exchange rates). Meanwhile, the working age population is projected to fall from 800 million to 720 million between 2017 and 2025, a pace of about 10 million per year. That’s why despite factory jobs moving to Southeast Asian countries like Vietnam, wages in China have steadily increased. China needs more machines to replace the dwindling worker population.

And there is ample scope for long-term growth in manufacturing automation, judging from the low levels of industry penetration. China has fewer robots per human industrial worker than South Korea, Japan, the US and Germany, but it builds as many industrial robots as those four countries combined. The cost of adding a robot to a production line is falling every year, and many factories now have more robots than human workers on the assembly lines.

For example, I recently visited a carmaker that has a mobile order-taking app where buyers can customize cars to their liking, with over 10,000 choices that feed automatically into the production line. The company is working to move this functionality upstream, so that their parts suppliers would know which parts to build and adjust in real time. Eventually, orders would be routed through a blockchain system, so that every participant can extract their profit with ease and transparency. Other exciting developments we’ve seen in China include breakthroughs in technology related to self-driving cars, and even the advent of autonomous drones that can carry people through the air.

From cloud-connected livestock to factories of the future, Chinese companies are developing an impressive array of products for the next wave of automation, helped along by big data sourced from the 5G network. Considering still-low penetration rates, demographic factors, government incentives, and other drivers, we think China is primed to lead the world in automation developments over the next five to ten years.