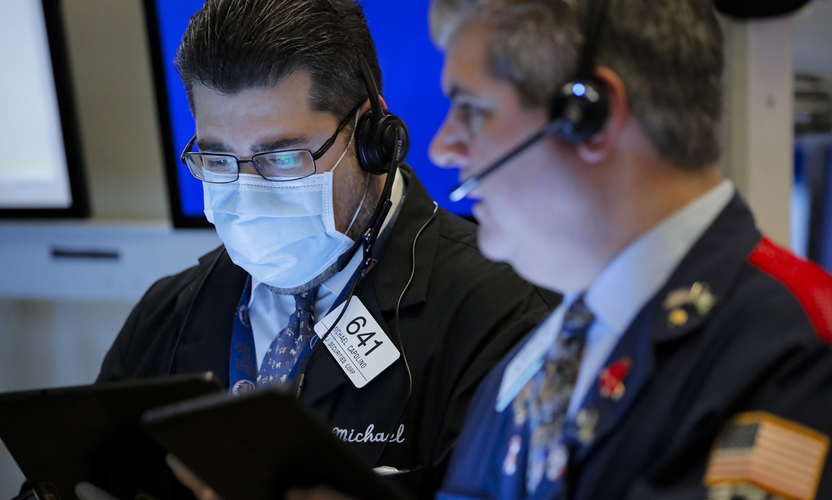 Normally, investment managers use available information, including macroeconomic data, to help decide which investment opportunity offers the most attractive balance of risk and reward. When investors judge that an economy’s prospects are bleak, they will shun riskier assets in preparation for worse times ahead. In this way, moves in equity markets and credit spreads are in part driven by aggregated expectations of macroeconomic performance.

In this note, we attempt to turn this approach on its head by looking at what the recent market moves tell us could be in store for the economy. As our starting point, we look at the historic relationship between market variables, such as equity returns over a given time horizon, and a selection of macro variables. Macro variables can be noisy in the short term, so we average each macro variable over a time period that has historically been more strongly related to market moves.

Industrial production to fall, but by less than 08-09

The chart below shows the average monthly percentage change in US industrial production (IP) over 4 months (blue) compared to an estimate based on US equity price moves over 7 months (orange) and an estimate based on US investment grade corporate bond spreads (yellow). Based on market values as of the recent low on 23 March, these regressions suggest US IP may contract at a little over 0.5 per cent per month for the next 4 months. While there are many differences between current events and the financial crisis, between August and December 2008, US industrial production fell by 1.9 per cent per month on average, substantially more than our model based on recent market moves is estimating.

The table below shows values for US macro variables predicted using either US equity performance or US investment grade corporate bond option-adjusted spreads (OAS). One immediate takeaway is that both the bond and equity market models predict poor economic conditions, with industrial production declining, unemployment rising and the manufacturing sector reporting a contraction (based on PMI survey data).

Generally, the bond market ‘predicts’ an even worse picture than the equity market - for example, credit spreads indicate non-farm payrolls (NFPs) will decline by 337k on average over the next five months compared to a decline of just 160k per month over four months using the equity market.

How accurate could these estimates be? Economists expect US non-farm payroll data released on 3 April to be negative 250k, and our model suggests equity and credit markets are broadly priced to agree with this view. However, it is important to note that our model provides averages over several months, meaning individual data readings could over or undershoot the predictions without necessarily contradicting it.

In fact, US initial jobless claims released on 20 March 2020 were over 3 million, much larger than the ‘predictions’ of around 500k weekly jobless claims over the next 7-12 months. What could account for the large discrepancy now?

Clearly, recent government-imposed shutdowns of large parts of the economy have been coupled with monetary and fiscal stimulus designed to support the economy. Markets may currently consider disruption to the economy as temporary and so the simple model used here may not capture the expected short-term pain. Whether markets are right to do this depends on the effectiveness of fiscal, monetary and public health policies in getting the pandemic under control and returning the economy to normal.