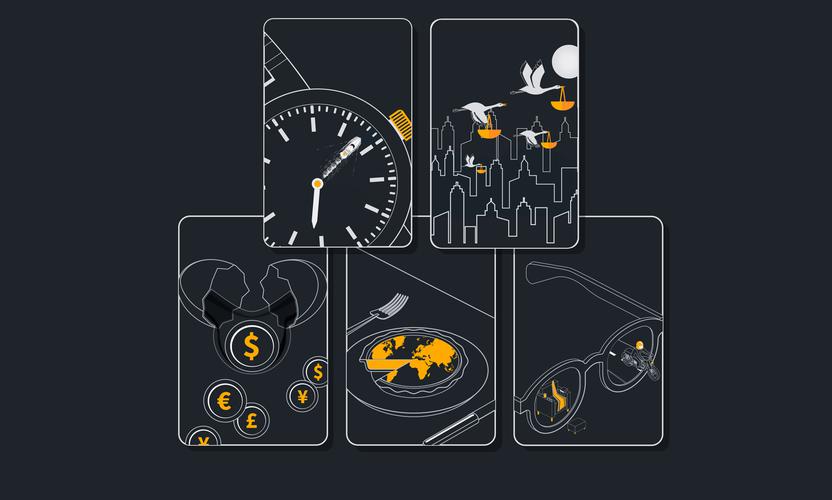 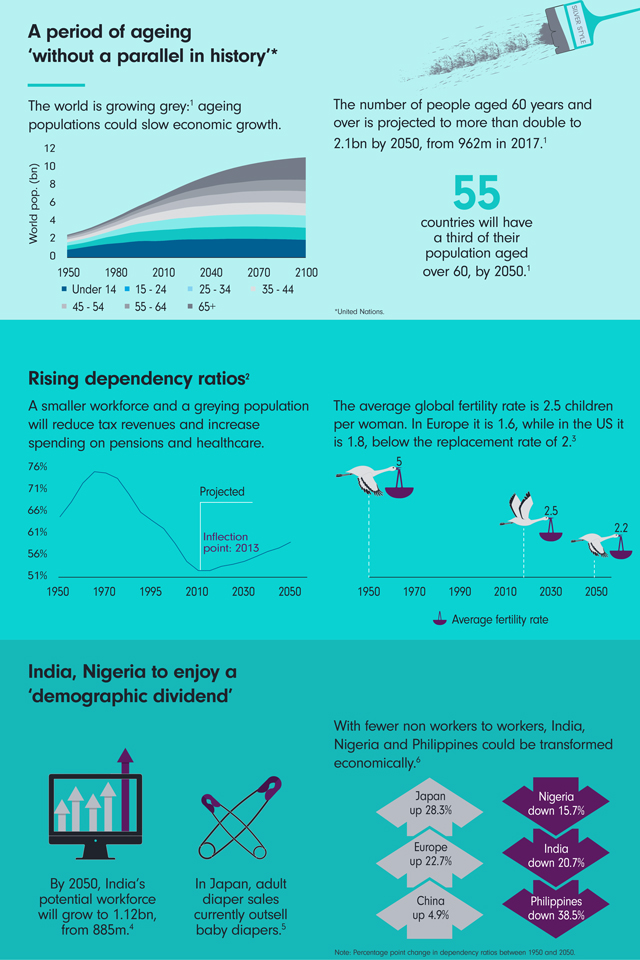 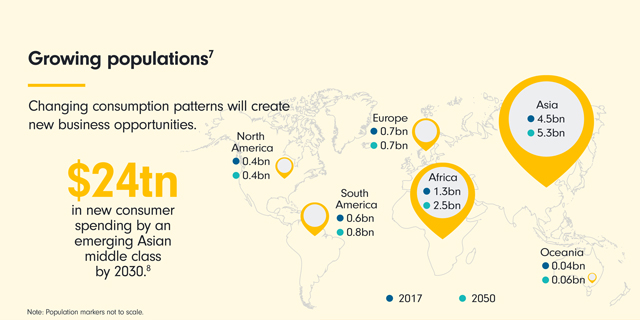 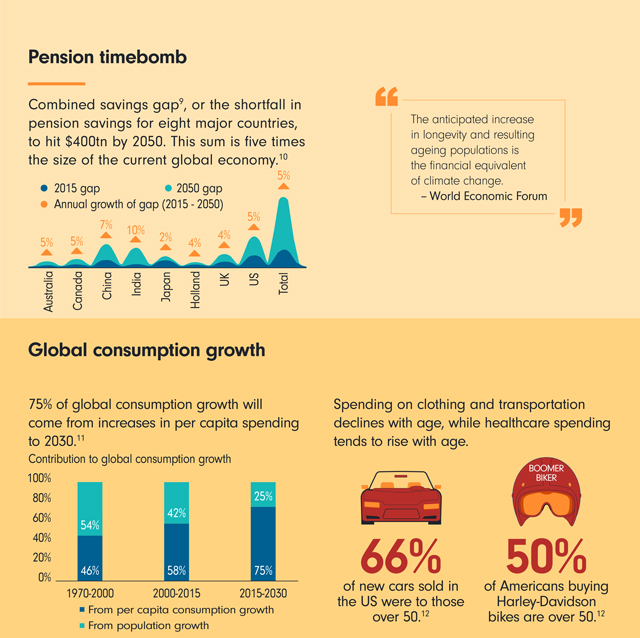 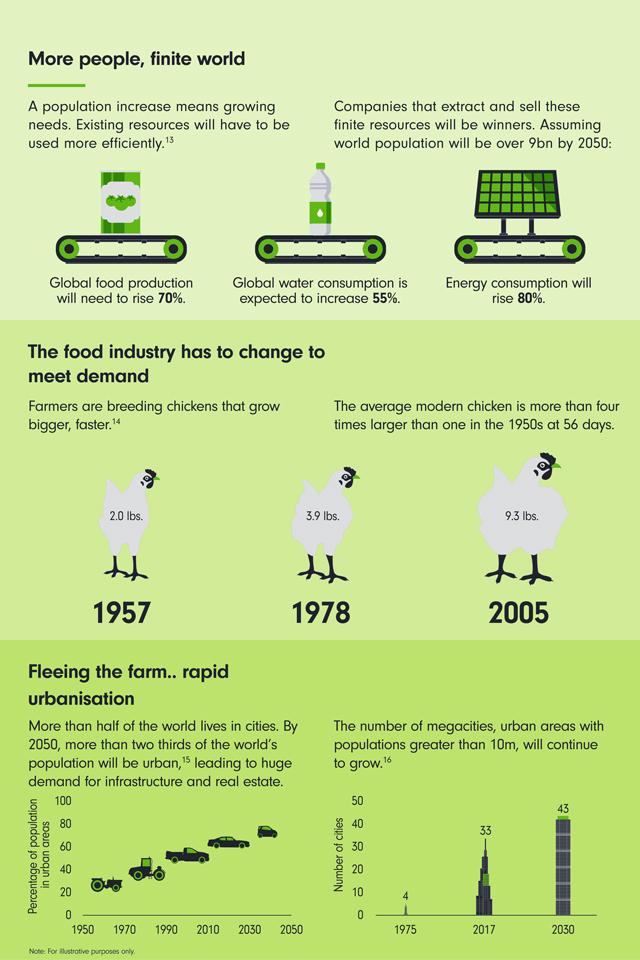 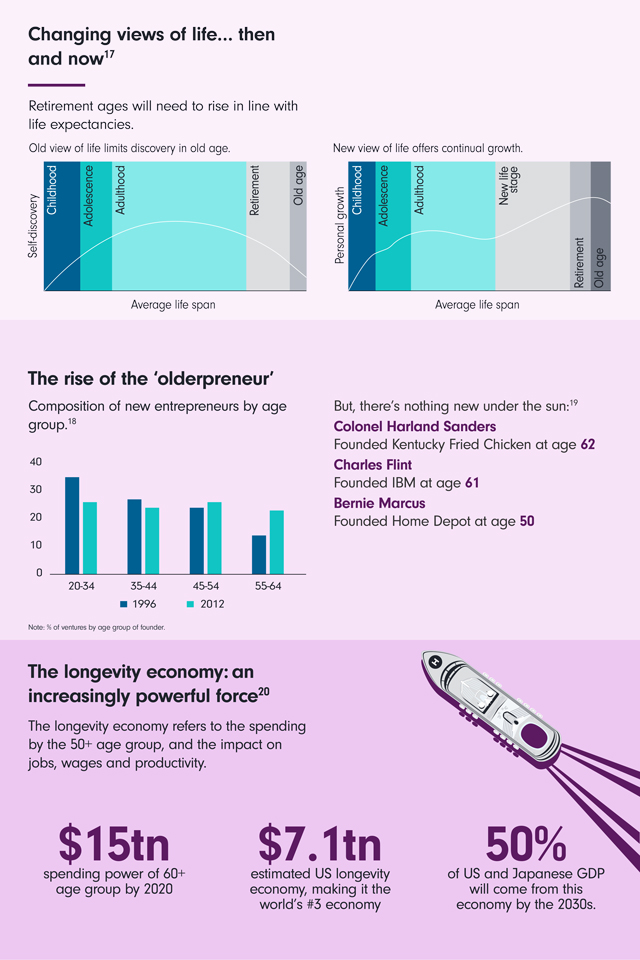 9. Savings gap is described by the World Economic Forum as the estimated shortfall in pension saving. This has been calculated after analysing publicly available data on the level of funding of government-provided first pillar systems and public employee systems, the funding of employer-based systems, and the levels of individual pension savings. The aggregate level of savings across these has been compared to expectations of average annual retirement income needs and life expectancies.

20. Bank of America Merrill Lynch. The Silver Dollar-Longevity Revolution Primer, June 2014, Euromonitor, Oxford Economics, NLIRI. The longevity economy encompasses both the economic activity that serves the needs of the 50+ global population, as well as directly purchased products and services and the knock-on economic activity that generates.