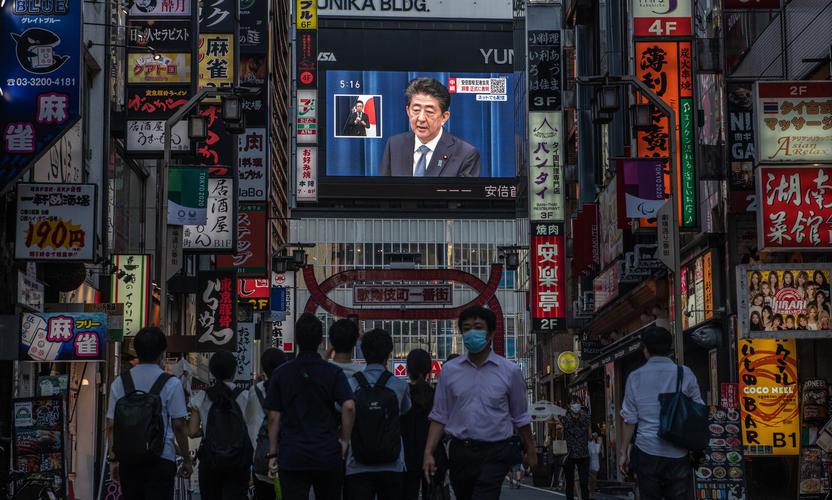 Shinzo Abe, Japan's longest serving prime minister, is stepping down after eight years in office. His successor will be chosen later this month. In this note, we will discuss three key priorities for Japan’s next prime minister:

Abe is both the Prime Minister of Japan and the President of Liberal Democratic Party (LDP), the ruling party in Japan together with its ally Komei Party, and he will be stepping down from both roles. His successor should first be elected as the LDP’s leader by the party’s internal election process, then elected as Japan’s next Prime Minister by the Diet.  In terms of timing, media reports in Japan suggest the LDP could hold its leadership election on 14 Sept., which could mean the next Prime Minister being elected a few days after that.

Ensuring continuity during the transition

For now, we do not expect there would be significant changes to the current macro, fiscal and monetary policies under the next PM. Among the several LDP leaders floated in the press as potential Abe successors - including current Cabinet Secretary Yoshihide Suga; Fumio Kishida, the chair of the LDP’s Policy Research Council; and former LDP Secretary General Shigeru Ishiba - we don’t foresee any meaningful near term policy changes given that the top priority for the new administration should be focused on countermeasures to control the Covid-19 outbreak, as well as continuing with Abe’s macro policies designed to provide economic support and relief via fiscal measures.

At the same time, we do not think a change of monetary policy by the Bank of Japan (BOJ) is likely in the near term. Current Governor Haruhiko Kuroda is an Abe appointee and his monetary policy has been a key pillar of Abenomics (indeed, it is one of Abe’s original “three arrows”, which included aggressive monetary policy, flexible fiscal policy, and growth strategy including structural reforms). Governor Kuroda still has more than 2.5 years before his current term ends in April 2023, and we don’t see any reason for him to step down early. Currently, the BOJ’s extraordinary monetary policy under the framework of Quantitative and Qualitative Easing with Yield Curve Control (so-called QQE with YCC)  focuses more on the stability of the financial system and liquidity support to the corporate sector, while the official 2 per cent inflation target looks ever more daunting as Covid-19 has depressed economic activity.

Managing fiscal and monetary policy through Covid and beyond

The top priority for the next administration is likely to be focused on containing the health and economic fallout from the Covid crisis. In terms of supporting economic activity, we think the new administration will likely opt to continue expansionary fiscal policies. Such an approach would dovetail with the exceptional monetary policies being undertaken by the BOJ to continue supporting liquidity, and extending its asset purchase program to bring down risk premiums not only in the fixed income but also in the equity market.

Over the medium term, though, we see potential for a shift in the fiscal approach. The new administration would need to start to consider a future path for policy normalisation, both from the fiscal and monetary policy perspective, once the Covid outbreak fades away. For the former, Japan’s fiscal deficits should increase substantially this year with incremental JGB issuance of JPY90 trillion or roughly 17 per cent of GDP, based on the two supplemental budgets for fiscal year 2020 compiled under Abe. That would come on top of an already very high government debt-to-GDP ratio in Japan. The next leader should consider whether and how to consolidate Japan’s fiscal balance into the post-Covid era. For example, this might require a meaningful increase to the tax rates for individuals and/or corporates (whereas Abe had lowered corporate tax rates to around 30 per cent as part of his growth strategy). If the new administration shifts to a tighter fiscal policy, this would have clear negative implications for macro conditions.

An exit from extraordinary monetary policy could be the next critical task on the future to-do list, assuming fiscal policy had normalised and macro condition improved. The BOJ has been conducting aggressive asset purchases over the past several years in order to try to achieve its 2 per cent inflation target, purchases that have targeted JGBs, domestic equity (via ETFs), corporate bonds, and REITs. Currently, the BOJ’s balance sheet has reached around JPY600 trillion (around $5.7 trillion at current exchange rates), which is larger than the size of Japan’s GDP. Balance sheet holdings of JGBs stood at around JPY480 trillion, accounting for 47 per cent of all outstanding JGBs.

Market implications and takeaways for investors