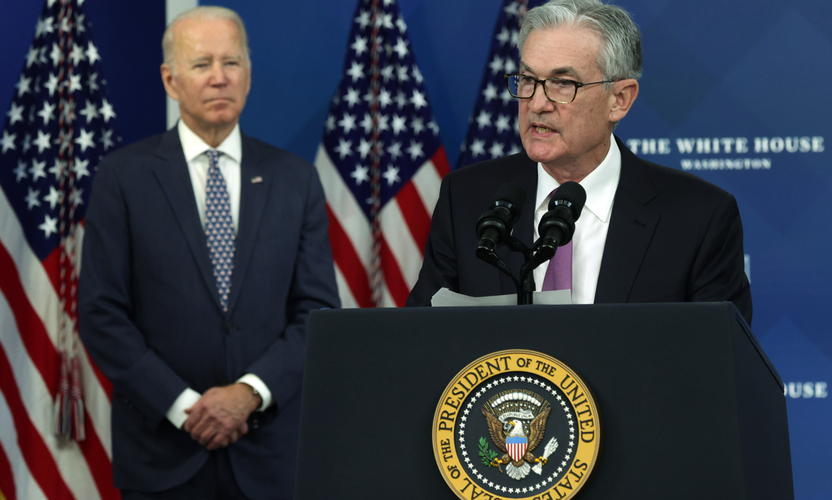 As expected, the Federal Reserve raised rates for the first time in this cycle at its March meeting, hiking by 25 basis points. But in a hawkish surprise relative to consensus, reminiscent of the days when inflation hawk Paul Volcker ran the Fed, the bank’s dot plot of expected future rate paths showed a big shift in Federal Open Market Committee participants' expectations, with the median dot now showing seven hikes for 2022 and four for 2023, and the median 2024 dot settling at an above-neutral level of 2.75 per cent.

In his comments Chair Powell indicated a consensus among the FOMC members for bringing back price stability in the economy, including guidance on starting quantitative tightening (QT) at "a coming meeting". Powell also assessed the risk of recession as "not particularly elevated".

By sticking to its hawkish stance, the Fed is clearly showing its determination to get inflation under control quickly. It is now highly likely the May meeting will be used to announce the start of the balance sheet runoff, which is earlier than we had expected. Powell also signalled that if inflation shows no sign of moderating, the Fed might also step up the pace of tightening, hiking by 50 basis points at one of the upcoming meetings.

While participants’ 2022 growth forecast was revised down substantially, from 4 per cent to 2.8 per cent, it is likely to have been driven by the removal of fiscal stimulus and the assumption of the higher rate path. Inflation was revised up over the whole forecasting horizon, with 2024 PCE inflation remaining notably above target, despite the more aggressive tightening expectations. The Fed appears to be in full inflation-fighting mode, buoyed by the strength of the labour market, and little concerned about potential downside risks related to the Russia-Ukraine war.

We have been expecting the Fed to run with its hawkish narrative and kick off the tightening cycle, with no major pivots in its stance at least until mid-2022. This remains our baseline. We also continue to expect only three or four hikes in 2022, combined with some balance sheet reduction.

We believe further tightening of financial conditions driven by Fed's hawkishness as well as by the fallout from the Russia-Ukraine war should be sufficient to cool down the economy through the year, without the need for the aggressive hiking outlined on Wednesday. The spillover from the war is likely to be bigger, further reaching and more durable than is currently believed, especially in a scenario of further escalation. In our view, as the shock works its way through the system, the Fed's eventual hiking path is likely to be shallower, with recessionary risks facing the US economy higher than the central bank currently believes.

For now, however, even the European Central Bank remains complacent about the upcoming growth shock, despite Europe's clear vulnerabilities. This creates further headwinds for asset markets as the central bank put remains further out of the money in this cycle given very high inflation.

As things stand, the balance of probability points to further uncertainty and downside risks to come. We changed our core multi asset positioning earlier this month to be underweight equities, after being neutral previously, and we remain underweight credit and neutral on government bonds. The Fed’s hawkishness reinforces this stance in our view. The invasion will cause a severe stagflationary shock, with the potential for a severe 1970s style energy crisis as Russian exports get cut off from world markets. We are expecting significant two-way volatility in the coming weeks from each incoming piece of news and reduced liquidity.