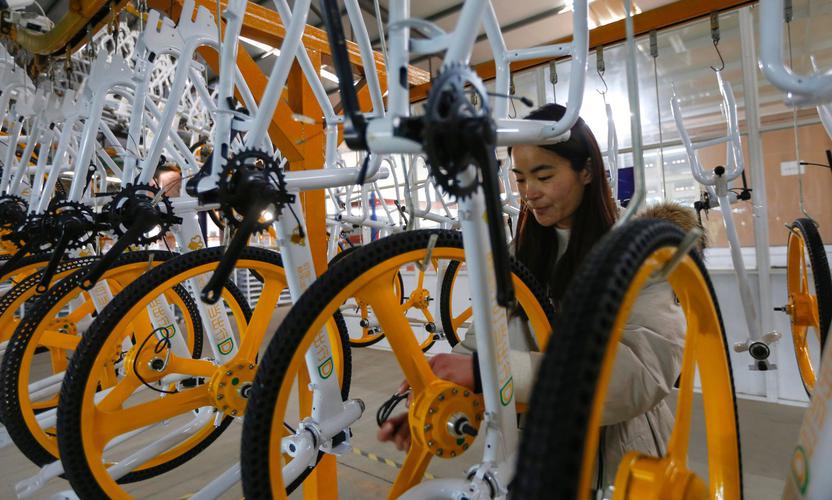 How green are China’s exports? From steel to apparel and toys, many of the export categories where ‘Made in China’ traditionally wielded global dominance also tended to leave an outsized environmental footprint. Now, the world’s workshop looks to be carving out a new niche, as China’s factories seek to capitalise on rising demand from a more environmentally conscious class of global consumers.

China was first in and first out of the Covid-19 pandemic’s initial wave and, with subsequent outbreaks quickly brought under control, it has benefited from orders being rerouted from other developing countries where Covid lockdowns have crimped factory output.

As a result, exports have emerged as an increasingly key engine for China’s economic growth over the last two years, especially as investment and domestic consumer demand both softened in the wake of the pandemic. Net exports as a share of the country’s GDP growth surged to a record 28 per cent last year before moderating to 19.5 per cent in the first three quarters of 2021, still the second highest in at least 12 years.

From brown to green

This broad export resurgence comes at a time when the government’s high-level strategy of shifting to more sustainable growth has seen it curtail exports of some of the most polluting industrial products and technologies.

China has twice raised export tariffs for some steel products this year, for example. The rate for exporting ferrosilicon has doubled to 40 per cent in a few months. In August, the government also scrapped tariff rebates for exporting products such as steel alloy powder and steel troughs. As a result, steel exports have declined month-on-month for five straight months through November, which saw the lowest value since late 2020.

As the country takes aim at some more polluting exports, a new generation of Chinese manufacturers are proving nimble at capturing booming global demand for ecofriendly goods. While domestic consumer demand for sustainable goods remains nascent, these manufacturers have built competitive positions in global export markets for their products ranging from e-bike motors to digital printers and recyclable artificial turfs. Here we take a quick look at a few examples of this emerging new type of Chinese export.

Riding an electric bike could greatly reduce one’s carbon footprint by avoiding emissions from petrol-powered vehicles. In the fallout of the pandemic, e-bikes provide a green and efficient alternative to public transport. Their sales in Europe, the world’s biggest e-bike market, are projected to grow at double-digit rates over the next few years from currently around 5 million bikes a year.

Chinese producers of hub motors for e-bikes, such as Bafang Electric, Ananda Drive Techniques, Shengyi Motor and Suzhou Tongsheng, are taking advantage of the existing cycling culture in Europe that, coupled with clear European Union regulations and infrastructure support, is driving uptake of the vehicles. These companies have to adhere to stringent European Commission standards for packaging, waste treatment and product safety. This has not only helped them take significant market share in Europe but makes their products ready for use in other potential markets too.

Traditional printing and dyeing methods typically involve plates, plenty of water and oil-based ink in a multistep process, which is highly wasteful and often toxic. By contrast, digital printing uses only half of the energy and helps reduce pollution by as much as 90 per cent.

Awareness over green printing remains weak in China, with less than 10 per cent of textile businesses having adopted digital inkjet printing. By comparison, digital printing has gone mainstream in Europe. Chinese providers of digital solutions are therefore looking to Europe as a potential marketplace for significant growth. One firm based in eastern China has developed a printing process that minimises water use and avoids hazardous chemical release. Digital printers are likely to continue rapidly gaining market share, particularly in the textile and design industries.

Artificial turf has, in the past, not been viewed as “green” in anything but colour. Concerns remain about the level of carbon emissions from production, waste treatment, the decreased ability to absorb groundwater and the damage caused to insects and worms living beneath them.

But fake grass is getting greener, figuratively speaking, as products become increasingly recyclable (and increasingly made from recycled input materials), and demand has been surging over the last few years, especially among water-scarce regions like the Middle East where conservation is essential.

For Chinese turf makers including companies like Cocreation Grass, Bellinturf and All Victory Grass, this presents an opportunity for those who can comply with regulations on chemical composition and the treatment of dust, sewage, and solid waste to tap into a new area. One firm, for example, sells steam from its production unit to a nearby food producer for higher energy efficiency and is improving the drainage and reusability of its products.

The list goes on. Solar panels are another area where China has emerged as the preeminent global export supplier. And while awareness and demand for many types of environmentally friendly products lags in China’s home market, electric vehicles are an exception where government subsidies have successfully fueled a boom in consumer demand. The country accounted for 51 per cent of new EV sales globally in the first three quarters, up from 41 per cent in 2020.

Despite the heavier focus on greener product innovation for export, we do expect more Chinese companies to seek to reduce carbon emissions at home, from the products and solutions they sell to the footprint of their own operations. This in turn suggests there will eventually be a huge domestic opportunity for green products, as a growing proportion of Chinese consumers start to consider the impact of their purchases in the move towards net zero.

In the meantime, it is increasingly clear that, thanks to rising global demand, China’s exporters have attained enough market share across a range of relevant product categories, such that the country’s overall exports may be taking on a brighter shade of green.