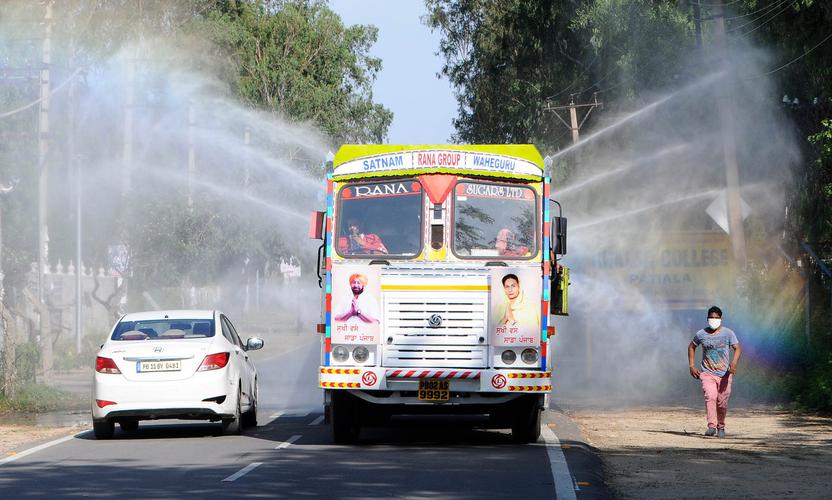 As a key emerging market and a proxy for global risk appetite, India took the full brunt of investor sell-offs this year. The world’s second most populous country after China has been in nationwide lockdown since 25 March, a measure that has been extended to 17 May, albeit with certain relaxations in less-impacted areas. Foreign investors have voted with their feet, with $4.7 billion in net outflows from institutional investors in March.

But closer to the ground, the picture in India is more nuanced.

Despite the exodus of foreigners, domestic investors have been strong buyers of India equities. As of 6 May, the Sensex Index is down 23 per cent year-to-date, after recovering about half of its losses from the bottom in late March.

India’s infection numbers so far look relatively mild compared to most other major countries, although testing rates may account for some of the differential, and daily new infections continue trending upwards. It’s too early to say when India’s outbreak will stabilize, but signs of the economic pain are emerging, with plunging activity across services and manufacturing, as well as widespread job losses.

Apart from China, where the outbreak first began, most large emerging market economies face a range of idiosyncratic concerns when it comes to how they are positioned to respond to the coronavirus outbreak. Brazil, Russia and Indonesia are all dealing with challenges of their own in the healthcare and policy arenas when it comes to containing the spread of the virus or curtailing its worst effects. India is the world’s biggest democracy and features a relatively young but still rural population, and policymakers must navigate carefully through budgetary and logistical challenges.

Steady and targeted stimulus, with constraints

India’s policy response to Covid-19 has been measured relative to other large countries like the US and China. On the monetary side, the Reserve Bank of India has cut policy rates by 75 basis points, reverse repo rate by 90 basis points, cash reserve ratio by 100 basis points and called for a moratorium on term loan and credit card repayments. On the fiscal front, the government has announced cash and kind support for lower income group households.

India’s consumer debt-to-GDP is one of the lowest among emerging markets. Combined with various other measures, the transmission of liquidity into the real economy has been patchy but decent during this crisis.

Our concerns are more on the fiscal side. Room for fiscal intervention is limited, given the budget deficit was already large and the economy was slowing before the coronavirus outbreak. So far, the government is taking a wait-and-see approach, focusing on fiscal discipline and controlling the deficit.

A lot of the subsidies India has announced will go directly to consumers. This includes increasing subsidies for farmers and handouts of wheat and rice for the poor. But it’s unclear if what’s been done will be enough to temper the economic blow to people’s livelihoods. This is especially a concern for vulnerable groups like consumers with higher debt burdens, or migrant workers living in expensive urban areas.

One mitigating factor is low oil prices, which give a boost to India’s current account balance because the country is a big net importer of oil. This gives the government some room to focus on boosting private investments and employment.

India has a broad investment universe with many companies having returns-on-equity in the mid-teens, which is high for the EM space. It features a strong private sector with large companies that benefit from favorable demographics.

Financials are among the most impacted in the short term due to increasing bad loans in the system, but continue to have a favourable longer-term growth outlook given the economic trajectory. We think private sector market leaders among both banks and non-banks will be best able to manage liquidity and weather the storm. Asset quality matters more now and our recent conversations with management have focused on that issue.

Payment processing is another factor. A significant amount of consumer lending in India still relies on cash collections and may be impaired where face-to-face meetings are restricted; companies and customers that rely on electronic modes of repayment will be less disrupted.

By contrast, we expect consumer sectors to hold up better than the rest of the market, and we continue to look for quality companies with relatively high growth and market share, who are likely to come out stronger from the crisis. Despite the lockdowns, businesses and services classified as essential may operate as normal in both production and distribution, and investors seem to be putting a premium on their earnings visibility.

Companies like grocery retailers are moving their digitisation strategies to the forefront. Some have come up with novel ways to meet demand from homebound customers, like fulfilling bulk orders for entire building networks with hundreds of units.

Uncertainty remains over the duration and scope of the Covid-19 outbreak in India. Before the coronavirus hit, the economy was just coming out of a cyclical bottom; the outbreak means it will probably linger near the bottom for longer before regaining momentum.

We don’t think this changes India’s country’s long-term structural growth story. In terms of GDP per capita, India today is where China was in 2006. India is also younger and more rural, and ongoing urbanization should bring greater economic returns for years to come.