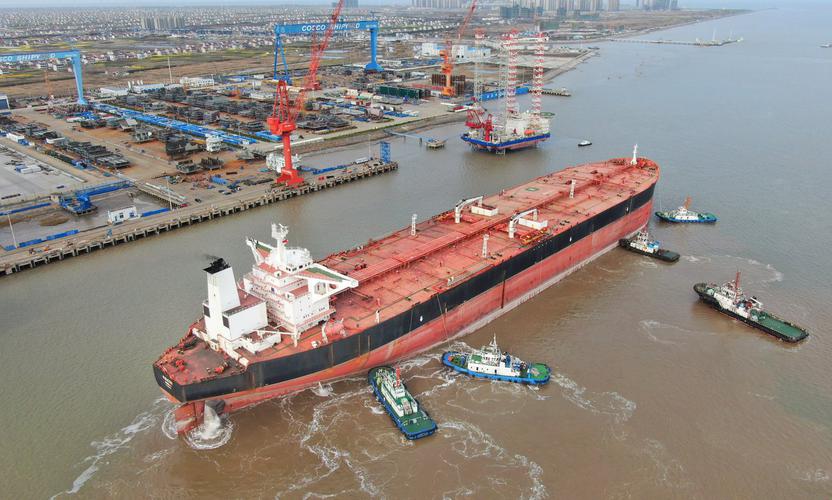 As lockdowns persist across much of the world, people are not out driving cars or taking planes, so global oil demand has remained weak even though prices have plunged. Crude inventories are building fast, and global onshore storage will approach capacity sometime in May. Cushing, Oklahoma - the designated delivery point for West Texas Intermediate (WTI), the benchmark US oil futures contract - is likely to be one of the first facilities to reach its maximum storage level in the coming weeks.

As land storage fills up, traders and oil majors have been looking to store crude on vessels, the logical choice being Very Large Crude Carriers (VLCCs) given their huge capacity. An additional reason for the spike in storage demand is the steep contango curve in oil futures markets, where futures are significantly higher than spot prices. This allows traders to take delivery in the near-term and sell it 3 to 12 months into the future, locking in hefty profits today. This “oil cash-and-carry trade” is becoming popular, because these ships are relatively accessible compared to land storage depots which have higher barriers to entry.

A simple example (with rough estimates and excluding interest) illustrates the economics involved: Since 10 March when Saudi Arabia announced it would flood the oil market, the difference between 4-month Brent futures and 1-month prices averaged $6 per barrel. Each VLCC can carry 2 million barrels of oil. This multiplies out into $12 million in potential revenues for a trader seeking to arbitrage the gap, as long as they can accommodate physical delivery of the oil for a few months. Dividing the potential revenue by the 90 days in that time period equals $133,333 per day in breakeven freight rates. In other words, a trader can make a profit so long as VLCC hire rates and interest, i.e.- the trader’s storage costs, are below $133,333 per day.

This demand for storage is providing a floor to VLCC freight rates. Of course, in the real world, prices can fluctuate dramatically from day to day, and tanker rates dropped sharply last week (from US$164,000 to US$82,000) bringing down shares in tanker companies, too. But for most leading VLCC operators, their cash breakeven cost for a VLCC is just $25,000 per day. So both the trader and the VLCC operator still have ample room to squeeze profits out of the oil futures curve. And with rates now lower, the floating storage trade has become more profitable and we expect chartering activity to pick up.

Besides astronomical freight rates, the market for tankers themselves is being buoyed by a moderating supply of vessels and rising asset prices. Prices on the second-hand market illustrate the demand: a resale VLCC currently costs around $102 million, more than the $91 million for a newbuild.

On the face of it, it seems counterintuitive that low oil demand would result in high tanker demand. But tanker demand is driven by oil production, which has been more influenced by geopolitics recently. For example, when Saudi Arabia decided to flood the market with oil in March and started actively chartering vessels outside of their own Bahri tanker fleet, it drove a global hiring spree.

Even factoring in the OPEC+ headline cuts of 9.7 million barrels per day, announced on 12 April, production levels remain elevated and reductions have ultimately been insufficient to mitigate the demand destruction. The result is a surplus of oil which needs to be stored and eventually taken somewhere.

Storage capacity estimates vary widely depending on assumptions for utilisation. The global onshore available storage range is around 1 billion to 1.8 billion barrels, assuming a 75-100 per cent utilisation rate. In our base case, the global implied build in 1H is 1.3 billion barrels, which would test the lower limit of the capacity range sometime in May.

Where does the broader market go from here?

The crude and oil products markets will soon be overwhelmed with new inventories. Countries that have a large proportion of domestic crude production that is inland and sitting behind miles of pipe and storage facilities will see crude differentials blow-out, regional storage fill up and forced shut-ins occur. This is especially true for the US, and WTI crude in particular.

Eventually, however, we will reach a crossover point where supply contraction catches up with normalising demand, and we start the ‘re-balance’ phase. At that point, spot prices should begin to inflect higher and energy equities could start to outperform. Around the same time, tanker stocks would begin to underperform as oil futures should flip to super-backwardation, with longer-dated contracts priced much lower than near-term ones. But for now, oil tankers should continue to enjoy blowout demand.