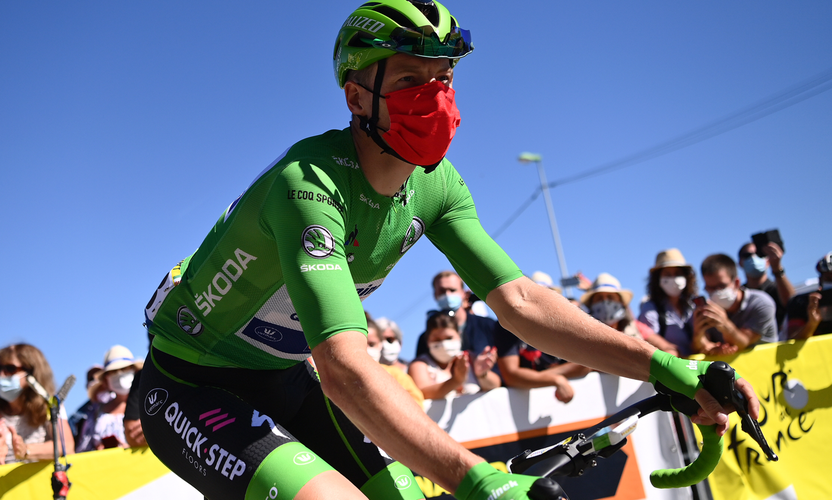 Despite local lockdowns and travel restrictions over the summer, earnings are generally beating estimates and earnings per share (EPS) are bottoming out in the US and Europe. Ongoing global monetary and fiscal support has helped even highly indebted companies stay afloat. Greater focus on resilience, particularly in China, and sustainability is benefiting domestic economies and altering supply chains. However, narrow market leadership, inflated valuations and negotiations around fiscal limits remain potential risks.

Beneath the surface, style matters

Earnings per share have been a key driver of market performance in recent months, particularly among the top five tech companies in the US. Collectively, they pushed up the US stock market (against seasonal trends) at a rate for August not seen since 1984. Beneath the surface, however, style has mattered more for the rest of the market. In the value category, EPS has declined by 50 per cent year-on-year in aggregate, while growth companies’ EPS has fallen 15 per cent. The US and the rest of the world have also diverged, with EPS in the US dropping by a third compared to circa 50 per cent elsewhere.

While style remains an important factor, we have become less concerned about size. During the March crash, it was tempting to opt for large, liquid names. Now a broader range of opportunities in small and mid-caps has opened up, provided investors consider crucial metrics such as balance sheet strength, growth trajectory and valuation. This wider exposure helps diversify portfolios at a time of narrow market leadership, especially for those with a growth bias. It also helps avoid value traps in areas such as banking and real estate, while retaining the ability to catch some ‘falling knives’ in sectors such as airlines and aircraft manufacturers. Those with strong balance sheets should survive this crisis and ultimately capture a greater market share. In this context, we have been finding more opportunities recently in Europe and Asia than in the US.

The declining trend in initial public offerings may appear to limit access to growth opportunities. However, equity rights issues have increased 150 per cent year-on-year as companies seek to use the stock (as well as bond) markets to repair their balance sheets. These offer us opportunities to participate in corporate growth via public markets, as well as private ones (ahead of future listings via pre-IPO financing), especially in the digital space.

More challenging is to ensure we pay the right price for growth. For the first time ever, we have an (almost) global zero-rate environment, plus a large amount of quantitative easing, that is expected to persist. Together these have the potential to inflate share prices far above their intrinsic value, creating a dangerous divergence for long-term investors. Present and future value compete with each other as revenue expectations in five years’ time are priced as if they were happening already. This inevitably induces market complacency and increases susceptibility to sharp reversals if these expectations are not met.

Building resilience in China and sustainability in Europe

While monetary policy will remain loose, Federal Reserve chairman Jerome Powell’s recent comments at Jackson Hole indicate that the Fed is likely to be more reactive than proactive going forward. This is consistent with the high levels of policy support already in place. It is still uncertain how much additional fiscal policy action we can expect in the US, but an interesting global development has been the focus on building national resilience.

While the election is dominating the near-term outlook in the US, in China, there is ongoing reform to increase domestic resilience and consumption, in the wake of the trade conflict as well as Covid-19. As part of a plan to reduce reliance on exports and the global economy, China has been accelerating attempts to bring important parts of the supply chain closer to home.

In Europe, the effort to sustain individuals as well as companies has been marked. The EU’s focus has been on greening the recovery and building in conditionality. This accelerates a sustainability trend that was already underway at corporate and government level, particularly around supply chains. And as the recent Boohoo controversy showed, it is less a question of the length and geography of the supply chain and more about the governance and scrutiny of them.

Romain Boscher, Global CIO, Equities, says: “Covid-19 has forced commerce to the ESG table. Companies are having to take these issues much more seriously than before, as they are affecting not only supply chains, but also reputations, and having a more visible impact on the cost of capital.”[1]

From a government perspective, the resilience of supply chains has become a national security issue, especially in the medical and pharmaceutical industries in the wake of the pandemic. While cross-border activity continues, there is a greater desire to have speed and security of supply within borders, especially given trade tensions. As more countries consider how to achieve a circular economy, onshoring efforts are likely to form part of levelling up strategies such as the proposed regeneration of Northern England.

Andrew McCaffery, Global Chief Investment Officer, Asset Management, says: “Companies will look not only at making supply chains more efficient but also at the different forms they might take. Governments will focus on certain key sectors and how they can sponsor activity within national borders.”

Inflation and the US dollar

Given the scale of monetary and fiscal intervention this year, it is not surprising that some asset prices have become inflated. It remains to be seen whether this will flow through into goods inflation in the real economy. Despite delays to fiscal extensions in the US, fiscal policy is unlikely to revert quickly to austerity while production and demand remain weak. Whether inflation re-emerges as the economy picks up depends on how and when the support is rolled back and how far the creative destruction of capitalism is pushed to one side or, for example, zombie firms are allowed to stumble on.

Expect further debate around universal basic income in the wake of widespread job losses and around how far fiscal limits can be pushed before the ensuing debt burden must be dealt with. While easy monetary policy should help sustain higher debt levels, it may not prevent disquiet in the bond markets and a backing up of longer-dated yields if issuance remains high and the Fed remains reluctant to instigate yield curve control.

McCaffery says: “The opportunity for inflation to pick up is still on a multi-year profile with sustained fiscal and monetary support. But I would look, shorter term, to the bond markets for true signs of whether inflation concern is creeping up meaningfully, and to longer-dated bond yields and steepening curves to see if they challenge expectations of stability.”

With US rates now close to the zero bound, the dollar has trended lower in recent months, and flows may move to where the carry is higher (e.g. Chinese bonds). The Fed is likely to go on printing dollars to provide support for some time, but not indefinitely. The question is whether the dollar and bond yield trends can remain stable in the medium term. If they do, then Asia and Europe are likely to benefit from capital flowing to them, but that is a growing ‘if’ after the recent run of flows with minimal challenge.