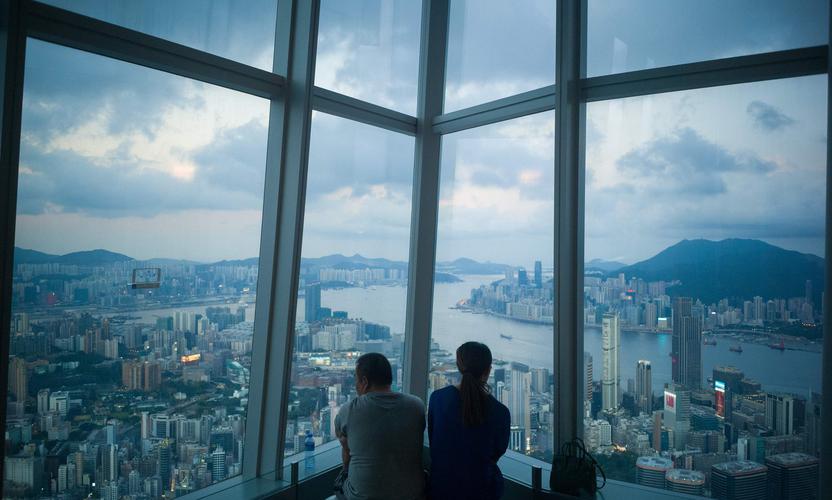 Hong Kong’s economy has had a rough ride in the past year. The recession that began last summer during months of protests has deepened dramatically since January in the wake of the Covid-19 fallout. For detractors, one of the world’s great financial centres has looked at risk of spiralling into decline.

Most recently, protests have reignited over proposed national security legislation, and president Donald Trump’s administration has asserted Hong Kong’s loss of autonomy, threatening to revoke the city’s status as a special trading partner of the US. These developments have created volatility in the markets and raised uncertainty for investors, but we think it’s important to maintain perspective. To understand the unique resilience of Hong Kong’s role as an international centre of finance and commerce - and why we think that’s likely to continue - we need to step back and consider three much bigger dynamics that are playing out globally, and how Hong Kong is positioned against each of these.

First, there is the obvious backdrop of the trade war. As I wrote in February after the initial truce between the US and China was announced, investors shouldn’t be too optimistic that tensions will ease. I signalled the diverging approach to monetary policy between the Federal Reserve and the People’s Bank of China, as well as the growing gap between the two countries when it comes to regulating technology companies. But it is clear that tensions will manifest themselves in evolving ways, and Hong Kong now appears to have been caught up in the dispute.

What happens next? Although I view it as unlikely, the US could revoke some special treatment and favourable trading terms with Hong Kong. These include suspending Hong Kong’s status as a separate customs territory from the mainland, as a separate destination for technology exports, and disallowing a free exchange between the Hong Kong dollar and US dollar. The first two measures would have limited impact given Hong Kong’s economy is now less reliant on exports, and these only account for a small percentage of GDP. The third would be more drastic but also more complicated to implement, and it would damage US investments and interests in Hong Kong.

Most pessimistic views on Hong Kong focus on the decline of its economic clout relative to the rest of China. This misses the point. China is transitioning from being a low-cost producer of goods to a more developed and self-sufficient economy led by consumption and services, and Hong Kong still has an important role in this transition over the medium term. In the current context of deglobalisation, and the rising localisation or regionalisation of supply chains - partly in response to the vulnerabilities that have been exposed by Covid-19 disruptions - I think Hong Kong’s proximity to the mainland only increases its relative value and importance as a services hub.

At the same time, Hong Kong’s role as an international financial centre has, if anything, grown in importance for the rest of China in recent years. China’s slow and steady relaxation of capital controls means that Hong Kong has been a key gateway for Chinese companies to access a deeper and broader base of foreign investors, for example through programs like Stock Connect or Bond Connect.

Moreover, the repatriation of some listings from the US to Hong Kong demonstrates Hong Kong’s strategic importance as a financial hub. We think this is a trend that’s likely to continue, especially when it comes to Chinese tech companies, which are some of the country’s most vibrant and valuable firms to date.

3. Hong Kong still matters to the US (and the rest of the world)

Alongside London and New York, Hong Kong remains one of the world’s biggest and deepest centres of international finance. In many ways, the city is still where global investors come to access China.

This is the case for the US more so than most countries. The US enjoys an annual goods and services trade surplus with Hong Kong of over $30 billion. Cumulative stock of US FDI in Hong Kong is over $80 billion. Over a thousand US companies have branch offices or regional headquarters in Hong Kong, while more than 80,000 Americans live in the city.

Ties like these have been built up over many years and are not easy or quick to unwind. To the extent that the Trump administration introduces punitive measures targeting Hong Kong (which I do not view as the base case, especially when it comes to the prospect of broad sanctions), US economic interests will be damaged, too.

By now, most investors have grown accustomed to the idea that we’ve entered a noisy period in terms of geopolitics, but also one of heightened rhetorical posturing on all sides in the runup to November’s US presidential election. But we should realise too that the broader backdrop of two powers colliding on a range of issues will endure long after the ballots are tallied.

In areas where frictions between the US and China come to the fore, such as in technology supply chains, or with regard to Hong Kong’s situation, we are bound to see recurring flashpoints going forward, and this is likely to continue to create volatility. But to the extent that this risks distracting from what are otherwise sound fundamentals or a solid investment case, investors should consider getting comfortable enough looking through them.