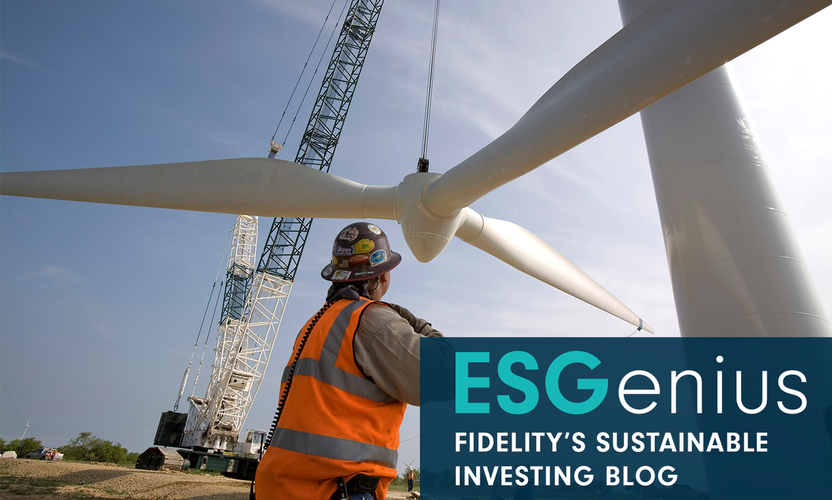 But the recent rush for green bonds has often made them more expensive than ordinary bonds issued by the same company, despite offering the same returns. This green premium, or ‘greenium’, may prove justified in some cases, but generally we think investors should consider a more holistic and flexible approach - one that aims to select securities that offer a good risk/reward ratio, while still powering the transition towards a low-carbon economy.

Increased interest in strategies that employ environmental, social and governance (ESG) factors has spurred a rise in the number of dedicated green-only funds globally, which in turn has triggered a surge in green bond issuance. Following a slow 2018 on the back of lower US and Chinese issuance, green bond sales shot up by 53 per cent in 2019. Euro-based issuance dominated with over 45 per cent share.[1] Within the European investment grade market, around 6 per cent of all corporate bond supply was green. This compared to 4 per cent in 2018. Nearly €5 billion of green corporate bonds have been issued year-to-date in 2020, across real estate, retail and utilities.[2]

While we support the environmental aims of green bonds, we take issue with their pricing. For example, we note that they often trade at a premium to their ‘brown’ counterparts (i.e. green spreads over the risk-free rate are tighter than brown spreads). This so-called ‘greenium’ appears to persist even where the credit risk of green bonds matches that of brown bonds issued by the same company. This dynamic can partly be explained by supply factors. Sourcing green bonds in the secondary market can be time-consuming, adding to the attraction of new issues. The latter are often oversubscribed multiple times, and pricing can be aggressive.

The greenium can also partly be explained by the composition of green indexes themselves: a high proportion of the BofA Merrill Lynch Green Bond index, for example, is issued by quasi-sovereigns, financials and utilities. Ordinary bonds from such issuers typically trade ‘tight’ compared with the broader market, so it is less surprising that their green bonds do too.

Other factors also explain the difference. When we drill down into individual issuers, we also find a premium between their own green and ordinary bonds. Plotting the spread of a green bond against its brown bond with the same maturity reveals a premium of around 7bps of the green bond over the brown (see chart 2). If all else was equal, green bonds vs brown bonds would trade along the y=x line, but there is a skew to green bonds trading more closely to the risk-free rate than their brown counterparts.

The size of the premium on an individual company’s green bonds differs across sectors and can evolve over time. As a company issues more green bonds, they form a higher proportion of its overall debt make-up and the premium gets ironed out. But for companies that have just one or two green bonds in issue, the premium can be meaningful and is worth paying attention to.

The utility sector has been at the forefront of the green bond wave, using them to fund the transition to a low-carbon economy. Many companies in the sector have issued green debt at both a senior and hybrid level, meaning the greenium is much less visible. Sectors where green issuance is less common, such as telecoms, exhibit much more of a premium. Vodafone, for example, has one green bond, which tends to trade around 10 basis points tighter than an otherwise equivalent brown bond.

The greenium can also show up in new types of so-called ‘transition’ bonds, such as that issued last year by Italian utility Enel. These bonds are not defined as ‘green’ but are designed to demonstrate Enel’s commitment to achieving its environmental goals. The coupon on those bonds is explicitly linked to the company’s ability to achieve various climate change targets in line with the UN’s Sustainable Development Goals (SDGs).

We can see from the chart that the dollar bonds trade at a premium, but the euro bonds trade more in-line with the rest of the  Enel curve. This may be explained by the fact that such bonds are more of a rarity in the dollar-based world than in Europe, and the European Central Bank cannot buy them as part of its quantitative easing programme.

Are green bonds worth it?

Green bonds can and should form part of any environmentally-conscious portfolio, but they are not the complete answer. We believe that investors often feel compelled to buy green bonds for ESG portfolios, yet end up paying a significant premium for environmental value (that is often already being created by the company across its operations) as too much capital chases too few projects.

Instead, we think it is worth evaluating companies as a whole, including how they are managing ESG factors that are material to them, especially in sectors where carbon reduction is key. By focusing on a company’s broader, long-term commitment to fighting carbon emissions and mitigating climate change, rather than solely on buying their green bonds, we believe that investors can ensure real and lasting change in corporate behaviour.