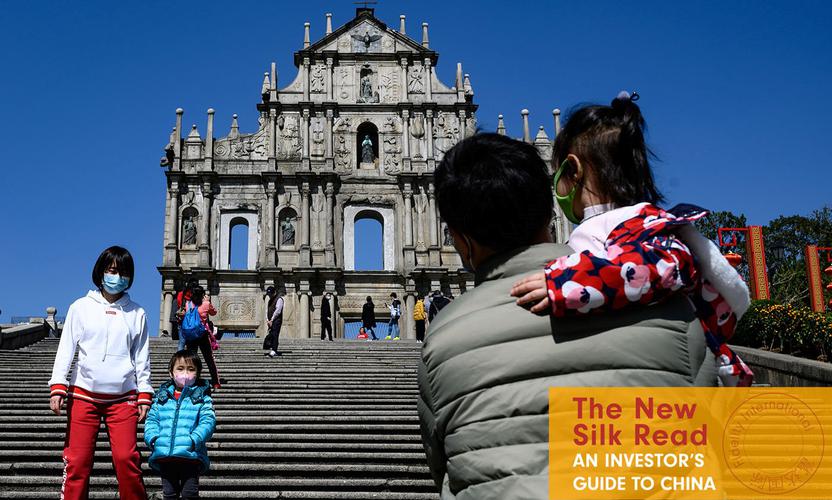 London is off limits to most Chinese tourists due to travel curbs, but an alternative, closer to home, is the newly opened Londoner casino resort in Macau. There, they will encounter a life-size replica of Big Ben, staff dressed as Beefeaters, and a hologram of former footballer David Beckham leading guests on a virtual black cab tour of London.

The Londoner opened earlier this year alongside other destination-themed Macau casino hotels like the Parisian (with a mini Eiffel Tower), the Venetian (with indoor canals plied by gondolas) and, coming soon, the Grand Lisboa Palace (named after the Portuguese capital) - all adding to an imaginative mix of exotic hotspots for those who may be feeling overly confined in China.

The world’s biggest casino hub is pulling out all the stops to lure the dragon’s share of China’s outbound travel demand, which like most other markets has been building up for more than a year amid the Covid-19 pandemic. Among the perks being offered by the Macau government are ‘buy one, get one free’ flights, while generous spending discounts for use in Macau are being dished out at travel fairs at mainland Chinese cities.

For investors, Macau offers a small but significant test case as one of the few places in Asia staging a tentative recovery in cross-border travel, with big implications for global tourism as well as the normalisation of China’s discretionary spending. While Europe and the US are moving to reopen their doors, travel restrictions and quarantines look set to stick for longer in most parts of Asia, where vaccination rates generally lag Western countries.

The reopening trade has caught on worldwide since the third quarter of 2020, spurring huge gains in some travel-related and consumer discretionary stocks, especially in Europe and America. Asia has seen milder rallies, with shares in Macau casino operators, such as Galaxy Entertainment, Sands China and SJM, still lagging Western peers. Gambling demand in Macau, the only place on Chinese soil where casinos are legal, often serves as a bellwether for the country’s discretionary consumer spending. Outside the equity realm, Macau casino bonds are a key component of Asia’s high-yield dollar credit market.

Before the pandemic, outbound Chinese tourists were the fastest-growing source of visitors for many countries, with average annual overseas spending of around $250 billion in the years leading up to 2020, according to government data. Their annual global spending more than quadrupled over the decade through 2019.

While still a shadow of their pre-pandemic levels, outbound Chinese tourists have underpinned a choppy recovery in Macau, thanks in part to the city’s standout record of Covid control - an uninterrupted streak of zero local infections that first began in April 2020. A travel bubble between Macau and China’s mainland has been up and running since September, supporting a rising trend in casino revenue until the end of May, when a new wave of infections hit the neighbouring province of Guangdong.

Under the quarantine-free travel arrangement, daily visitor arrivals jumped to about 26,500 in April, more than tripling from the third quarter of 2020, according to official data. Encouragingly, casino revenue came in at 10.4 billion patacas ($1.3 billion) in May, the highest monthly tally since the start of the pandemic. While these are still small fractions of pre-Covid levels (Macau had an average of 110,000 visitors per day in April 2019, and 26 billion patacas in casino revenue in May 2019), they offer encouraging signs for the reopening trade.

Macau overtook Las Vegas in 2007 as the world’s biggest casino hub by revenue. However, unlike in Las Vegas where casinos generate less income than non-gaming tourism, the Chinese territory relies on gambling for some 80 per cent of its fiscal revenue.

Currently, most gamblers visiting Macau are so-called premium mass players, whose spending power falls between high rollers (who can gamble tens of thousands of dollars per hand) and traditional cash-based “mass-market” players. Even with the travel bubble, soft restrictions remain in place, such as stringent Covid tests, slow visa processing and frequent checks at transport hubs. As such, those who have taken the trouble to visit Macau these days tend to stay longer and spend more freely than usual. An average visitor spent 3,556 patacas ($443) in the first quarter, more than triple that of last year and - most tellingly - more than double the 2019 level, official data show.

Adding to evidence that high spenders are returning is the fast recovery of luxury sales in Macau, where the sight of queues outside top luxury shops like Hermes and Prada is back. Some high-end retailers there have seen revenue exceed pre-Covid peaks. The travel bubble helps to divert Chinese luxury consumers from Hong Kong where quarantine is required.

There are, however, bumps in the road to recovery, with regional Covid trends posing constant threat to cross-border travel. The latest outbreak in Guangdong prompted health authorities to test millions of residents and tighten travel rules. Vaccine rollouts have also sped up across the country, with more than one billion doses given as of late June. Daily new local infections in Guangdong have fallen back to zero. Macau’s pace of recovery will depend much on how well China keeps the virus in check.

China’s domestic tourism is already showing signs of a boom that began last year, although outbound or cross-border travel remains very much limited to Macau as the only quarantine-free destination. Domestic flights, rail passengers, subway rides and (sadly) traffic jams have all fully recovered to 2019 levels. Some 230 million travellers hit the road in the seven-day Golden Week holidays in early May, up 9.2 per cent from the same period of 2019 and more than double the 2020 volume, official data show.

Macau no doubt hopes it can cash in on a bit of the action and be the first port-of-call as mainland China’s outbound tourists start stepping out again. The rest of Asia, and the tourism-dependent industries globally, will be watching.