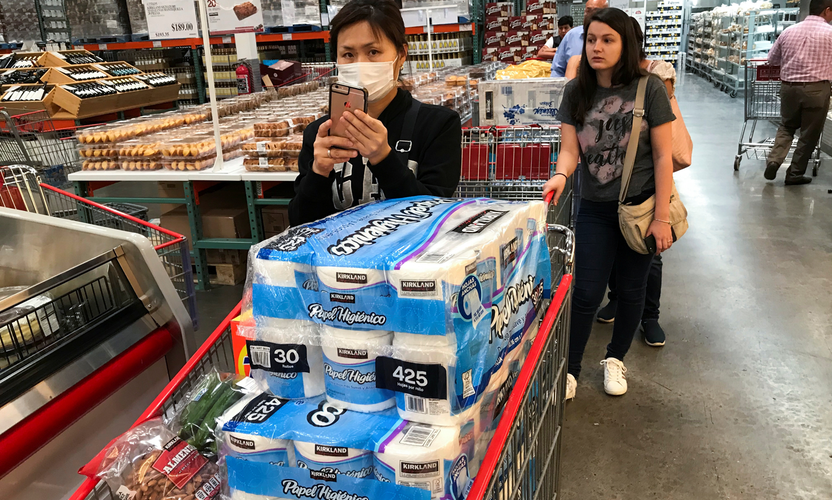 The global economy is in a precarious position. Whatever definition you use for a recession, we are in one. The question is not whether there will be a global recession, but how deep and long will it be.  To prevent this recession evolving into a depression, governments must be bold and creative in deploying new, comprehensive and large-scale fiscal tools, which specifically address the current crisis, rather than solely relying on the existing tool kit designed for crises past. The multitude of policy measures announced in the major economies over the past few days is certainly encouraging but more will be needed to help countries – and their people - cope.

As containment measures designed to slow the spread of Covid-19 also halt economic activity, we expect GDP growth in most developed countries to contract in 2020, with two or three quarters of deeply negative growth. The contraction in the second quarter is likely to be on a scale never seen before. Regions will tentatively start to grow again towards the latter part of 2020, but the recovery is likely to be weak. Do not expect V-shaped graphs.

Indeed, our current base case, a ‘protracted rebound’, suggests a laboured climb dragged backwards by a negative feedback loop between China and the rest of the world. Despite the nearly full resumption of activity, China – past the supply shock - will face a huge fall in demand as the global economy contracts. In a worst-case scenario, China’s economy could also contract over the year, but it’s more likely to have low single digit growth in 2020, similar to levels we had been accustomed to in developed markets.

Second order effects from the Covid-19 shock, such as the unwinding of excesses accumulated in the economic system during the post-financial crisis period, are also likely to hit growth.

Systemic risks stemming from corporate leverage are already resurfacing, with the US energy sector now in the spotlight. The double whammy of the virus disruption and the recent collapse in the oil price is set to unleash a wave of corporate sector defaults over the coming weeks. This will spill over into the real economy and financial markets.

The high leverage of households, excesses in the housing market, and the precarious fiscal positions of many developed and emerging markets are further areas of vulnerability that, if unwound, could lead to further dislocations, magnifying the shock. Under our current base case scenario, we expect some reversal of the excesses, but, for now, not enough to trigger a fully-fledged financial crisis.

We think the Eurozone is the most exposed of all the regions. It already faced a weak growth outlook before this crisis, but the virus-related shock presents one of the biggest - if not the biggest - challenge the member states have seen so far.

Existing structural fault lines, the unfinished integration within the union, as well as the lack of political cohesion, make the Eurozone particularly vulnerable to another crisis. It is possible, however, that this one will make the options of fiscal union and debt mutualisation more palatable, possibly triggering further integration, which is the only way for the bloc to remain intact over the long term.

Meanwhile, the European Central Bank is back to its ’whatever it takes’ mode. Its €750 billion Pandemic Emergency Purchase Programme (PEPP) announced on 18 March is a formidable new weapon. The combination of €20 billion of monthly purchases announced in September 2019, the €120 billion program announced 13 March, and the PEPP, implies monthly purchases of more than €100 billion (if spread equally), beating the previous peak purchases of €85 billion for several months in 2016. The PEPP has fewer constraints than previous programmes and should bring Italian yields back down, buying European governments precious time to coordinate further fiscal responses. But this is not the last weapon the ECB will have to deploy in this crisis.

The question of how bad the impact of the virus on the economy and markets will be is highly complex. Our scenario analysis suggests a wide range of outcomes, from a mild global recession with contraction in developed and some emerging countries to a deep 2020 recession encompassing all regions. The difficulty for economic forecasting in this environment is that events are highly fluid, with new daily developments literally rendering yesterday’s assumptions obsolete. Because we know so little about the virus - its spread, treatment, duration and the reliability of case statistics - and so little about the potential effectiveness of policies and the behaviour of consumers and firms in such an unprecedented situation, it’s extremely difficult to model the effects on the economy with high level of conviction.

As the virus progresses, we will be able better to understand all the moving parts and how they interact. We are entering a new phase in the global economy, matched by new monetary tools and fiscal measures. Investors will have to adapt to the new paradigm.