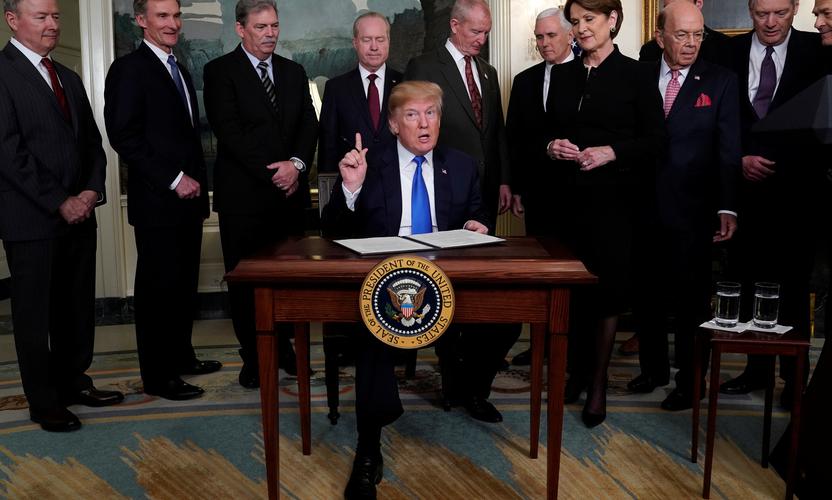 As the trade dispute between the United States and China rumbles on, it is becoming increasingly clear that this could have a meaningful impact on China’s economic prospects.

But it won’t be the impact that most people expect.

To put things into perspective, the impact of the tariffs first proposed by Donald Trump's administration is not that big of an issue for either country in terms of gross foreign trade volumes. Rather, we should focus on the impact that tariffs could have on China’s current account positioning. This could have significant implications for China’s need and ability to attract foreign capital, and ultimately for the renminbi. As a result, I think China’s bargaining power in the trade dispute could be weaker than commonly perceived, and I see several ways this may manifest in outcomes for asset prices.

First, a caveat. History has taught me the limitations of our ability to predict political outcomes, particularly on a global scale. The range of possibilities is simply too wide to have a reasonable chance of being correct. So I will attempt to frame the narrative of the current global trade debate and infer some very high-level observations for global emerging market asset prices, particularly as they relate to China.

What's in a tariff?

A closer look at how the mooted 25 per cent bilateral tariffs compare to trade volumes shows that they might not be as bad as headlines suggest. Let’s assume negotiations stall and the current 90-day tariff truce fails to prevent the rate rising to 25 per cent from the current 10 per cent level. What then?

The targeted goods amount to around $400 billion to $500 billion of trade between the US and China. Applying a simple 25 per cent tariff to that amount implies an increase in traded goods value of $100 billion to $125 billion. This is not a game-changing number when viewed in the context of gross trade volumes for the two countries, which combined amounts to around $4.1 trillion.

The $100 billion tariff impact becomes more interesting when it is viewed in the context of China’s current account and Balance of Payments.

A familiar pattern in emerging markets

This is often the story in emerging markets. Many EM countries run current account deficits, but when the domestic economy slows, terms of trade deteriorate or local interest rates are not increased quickly enough, the local exchange rate is forced to act as the release valve and the currency devalues. This forces domestic interest rates higher in an effort to stem the inflationary pressures created by currency devaluation, which in turn leads to a further slowing of the local economy and ultimately a reduction in consumption and lower demand for imports. But the currency weakness also improves the competitiveness of the country’s exports, which over time should increase. Thus, a gradual rebalancing takes place where the current account (in theory at least) moves back towards balance, the need to attract foreign capital abates and eventually the pressure for further currency devaluation recedes.

So how does China’s current account and balance of payments position look as we move through this period of trade tariffs? The straight answer is, not as good as it used to.

For many years China ran a current account surplus in excess of 2.5 per cent of GDP, or around $200 billion. In the last three to four years, due to outflows from the services account, this amount has dwindled to around $50 billion to $75 billion.

This is where the tariff estimates of around $100 billion become important. By reducing China’s trade surplus by $100 billion, essentially the proposed tariffs would move China from a current account surplus position to a deficit. In that case, China would be reliant on attracting foreign capital to keep its balance of payments balanced. That could be a tall order in the current environment.

China saw a period of substantial capital outflow during 2015-2016 as the US dollar strengthened, the domestic economy slowed and a significant amount of dollar debt held by Chinese entities was swapped back to renminbi-denominated debt. The outflows abated from mid-2016 as the economy expanded following a round of fiscal stimulus, while dollar strength was tempered throughout 2017.

Ultimately, capital is attracted to those areas where it can generate the highest risk-adjusted return. China in 2017 saw capital inflows because domestic returns on invested capital were improving as the economy recovered, onshore domestic interest rates stayed at an attractive premium to offshore US rates, while the renminbi’s value was relatively stable against the dollar.

Today, two of the three conditions which were in place through 2017 no longer apply and the third, the exchange rate stability between the renminbi and dollar, may also prove unsustainable should US rates continue their current trajectory.

In fact, as the Fed rate hikes continue, Chinese onshore rates have been approaching their narrowest premiums to US rates in several years. This is not conducive to maintaining a closely managed exchange rate.

The mooted trade tariffs and the deterioration in the Chinese current account position has led China to a point where it needs more than ever to attract foreign capital - and yet the incentive for foreign investors to hold Chinese renminbi assets over dollar assets is at its lowest levels since 2008, given the narrowing China-US interest rate spread.

All eyes on the renminbi

What options does China have to respond to these pressures? Increasing domestic interest rates to alleviate the pressure on the renminbi is difficult both economically and politically, given that the private sector is already facing elevated borrowing costs and many state-owned companies are operating at profit levels that just manage to cover interest payments on debt. Debt servicing would become increasingly difficult if domestic interest rates increase, which could create problems in the balance sheets of Chinese banks.

Without China increasing interest rates, the value of the renminbi is likely to face downward pressure. This is a key reason why the current trade dispute is important to Chinese asset prices, and more broadly to global emerging market asset prices.

Much of the above narrative relies on the continued status quo of a strong US dollar and rising US interest rates. However, such an outcome is by no means certain and there are already tentative signs - in the housing market, particularly - that America’s economic expansion may be moderating. Should the US Federal Reserve turn more dovish and the pace of US rate increases slow, then much of the pressure on the renminbi will moderate. This in turn would create a more favourable environment from which Chinese policy makers could act to stimulate the domestic economy.

As ever, financial markets move well ahead of actual economic developments, and thus we must consider the extent to which the above narrative has already been discounted into equity prices. With Chinese domestic equities having declined by over 20 per cent so far this year in local currency terms, it would appear that the market is already braced for bad news.

Outlook for the broader EM space

EM equities more broadly are priced at some of the steepest discounts relative to global equities that we have witnessed in recent years - including during the great financial crisis period. It could well prove to be the case that a weaker renminbi is not necessarily bad for equity prices, given the increase in competitiveness that Chinese companies would see as a result of a weaker currency and the stimulatory impact that this may have on emerging market assets.

What is clear however is that the market will have to accept greater uncertainty as to the direction and fair value of the renminbi, and consequently all EM investors will have to prepare themselves for increased volatility of associated asset prices.