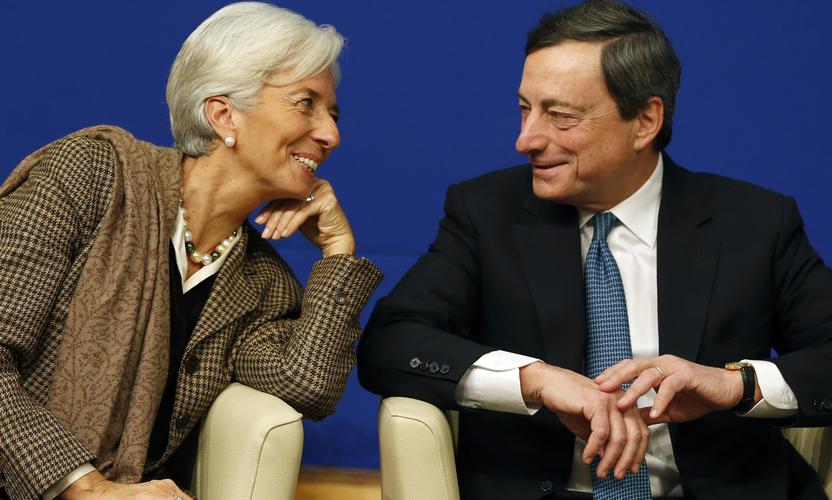 Saviour of the euro

Draghi leaves the ECB as the 'saviour of the euro', having brought the eurozone bloc back from the brink with his now famous “whatever it takes” speech in 2012. This was backed up by a series of rate cuts and an expansive quantitative easing programme, designed to tackle the European debt crisis and stabilise peripheral bond markets. Arguably, the ECB has morphed into a very different institution on Draghi’s watch, essentially becoming the region’s lender of last resort and introducing new ways to support the still faltering eurozone economy.

Following the first round of QE, when the central bank purchased eurozone sovereign and corporate bonds, the ECB became one of the largest holders of European fixed income globally. Its balance sheet has more than doubled in size since 2011 and now sits at EUR 4.7 trillion. It has also continued to cut rates after breaking the psychological taboo of the zero-rate lower bound. Following the latest cut in September, the deposit rate charged on European banks’ reserves at the ECB is now at an all-time low of -50 basis points (bps) and is expected to fall further. Draghi has used other unconventional tools, such as explicit forward guidance, deposit tiering and sizeable liquidity operations, to prop up European markets and the eurozone economy.

In many ways, these operations have been a success. Growth may still be subdued, but the eurozone economy has recovered from the trough of the crisis and, while there are still downside risks, the worst-case scenarios have been avoided.

Markets have to thank the ECB for the decisiveness with which it intervened. At the peak of the European debt crisis, peripheral countries in particular had no access to funding, with spreads on Italian, Spanish, Portuguese and Greek debt blowing out to their widest on record. The spill-over into the real economy was swift, as banks’ large holdings of then-distressed government bonds impaired their ability and willingness to lend, putting an immense liquidity strain on the system.

While the ECB has played a key role in stabilising eurozone markets, more needs to be done. Despite its best efforts, the central bank has consistently missed its sole objective: keeping eurozone inflation close to 2 per cent. Today, the realised Harmonised Index of Consumer Prices (HICP), which captures inflation rates across all countries in the bloc, sits at an uncomfortable 0.8 per cent. More worryingly, market-based measures of inflation expectations paint a bleak picture, with 5year-5year inflation breakevens at only 1.2 per cent. Markets are essentially telling the ECB that the central bank will continue to fail to deliver on its inflation mandate.

The incoming ECB President, Christine Lagarde, will have plenty on her plate, bearing the weight of Draghi’s legacy with little ammunition left and growing discontent within the Governing Council around the latest QE programme. She will have to use all her political skills to navigate still-troubled waters, amid trade wars and a slowing domestic economy.

On the monetary policy front, we therefore expect continuity and the new ECB leadership to remain accommodative. While a new 'sovereign crisis' is not currently on the radar, the latest round of asset purchases is unlikely to prove sufficient, given the weakness of the economy. We therefore expect the ECB to ramp up its efforts in spite of the internal discontent. Investors should expect an increase in asset purchases, a bigger balance sheet and even lower rates, but no immediate economic uplift.

With limited room for further manoeuvre, the ECB will do well to keep the eurozone economy on a stable, albeit slow, growth path. Indeed, further asset purchases and more negative interest rates may prove detrimental in the long run. Negative rates, in particular, place a heavy burden on banks’ profitability, challenging their traditional business models, while forcing savers to take additional risks in their search for a positive income stream.

As vigorously highlighted by Draghi at almost every press conference during his time in office, the ECB needs support from governments and fiscal policy if things are to change. However, for this to happen, circumstances may have to get a little worse before they get better, and markets may have to continue to rely on the ECB to provide support for some time to come.