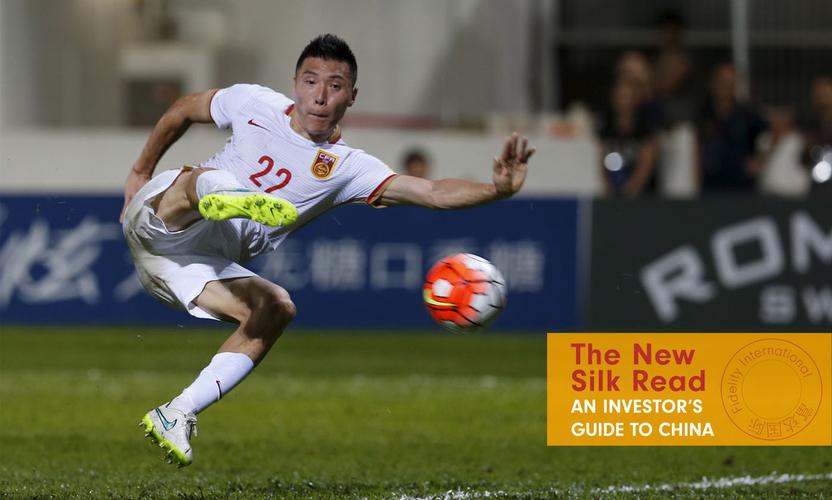 Will China once again help reflate the world? There are two ways to answer the question. We think arguments that focus on whether China has the financial firepower to deliver a ‘big bang’ stimulus - like the ones we saw in and 2009 and again in 2015-2016 - are missing the point.

In fact, China doesn’t want to reflate the world. Large-scale stimulus that sends ripples through the global economy isn’t really in China’s interest in the current environment. Instead, what we are seeing now is a more targeted approach. This creates a more positive outlook for China, but it also means that the rest of emerging Asia and indeed the world won’t be riding China’s coattails.

The latest evidence of this small-scale easing came this week, when the People’s Bank of China cut the medium-term lending facility (MLF), a key policy rate, for the first time since early 2016. It was only a reduction of 5 basis points, or 0.05 per cent. But it came after China from August made several similarly small cuts to its new benchmark Loan Prime Rate (LPR), bringing the cumulative effect closer to what developed market central banks would consider a conventional rate cut. More significantly these mini-cuts are unusual in that they come against the backdrop of rising headline inflation - but more on this point later.

China’s more targeted approach is a response to changed circumstances. This time last year, China’s economy was slowing meaningfully. While that slowdown coincided with the onset of the trade dispute with the US, the primary driver was the Chinese deleveraging campaign at home. Myriad policies were enacted in 2016 and 2017 that had ancillary effects on macro growth, including money-market rate hikes to deter borrowing, crackdowns on wealth management products, and action against the shadow banking sector. Chinese financial markets felt the pain through an equity market selloff and a spike in bond yields, despite global financial markets enjoying a strong run over the same period, and economic growth was restrained.

What we’ve seen in 2019, by contrast, has been somewhat of a turnaround. By the start of the year, policy makers had shifted their focus from deleveraging to measured stimulus. The nature of the stimulus is different from the past, however. The US-Sino trade dispute has led to some deterioration in employment, predominantly in the manufacturing sector. With overall employment levels a key pressure point for China, policymakers have focused on improving liquidity flows to small and medium sized enterprises and private firms, which are the biggest contributors to employment. This has taken the form of reserve requirement ratio (RRR) cuts and reform of the LPR mechanism - both intended to lower borrowing costs for corporates. We see local assets as the primary beneficiaries of these easing policies, including Chinese government and high yield bonds, and A-share equities.

We believe that while this stimulus may also result in better sentiment for the rest of Asia, it is not of the magnitude where it will improve fundamentals for the region. Instead, what is driving fundamentals is the dovish turn of the world’s other major central banks. This shift has allowed central banks in the region to ease policy themselves, and we see this accommodative stance persisting in the near to medium term. This should help stimulate credit growth and extend the lending cycle.

China has the ability to act. Inflation is the primary constraint on monetary policy at the moment but policymakers have more room to manoeuvre than headline data suggests. Consumer price inflation is running relatively high at 3 per cent in September, but this is mainly due to soaring food prices resulting from the impact of African swine flu on pork prices. But core inflation is half this rate, at around 1.5 per cent.

Instead, we think what matters most for China going forward is what we see as a more measured willingness to act. While the frenetic pace of Chinese growth may have moderated, and with it the ability to support asset prices across the rest of the world through scattergun stimulus, we still see plenty of opportunities for investors in Chinese assets.